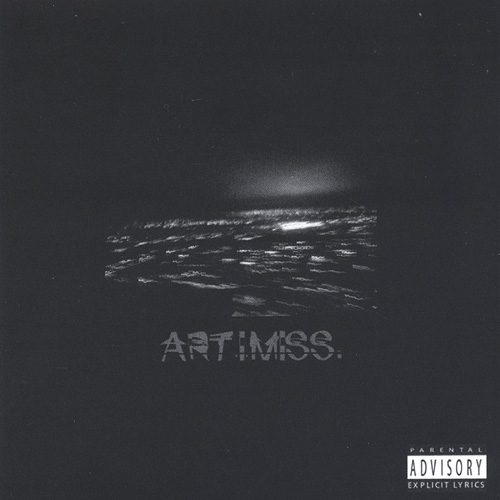 Before this review begins in earnest, I’d like to address a vexation that has gnawed at my last nerve lately – what the fuck is up with the word “backpacker”? For some baffling reason, we’ve taken it upon ourselves to divide rap music into a host of distinctly defined categories, of which we have such idiotic terms as “gangsta,” “G-funk,” “jiggy,” “backpack,” “space rap” and whatever newfangled notions kids and pretentious critics conjure up nowadays. With the invention of countless subgenres we seem to have diluted a very simple premise – there’s really only good rap – and bad rap. By manufacturing convenient, lazy terms like “backpacker” and “thug” we spend countless hours engaging in directionless infighting when the energy could really be applied to unearthing creative, passionate rap music, like this debut effort from downtown Toronto’s Art-I-Miss.

Adopting a template similar to like-minded visionaries such as El-P and Blueprint, this record is far from a conventional or linear affair. Opening track “Temptation” boasts industrial blips, a warped guitar and proto-jungle drums, a macabre and sinister soundscape for Art-I-Miss’ impassioned anti-materialistic diatribe. “Red Planet” marries skittering hi-hats and snares with a spectral piano refrain, while “Souls Bought” is almost Tricky-esque in its twisted, robotic filthiness. The staccato key-driven funk of “Radio Edit” wouldn’t sound out of place on Atmosphere’s “Lucy Ford EP,” “Rubber Swan” sounds like the Shinobi theme song if Klute got his hands on it and record highlights “Motion (Remix)” and “Home (Remix)” successfully bridge jungle, rap and breakbeat sensibilities with Roni Size like finesse. Clearly a producer to add to your hypelist, Optimus Pryme’s masterful fusion of Blockhead’s angular moroseness, the jittery white noise of Prefuse 73 and the sneering, manic electronics of Goldie and the percussive thrust of Four Tet earmarks him as one of the most promising beatsmiths this reviewer has heard on these shores.

It comes as no great surprise then, that Art-I-Miss struggles somewhat to do justice to Optimus’ progressive compositions. While artists such as Mr Lif and Illogic have adopted flows every bit as esoteric and labyrinthine as their tracks, seamlessly weaving their intricate, mercurial cadences with the complex textures of their production. Art-I-Miss’ flow, however, treads a more conventional path, proving to be a rather incongruous match to Optimus’ forward-looking concoctions. His cadence is far too strict and meticulously metered for tracks that demand something more obtuse and less rigid. While Art-I-Miss covers commendable thematic ground- his stream-of-consciousness train of thought traverses over socio-political commentary before returning to fond thoughts of home on “Red Planet,” vulnerability towards females on “Motion,” an adventurous take on abortion delivered via the perspective of the fetus (“Abortion”), his formidable artistic ideals are often defeated by a haplessly stiff flow and a host of lines that sound a little contrived – “I’m so dope, my lines are getting sniffed by Whitney,” “The difference with myself and 50 / shoot me 9 times, I guarantee each bullet will miss me.” To his credit, Art-I-Miss delivers each syllable with irrepressible conviction, a quality that remains a rare commodity in an era of plastic and cosmetic music.

For all its faults, Art-I-Miss’ debut LP remains a fiercely creative, defiantly intelligent record that boasts a musical vision on par with many of today’s most inventive luminaries. While the lazy journalist in me urges me to construct some tired category for this – “super futuristic cutting-edge blip-hop electro-funk space-jungle-rap dub,” I’ll end this review with a big “FUCK YOU” to the convenient divisions we have erected within rap, and urge you to check this record out.