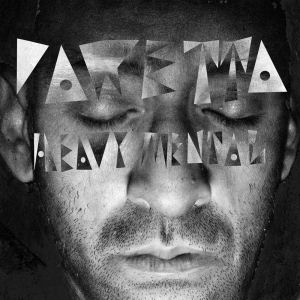 It was inevitable that Odd Future clones were going follow in the wake of the hype around Tyler and his crew of not-so-merry pranksters. The combination of teen angst, Jackass stunts, torture porn lyrics and unique beats was sure to inspire hip-hop fans who had a hard time relating to hood-oriented rap and were looking for a new sound to grab onto. I’d say by first quarter 2012 we should see a slew of young rappers spitting about mutilation and misogyny over ominous techno beats. Daretta’s “Heavy Mental” is the first of the OFWGKTA imitators I’ve heard, and he has at least one thing that sets him apart from other rappers: he’s from Florence, Italy, and he spits in Italian.

It starts off with a film clip of a mother leaving her kids alone to go to the supermarket to buy tampons, warning them to not let anyone but her enter. As soon as the mother has left, a news bulletin interrupts radio and informs the kids that a killer is on the loose with, if my Italian is right, a butcher knife in one hand and his genitals in the other. Then Daretta comes in, rapping in a monotone:

From go he’s telling you to go fuck yourself in Italian, talking about drooling on the two golden ladies (whatever that means), and accusing your parents of being androids. Daretta may be from Florence by way of Chile, but the influence of a certain group of Southern California rappers is undeniable. His flow and lyrics capture the essence of disaffected youth, and the horrors lurking under the banalities of the respectable middle class.

He ventures into horror rap territory with “Demon,” rapping about demons, vampires, Damien, and killing oneself while listening to Celine Dion. “Fumo” goes a trippier route, going on a stream-of-consciousness flow about getting blunted, possibly on methamphetamines. “Lancio Rime” mixes things up with livelier beat built on a jazz samples, and a more energized flow from Daretta.

“Fumo” is a nice example of what Daretta does so well, and proof that he is much more than a Tyler clone. His beat is minimal electronica, and he raps a robotic monotone stringing words and ideas together, mixing French, English, and Spanish in with his Italian, dropping pop culture references as quickly as he drops disturbing imagery, like Marilyn Monroe singing happy birthday to the president in a robot’s voice. He comes off more like a poet or performance artist than rapper, skewering modern life in all of its hypocrisy and inanity.

His robotic, one-note rap style and monochrome beats are redundant over the course of the EP, and I’m not sure there is enough in just the music and delivery to keep non-Italian speakers engaged. I might feel differently about Daretta if my Italian were better. As it is, I understand about two-thirds of what he’s saying, but I don’t always get the context or references.

While the music starts to sound the same by the end of this EP, it is still one of the better things I’ve heard recently. Daretta fulfills the potential that Odd Future hinted at, offering an art-damaged take on hip-hop without all the sexist assholery. I don’t think that this kind of post-modern hip-hop needs to be the future of the genre, but it is a welcome change of pace from the standard tough-guy stance and bombastic beats. This may be a tough sell to non Italian speakers, but since it is free, you might as well give it a shot. While you’re at it, check out the rest of the Overknights collective: from their Bandcamp presence, it sounds like they are a crew to watch.