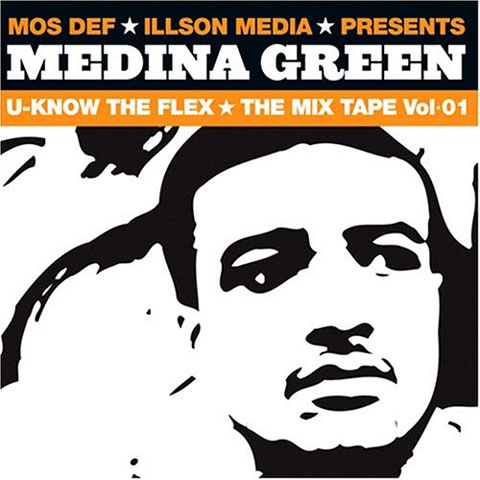 “The deep Medina Green is where I reside”

Ten years ago, as Biggie was “representin’ BK to the fullest” to a worldwide audience, Brooklyn trio Urban Thermo Dynamics humbly introduced themselves with promotional copies of their song “My Kung Fu.” Payday Records followed up with the official debut single “Manifest Destiny” in 1995, but for whatever reason decided to cancel the release of the full-length of the same name. Consisting of siblings Mos Def, DCQ and Ces, UTD could be considered early victims of the economics of the Bad Boy era. As The Notorious BIG, the Wu-Tang Clan, Nas and Mobb Deep conquered New York and subsequently the rap world with their vivid tales and streetwise attitude, the doors began to close for smaller-scale New York acts and indie labels. Just putting out a record wasn’t enough anymore, you had to generate a respectable return on investment. If you didn’t make dollars, you didn’t make sense. Rappers turned into larger-than-life icons that had to appeal to both the streets and the charts, and to get there they needed extensive promotion. It was the dawn of today’s commercial divide, where you are either mainstream or underground, and few people realize that there’s lots of space in between.

Combined with a number of other factors, in the mid-’90s this resulted in a general shift in the structure of New York rap. Black Moon were put on hold by contractual disputes. Pete Rock & CL Smooth broke up. Black Sheep simply disappeared. Few were able to cross over like Busta Rhymes, who left the Leaders of the New School for a stunning solo career, or Red Hot Lover Tone, who blew up as one half of the production team Trackmasters. But as a variety of acts began to dissolve, some of their members went underground to rebuild the indie scene. The Ultramagnetic MC’s gave us Kool Keith. KMD gave us MF Doom, Down South gave us Shawn J. Period, Da Bush Babees gave us Mr. Khaliyl, Digable Planets gave us Cherrywine, Organized Konfusion gave us Pharoahe Monch, Crustified Dibbs gave us RA the Rugged Man, Natural Elements gave us Charlemagne and Polyrhythm Addicts gave us Mr. Complex, DJ Spinna, Shabaam Sahdeeq and Apani B. Fly.

An even more high profile name that comes to mind when talking about New York in the latter half of the ’90s is Mos Def. After failing to establish a career with UTD, guest apperances with De La Soul (“Big Brother Beat”) and Da Bush Babees (“S.O.S.”) put him on the watchlist. By the time him and brother DCQ attempted to regroup under the name of Medina Green, Mos Def was already one of NYC’s most talked about mic-wielders. His group project with fellow Brooklynite Talib Kweli, Black Star, received widespread attention, even as Medina Green’s “Crosstown Beef” single from around the same time was a big success for the young Rawkus label. But their partnership never made it past the one-single deal, most likely because Mos had become too big for these britches. Medina Green put out another single on Tommy Boy (“I See”) one year later, but that seemed to be the end of the story. Until now, as DCQ releases both the original UTD album and a collection of Medina Green recordings entitled “U Know the Flex”, subtitled “The Mix Tape Vol. 01.”

If Mos Def is the reason you consider picking up either one, you shouldn’t expect too much from “U Know the Flex.” He’s only on “Crosstown Beef” and two shorter tracks. Clearly, the ‘Mos Def/Illson Media Presents’ tag on this CD is his brother’s way to generate more attention for this release. With only a promo copy to review, additional information is sparse. Who is Medina Green in 2004? Who produced these tracks? When were they recorded? Did they ever get released before? The only certain thing is that DCQ changed his name to Jashiya Illson and is now the main star of the show. Magnetic (AKA Kash Rule) from the original line-up is on a couple of tracks, as is Ali Shine, who seems to be new to the crew. One member (Lord Ato) might still be locked up. Production might come courtesy of folks like Hi-Tek, Geology, Minnesota and newcomers B Money and Mike Z. Either way, “U Know the Flex” features some of the characteristics of a modern day ‘mixtape,’ but the sound quality is, except for the two shorter Mos cameos, excellent.

The production is not particularly original, mostly mid-tempo, keyboard layers atop sometimes steely, sometimes synthetic drums. Typical mixtape dealings. The clean sound is the glue that keeps these tracks together, providing them with a touch of class. As far as commercial potential goes, the designated club track “It’s Nothin” is too obvious and repetitive, but a couple of other selections could make their way onto the dancefloor, especially Hi-Tek’s softly thumping “Double Rubber Band Rap.” The production is, within certain limits, varied, ranging from an East Coast headnod vibe (“Slow & Tender”), to a West Coast thump (“Niggas Know”), to more underground, absorbed piano tricklings (“From the Hood”), to the soulful textures heard so often these days (“Sugar”), the clean and clear sound being the most dominant quality characteristic. Overall however, most of the beats here don’t excel beyond being merely solid.

Vocally and lyrically, not too much should be expected either. “Crosstown Beef” remains Medina Green’s finest moment, not because of Mos Def, but because it’s a nice team effort and thematic song. Oddly enough, this CD contains the cut-up version off “Soundbombing II,” but Mos dropping his verse from Black Star’s “What’s Beef” as an intro makes up for that. As expected, his abscence from Medina Green’s re-incarnation is felt. Back in UTD, the two brothers were already two distinctive voices, DCQ being more youthful in his expression, but whatever he has gone through since, he certainly didn’t particularly take after his older brother. Blood may be thicker than water, but upon hearing Jashiya Illson, the match-up of Mos Def and Talib Kweli seems all the more natural. At times you would think he’s been streamlined into the standardized thug model rapping about clothes, cash, cars and firearms. You have to listen really close to catch the brief moments where Medina Green aren’t concerned with the superficial aspects of life. Like in this segment from “Niggas Know”:

“You know the flex, sex, hustlers, connects
Drive around with chrome socks on my shit
Stagnatin’ niggas stand still and get vexed
I don’t blame ’em
Niggas got seeds and can’t raise ’em
A street indoctrination that most of us is facin’
So most of the time on my mind be elevation
2 up north, goin’ through that prison shit
before there was B’s, C’s and D’s
A is always for Allah, the foundation”

Ever so often, Medina Green feel they have to stress that they live by the code of the streets: “We always in some shit / it comes with the territory when you ’bout yo shit.” As expected, the self-aggrandizing can get out of hand: “You know we grew up from jumpin’ turnstyles, sneakin’ on the back of the bus / them days is up, now we stack bucks like Ray Allen and Tim Thomas.” Which they clearly are not, but apparently that’s their way of telling us that they’re grown men now. As Magnetic puts it: “Regardless what garbage they poppin’, hip-hop’s still on the rise / it just may not be movin’ at the same rate as ’95 / and it shouldn’t be, cause grown men move and do grown things.” Too bad that in the case of Medina Green grown man talk consists mostly of shallow self-promotion. For better examples on how to flip NY “street hop” (as Nas would have it), check artists like Tragedy, Cormega, Mobb Deep, early CNN, Saigon, etc. Medina Green ultimately realize that “somebody amped you up, fed you the wrong type of foods / uninformed information should be mixed with jewels,” but do little to remedy the situation.