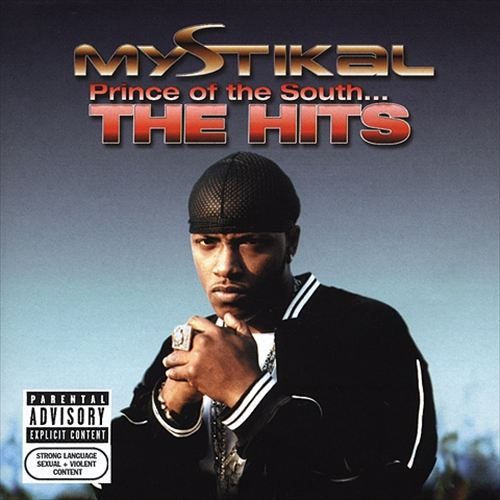 Mystikal :: Prince of the South… The Hits

Within the first earshot, Mystikal may not seem fit to have a greatest hits compilation. Upon closer inspection though, the disc seems more justified: with a career that began in 1995, the New Orleans native has released five solo albums as of this year, each of which had at least one smash hit (aside from his debut “Mind of Mystikal,” but even that album spawned the regional hit “Y’all Ain’t Ready Yet”). With Mystikal now serving the beginning of a six-year prison bid, “Prince of the South… The Hits” should be the last anyone hears of the former No Limit soldier for a while.

“The Hits” does a commendable job of covering Mystikal’s entire catalog. Die hard fans will grin ear to ear hearing older favorites like “Here I Go,” and “The Man Right Chea,” while less-informed listeners will remember Neptunes-blessed hit singles “Shake Ya Ass,” and “Jump.” The inclusion of “Murder 2” shows Mystikal’s lyrical potential, as he tells a heartfelt tale of fantasy revenge to the killer of his younger sister. Two previously unreleased tracks â€” “Pussy Pop” and “Hypno” â€” are also vintage Mystikal, with their phenomenal production and Mystikal’s trademark loudmouth flow. In it’s entirety, the disc flows incredibly well, alternating between playful tracks like “Bouncin Back (Bumpin’ Me Against The Wall),” venomous offerings such as “Tarantula” and laid-back grooves like “I Smell Smoke.”

The only downfall of the disc is the circumstances that it was released in. Mystikal’s current incarceration from charges of sexual assault gives the misogynistic lyrics that litter some of his songs an entirely different context. While songs like “Murder 2” still keep the same conviction as before, choosing the aforementioned “Pussy Pop” as the first single may have been a bad move on Jive’s part. Still, for what it’s worth, the album gives an accurate representation of the career of the New Orleans native.