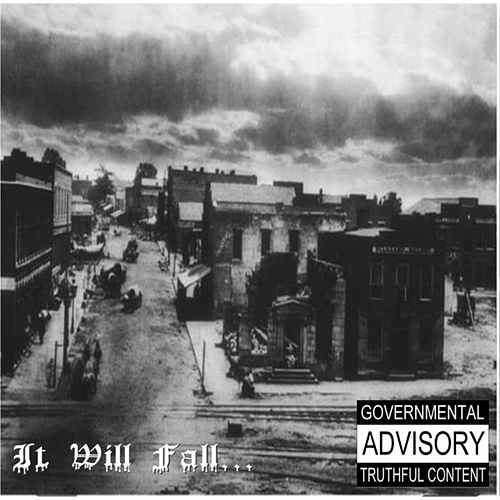 Having secured a healthy following around the Greater Toronto Area with their impassioned live performances and tireless work ethic, this duo have crafted their finest work to date with this offering, a steely effort brimming with canny, streetwise commentary and some of the most breathtakingly gritty production to ever grace a Canadian release.

While my superlative-laden introduction should already have prompted you to purchase this release, I suppose I should do this record justice with more ink. Imagine a crash collision between the militant poetics of Tragedy Khadafi, the bleak desperation of Capone N Noreaga’s “War Report” and the cavernous cadences of vintage Wu-Tang set atop the unabashed, bare-bones grime of RZA circa “Liquid Swordz,” or perhaps Stoupe on “Violent By Design,” and you might get an idea of what is on show here. The low-end on this baby is absolutely MONSTROUS, rumbling through the horns on “It’s Up To You,” the nightmarish Moog on “Bread Slaughter Water,” the classic RZA vocal sample and ghostly strings on “Lost Souls,” infusing everything with a sneering, ominous menace. Clearly influenced by classic Shaolin soul, the Arkeologists plow their way through 12 awe-inspiring ditties here, each one warping sultry vocal and wind samples into barbed, bloodstained compositions that recall dimly-lit, garbage-strewn street corners. Each track, from the subdued, melancholy guitar strums of “P.O.W.,” obscuring samples of George W. Bush speeches to the mafia movie strut of “These Dayz” and “Pages” ingeniously recaptures the sounds that emanated from east coast pavements in the mid â€˜90s. Far from being revisionist tomfoolery though, I can with absolute earnesty assert that much of the work here is on par with RZA, Allah Mathematics and 4th Disciple.

If you are already familiar with their previous output, the politically-inclined polemics of this duo should serve as no great surprise. However, while haphazard mixes (the lows dominating a little too much) and certain questionable production choices on Mizery’s last solo platter tamed the fire of his conspiratorial exclamations, the crisper sound and sterling production of this record lends much thrust to Miz and Logikal’s ferocious attacks on socio-political doctrine. A rousing call-to-arms, “It’s Up To You” urges the listener to assume responsibility for the harsh realities that surround us, Miz and Logikal’s passionate denunciations of the status quo proving a perfect foil for the warlike horns and droning bass of the track. “Humofaslave” is the desperate lament of the oppressed and marginalized, painting pastiches of graven, corpse-strewn streets and delving into the tortured psyche of a ravenous child of circumstance, while “P.O.W.” expands upon themes of delirium and dementia that the Geto Boys explored years before. Channeling their rage and indignation with insistent urgency, the intense yet technically remarkable deliveries of each emcee more than live up to the lofty zeniths of their ideological pursuits.

I doubt you really need more convincing at this point. Everything about this release should excite you if you are a connoisseur of dirty, street-ready street rap- the filthy basslines, the murky mix, the voracious, unapologetic lyrical pyrotechnics that radiate with intelligence and ingenuity. Throw a hoodie on, lace those Timbs up, tuck a Super Soaker in your Dickies, get that ice grill on and prepare to get goosebumps. Buy this. Now. Please.