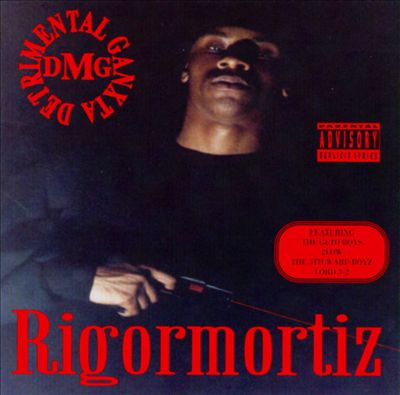 A self professed Hip-Hop fiend, I admit I go through incredible lengths to satisfy my addiction. I’m sure many of my fellow writers and a fair number of readers can relate. While most of the world makes their music purchases based on radio singles or previous experience with an artist, it seems my ears build a tolerance towards all but a select number of artists and must constantly be fed something new. Because of this I’m the guy you see at your local music store patiently thumbing through every rap CD in hopes of finding something truly fresh. The fun multiplies when used CDs are involved as you never know what treasure you may find hidden in between copies of Gerardo’s “Rico Suave” and old Public Enemy albums (Please Note: P.E. is never wack, just vastly under-appreciated – FIGHT THE POWER!). While these expeditions have yielded their fair share of inferior product (Who would have thought Dalvin Degrate’s CD could be so bad? I mean the guy was part of Jodeci..), every now and then you get something worth your trouble.

On my latest trip to a used book/music store I found this piece of Southern rap history. It may be sad that in my search through the unsorted clearance racks I have to use visual cues such as the misspelling of “Rigor Mortis” with a “z” to find potential rap CDs, but no one can argue with results.

Background info on DMG is scarce, aside from his affiliation with Rap-A-Lot not much can be said about the self-proclaimed “DetriMental Ganxta.” Strangely enough, an eBay listing yielded the most interesting piece of information on DMG, supposedly he is Scarface’s brother. Listening to “Rigormortiz” one can hear DMG’s strong resemblance to Scarface in style and voice. Though â€˜Face’s realness, honesty, and introspection aren’t inherited family traits, DMG does his best to continue the tradition and provides us with another dose of the raw and potent product being cooked up by the Rap-A-Lot camp in the early 1990s.

The production is mostly handled by N.O. Joe, a longtime Texas mainstay and the man behind many of U.G.K.’s hottest tracks. Joe’s production is a bass-heavy funk that takes elements from various genres of music. “Prelude To A Murdah” uses the same sample used on Coolio’s “Gangsta’s Paradise.” “One in tha Chamba” has a reggae inspired beat with even more reggae flavor infused in the hook. The common element on all the tracks is the deep and hard-hitting bass complimented by sharp snares. The samples used vary, but the end result is a serving of hard gangsta funk for DMG to spit over.

Lyrically, DMG fits right in with the hard core gangsta element that has made Rap-A-Lot the label it is. On “I Don’t Fuck You” DMG spits:

“I’ve been a victim of society they got me fucked in this hoe shit
Niggaz runnin up with M11’s and some mo’ shit
It seems to me, they wanna start somethin
But I’mma let this motherfuckin thang break em off somethin
My homie panicked cause he never thought it’d come to that
Mikki Mike singin em songs from these niggaz gats
I guess its like guerilla warfare
Now grab ya gat and load ya clip and go for death until ya make it fair
And if ya don’t then grab ya nuts dude
Cause thats the only way these niggaz livin in the nine-duece
Mo murder by killins and slayin some shit
If thick on ya tool and find ya homie dead in a ditch
Damn, now the fuckin water’s gettin hot
Homie after homie after homie’s gettin shot
And niggaz are over lookin for joints to light
357 with them hollow point shells in the midnight
So check it, first I walk up on em like I know em
And then, I let my conversation start to hoe em
Cause yo, I never debates to wait, I handle my business
Cause niggaz always be fuckin shit up when tryin to handle they business
He’s peepin out my missle as I stand straight
So now its time to make his ass like a crushed grape
Cause see I get stinked when I flex
And for the motherfuckin hole in ya fuckin chest
I told ya once I love the midnight
A gun fight, a night to take a motherfuckers life
Yeah, right now you’re fuckin with some bad shit
But I’ll be damned if I let another nigga take my shit
Consider, use your common sense punk
Cause they be blazin these niggaz until they bodies stank like a skunk
You see I’m down to cause commotion
I pull my gat and make the ashiest nigga perspire lotion
Its all about comin up G
But I don’t fuck you, if you don’t try ta fuck me”

This verse showcases the extent of DMG’s lyrics and topic matter as for the most part he sticks to hard street tales on tracks like “Prelude To A Murdah,” “One In The Chamba,” and “Kiss Yourself Good Bye Bye.” Every now and then DMG adds a political flair to his raps, addressing the ever-present and ever-sensitive topic of race on tracks such as “I Ainâ€˜t Bullshitting.” “Rest In Peace” is a welcome change of pace as it features DMG on a more laid back beat and reminiscing about all those that have passed away. DMGâ€˜s rap style strongly mirrors that of Scarface as his deep voice is perfect for the harsh and aggressive verses he delivers.

Though he could have addressed more varied topics and the constant gangsta lyrics can get repetitive for some, “Rigormortiz” is as real and entertaining as other albums released by Rap-A-Lot during that era. For those who are down with Scarface and The Geto Boys, DMG is the Cappadonna of the group. Though his predecessors did it slightly better, DMG still held his own and delivered a solid album.