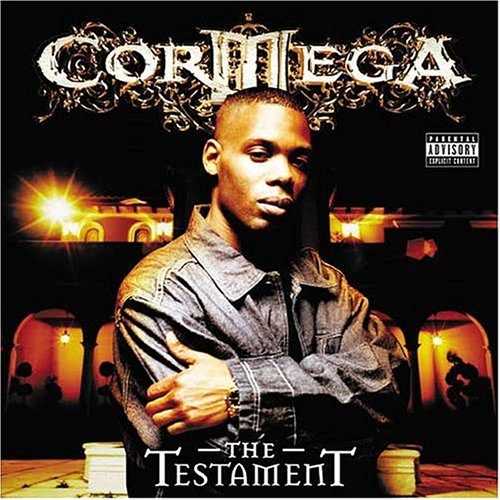 This should be the beginning of a Back To The Lab review, but instead the release of “The Testament” in 2005 serves as a testament to Cormega’s success and sheer will to give the fans an album they’ve been patiently waiting for. For those not familiar with the story behind this street classic, Mega was signed to Def Jam around 1997 through the help of then friend Nas. “The Testament” was his highly hyped debut album, but due to label politics the album was permanently shelved. The buzz surrounding the release was huge in the streets and among underground fans, especially when tracks like “Testament” were released via a sampler on DMX’s debut album. This demand actually led to heavy bootlegging of “The Testament” and the hailing of the album as an unofficial classic. The irony in all this is that despite the critical praise Cormega’s debut album received , the masters were stuck on the shelves somewhere in Def Jam’s archives with a ridiculous price tag attached to them. 2005 has come around and Mega has finally been able to purchase his own music from his former label and release “The Testament” officially.

The album was definitely worth the long wait as it is classic Mega. The intro features Mega spitting a verse spoken word style over a gospel-sounding track devoid of any drum presence. It’s a great intro and an approach to skits and intros that should be adopted by more rappers. “62 Pick Up” features Mega taking the role of a man just convicted of robbery and addressing the court one last time before being locked up. The soft piano melody gives the track a reflective tone and Mega plays his part well. “One Love” is a track from the era when Nas and Mega were still cool and finds Mega writing his own response to Nas’ classic track, it’s another compelling concept and Mega pulls it off very well. “Interlude” is a spoken word poem from Mega and keeps the flow of the album going well.

“Aiyyo this crime addict mind
My rhyme status shines like a nine ‘matic
Yo I’m Scarface for real I wanna die blasting fuck stashing
my next 50 g’s I’m buying me a five wagon
thugged out leather interior, mega superior
my art of war deaded your area
my mugshot praised in jail cells and drug spots
my razor touched faces and cut rocks
corrupt cop cases had me on semi vacation
in state dreams laid down weight schemes
with niggas that get payed and take cream
drug supplier, thugs admire
ghetto dun dun gun fire deep mind none higher
your drama equalizer
I speak the murder Keyser Soze, no survivors”

“Dead Man Walking” features Mega telling another story, this time about a murder he’s about to commit, hence the title. The flowing piano track gives the song its somber mood. “Montana Diary” is another sordid drug tale with Mega transforming into his full Tony Montana persona. Though Mega does address street tales and gangster themes he does it with a spirit of remorse and redemption that reflect the mindset of a gangster with a conscious. Mega is basically telling the world that though his lifestyle might not have been his first choice, since he’s being forced to live it he’s going to do it as best he can.

Mega includes two versions of his classic track “Testament” on this release, one simple entitled “Testament” and the other differentiated as “Testament (Original Version).” Both versions use the same beat, flipping an ill vocal sample with haunting piano notes throughout the track. The verses on each track though are different, each equally dope and each showing why Mega chose to include both versions on the album. My personal favorite is the first verse on “Testament”:

“Yo I write rhymes for Beamers, Rovers overachievers
O.G.’s and young thugs wanna hold heaters
One love real niggas not gettin’ out to make a deal nigga
I leave a nigga head numb like Bill Snivers
Figure me out my duns pull Infinities out
I’m on some real shit blowin’ my enemies out
If there’s a throne touchin’ it I don’t condone
Pac and Biggie rule forever don’t get it confused, never
My testimony will be death to a phony MC
You wanna impress me show me a key
Or I suggest we manifest a drug dealer test
Put your coke in the water solidify the rest yeah
Never question this poetry I’m manifestin’ this
Graffiti scriptures my mind paints an easy picture
Analyze every line my scene will vandalize
Mega Montana handle mine yo at night I use to fantasize
Triple beam scheme banana fives yo my pen keep the plan alive
I went from instate to big H my niggas know I keep the shit straight”

Fatal Hussein of the Outlawz shows up for “Every Hood,” a soulful track calling for unity among different neighborhoods. “Cocoa Butter” is dedicated to the women and is a welcome change of pace. While a track like this could have come off as mushy or corny, Mega keeps it honest and pulls off the track well. The album ends with “Killaz Theme” and “Love is Love.” “Killaz Theme” features Havoc once again and production reminiscent of early Mobb Deep music, it’s a sinister track and both emcees drop tight verses. “Love is Love” finds Mega showing love to the streets and his people and has soulful melodic production with a vocal sample that tops the track off well. The bonus track on the album is another classic Mega gem, as he drops another street tale about a close encounter with death.

Seven years after it was meant to be released, “The Testament” still sounds better than most of the albums on the market. The CD has withstood the test of time well as it doesn’t sound dated or out of place at all. While it is evident Cormega has matured as an emcee and as a person since he recorded “The Testament,” the album is just as good if not better than the rest of Mega’s work. “The Testament” is a worthy purchase, not just because any Cormega music is highly appreciated, but because it captures Mega at the hungriest and rawest point in his career.