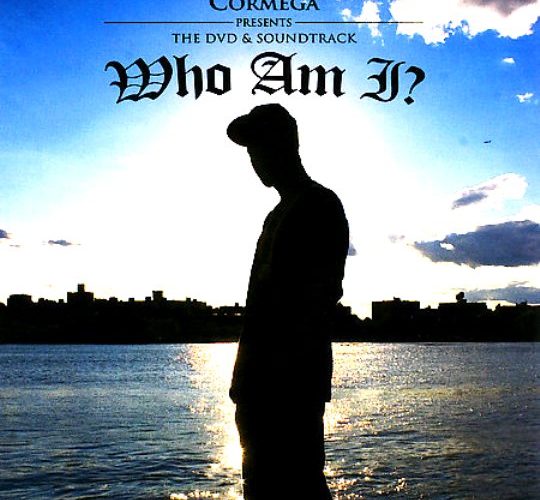 Cormega :: Who Am I – The Soundtrack

This is not an action packed thriller starring Jackie Chan. This is not a song from the musical Les MisÃ©rables. This is Cormega – one of the hardest, truest, most down and respected hip-hop artists in the industry today. He’s been teaching us all “The True Meaning” of hip-hop for a while now, and even the albums Def Jam tried to hide from us are a “Testament” to his ability and skill. Cormega’s credibility is almost legendary in the underground, perhaps in large part due to the fact he’s still IN the underground. A rapper with the ability and stature of ‘Mega should have gone multiple times platinum by now, but he’s still moving 100K units with independent releases. That’s nothing to be scoffed at especially given ‘Mega owns his own label – he collects a lot more cheddar off one album than many major label artists do selling ten. Nonetheless Cormega still remains something of a secret to the mainstream. He’s almost universally well-acclaimed in hip-hop magazines and on websites like this one, but if you asked Joe Q. Public if they’d heard the latest Cormega album you’d probably get the response “Cormega? Who is that?”

Cormega’s latest project intends to answer that question with both a documentary DVD covering a five year span of his career and an accompanying soundtrack of the same name. In this review we’ll focus specifically on the soundtrack, but by all means go out of your way to check out the movie too – the Legal Hustle website has more information about how and where you can find it. Meanwhile the soundtrack is putting more money in Cormega’s pockets as he has the wisdom to continue releasing projects on his own imprint rather than hooking up with a major label who will either jack all the profits or shelve his CD and never distribute it. The album opens up strongly on “Sleep Well” featuring Dwele.

“I can hear gossiping
They questioned my potential like Colonel Washington yet I’m here blossoming
I’ll declare lots of friends, the same ones who doubted me
Y’all see why I appear confident
Though the skill’s obvious the dealer in me, remains
That’s how I maintained when I ain’t have shit
I ain’t tryin to be another dude caught in the past
who had cash but couldn’t maintain that shit
You got the game backwards, these lame rappers
Wear fake jewelry and say whack shit
Wouldn’t bust a U-turn but claim they blastin
And when beef’s on, the heat’s drawn, they passin
Like Mark Jackson, you seen ‘Traffic’ with Michael Douglas
Well I was traffickin drugs and shit
You niggaz drink Coke, I crushed it up
And told customers about comin short or knockin on my aunt door
Or takin money out they socks and drawers
That was then, I ain’t pumpin on the block no more
I’m doin me, beautifully, as you can see”

Indeed we can. ‘Mega once again shows his knack for riding on a track like nobody’s business. The background music and singing are ethereal and beautiful but it’s the rap that really makes it, as Cormega deftly weaves on and off the beat knowing when to rhyme and when NOT to rhyme to make his poetry flow perfectly. The rap is everything a Cormega classic should be – witty, skillful and lyrically visual – making you see the world of Queensbridge through his eyes. “718” featuring M.O.P.’s own Lil’ Fame is no less representative of their home turf, nor is the Styles and ‘Mega collabo’ “Use Mad Clips.” Styles P rap is not among his greatest, as he phones in lines like he’s that “nigga that, love to pull the trigger back” but the beat and his rhyming partner make up for the deficiencies.

“‘Mega Montana enters, no security
I’m not a insecure nigga, I know you recognize
+The Realness+, and the heart is connecting
Straight boom shit you got to respect it
Rob flooded my necklace, peep this
I’m ’bout to cop another Lexus, check this
I got the ones, guns, son’s ‘Ubelievable’ like B.I.G.
‘Warning’, cross me I’m seeing you
You rap about gats feel mine, a real nine
millimeter eating up your insides
My procedure persecuted indeed, I was the first to use it
Hip-Hop was once a art, these bird niggaz hurt the music
The flow is splendid, the beat is my co-defendant
The pen’s the other kid I meet before we go and set it”

Ridiculous. Straight ridiculous. It should be criminal that any rapper can be that hardcore and simultaneously that lyrical and intricate. Cormega is cut from the same cloth as Big Pun and Kool G. Rap and it’s even MORE criminal that he’s not been recognized by more people for it. Cormega doesn’t just limit himself to East coast collaborations on this soundtrack though. “Lookin’ At It” brings Jacka, Keak Da Sneak and Yukmouth all on board, linking Queensbridge to the Bay Area. “The Rap Game” is an independent label hip-hop music wet dream, bringing the Durham, North Carolina natives Little Brother together with ‘Mega for an all-star onslaught.

The one major flaw of “Who Am I – The Soundtrack” is that while it is a Cormega album and represents Cormega’s style of hip-hop quite ably, he gets very little time to shine on his own. Even on the “Who Am I Exclusive,” a track which at first appears to be his own, an uncredited Nature jumps on to spit some fire. At least if anybody thought he still had beef with Nature and Nas this should dispel the rumors once and for all, or as Nature puts it “It’s historic – Ripley’s Believe it or Not, you just saw it.” While one can’t really be mad at him for linking up with Hell Rell for the “Stuntin Remix” or Nicole Wray and Random for “Time,” by the end of “Who Am I” you simply end up wanting more of Cormega and realizing you didn’t get nearly enough. I suppose that’s the best compliment of all to ‘Mega as an artist – he always leaves you wanting more. Cormega definitely answers the question posed by his album’s title though. “Who am I?” One of New York’s finest MC’s, right up there with Biggie, Jay-Z and Nas.

Cormega :: Who Am I - The Soundtrack
8.5Overall Score
Music8
Lyrics9