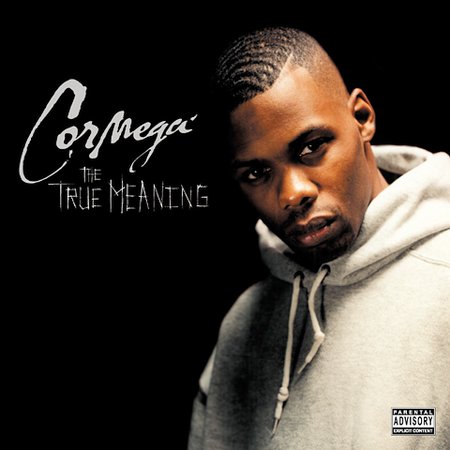 “Whattup with Cormega, did you see him, are y’all together?
If so then hold the fort down, represent to the fullest..” – Nas, “One Love”

With those infamous words on 1994’s “Illmatic,” Nas singlehandedly gave an unknown Queensbridge rapper a large footprint to leave on the rap industry. You see, this was no fictional character Nas inserted in his rap, but a true to life hustler/rapper who was indeed “holding the fort down” behind penitentiary bars. On his release Nas welcomed home a soldier of his own hood with open arms, but what seemed sweet at first soon turned sour when Cormega wasn’t down with giving up control over his career to Nas. It could have just been a simple misunderstanding – recording industry veteran tries to help a newcomer move up, but any chance of their friendship staying true died when Cormega was unceremoniously replaced by Nature in the Nas formed supergroup The Firm.

“You my nigga when you hot and when the temperature change
Now we enemies – ’til we entered the grave
When I got signed to Def Jam, I offered you ten grand
You say you didn’t want it then you started actin funny
It started with the cover, of YSB
A picture of The Firm – everyone except me
Then my boys disappeared, all fly and familiar
That’s when it was clear to me there wasn’t no real love
I was out The Firm, unless I signed a production deal
which I didn’t do, cause son that wasn’t real
I was never jealous of you, in fact I was proud of you
I smiled when I heard you on _Live at the Barbeque_
I respect you as an artist though I’m no longer fond of you
I gave you love from the heart – unlike the people surroundin you” – Cormega, “Love In Love Out”

Cormega’s response to being played by people he thought were fam in those days was to record “Fuck Nas and Nature.” The song was an earthquake in the rap industry, and seemed prescient given the failure of The Firm artistically and comercially. Since then both artists have attempted reconciliation several times, and ‘Mega even joined Nas and Nature to appear on “Da Bridge 2001” for the album “QB Finest.” Though it may have seemed the beef was over, Cormega must have got jerked somewhere along the line again – 2001’s long awaited debut “The Realness” showed the rapper spitting pure hostility at Nas. RapReviews.com contributor Mr. S had this to say about Cormega’s continuing beef with Nas: “..he rides Nas consistently through the album, making numerous subliminal disses to him throughout, and it gets real old.”

Cormega still fires a few lyrical bullets Nas’ way on “The True Meaning” (including “Love In Love Out”) and Large Professor’s appearance on “The Come Up” may even seem like a slap in the face, but the album in no way “gets real old” like his previous CD. For the most part ‘Mega seems to have moved on, and wisely so. It’s no surprise that these two rappers from the same hood were once inseperable – they are both highly skilled in breath control, rhyme writing, and the ability to translate that into visual landscapes through vocal tones and mic presence. All ‘Mega needs is good beats to shine, and “The True Meaning” is filled with a multitude. Hangmen 3 rock strings and a triangle like nobody’s business on “Verbal Graffiti,” J ‘Waxx’ Garfield’s wailing singer and piano keys bless the haunting tale “Live Ya Life,” and D.R. Period’s title track could easily be a 70’s blaxploitation epic or the backdrop for a tearful Ghostface Killah song. Considering that these are three of the first five tracks and the other two are an intro and an acapella called “Ain’t Gone Change,” it’s safe to say that Cormega is DEEP in beats. Filthy deep. It’s just another sign of the props the war-weary rap veteran gets.

Of course no amount of admiration or good beats takes the place of coming up with songs the public wants to hear. Does a fickle rap audience want to hear more tales of a good boy, gone bad, who made good and is living legit now? You can argue there are a thousand rappers signed or unsigned who spit the same shit, but there’s still only one Cormega. That same self-confidence which helped him survive the lean years where Def Jam had a complete Cormega album and just sat on it fuel his hunger to make every word resonate. It’s not always profound or thought-provoking, but it’s nonetheless compelling. Verse two of the title track is a perfect example:

“Exquisitely I write, tales of hand to hand sales
which cause, three to life, when all else fails
Some people seek Jesus Christ;
some relax to the seductive mystique of the pipe
And be back, inside the same cell they left
It’s sorta like hell or death
Except we still here breathin in the flesh – receiving respect
Yet bein stressed, cause we, threats to society
Solutions are rare, problems are in varities”

For years now, Cormega has held down the reputation of the “best unheard” rapper from New York City. The one who everybody knew by name, might have heard on a few cameo appearances or mixtapes, but didn’t have an LP out. Now that he has several in stores, the mystique behind the name Nas once made famous has started to melt away, but what it has revealed is that ‘Mega deserved the reputation the streets gave him. From the Buckwild produced “A Thin Line,” to the Alchemist’s beautiful “The Legacy” to Hi-Tek’s lush “Take These Jewels” to too many sonic landscapes on this LP to mention, they’re all as fresh as morning dew but wouldn’t have any meaning without Cormega to rap over them. Thanks to this album and Cormega’s exquisite skill, they have “True Meaning.”