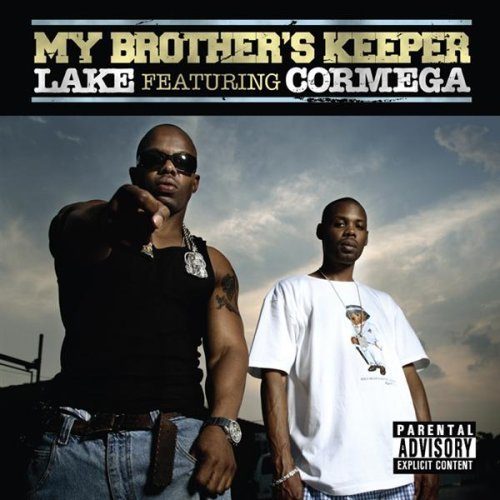 If there’s one region that can be labeled as rap’s dysfunctional family, it would have to be Queens, New York. As a whole, the Big Apple is already in the midst of unprecedented strife within its borders. Any resemblance of East Coast unity was destroyed when Queens’ own Curtis “Interscope” Jackson laid the careers of Fat Joe and Jadakiss to waste. Sure, there was Busta’s recent call for brotherhood on “New York Shit,” but even a Big Bang is ineffective when it falls on deaf ears. In order for New York to return to its majestic perch, a movement must be resurrected, grass-roots style. Trying to compete with the South on a commercial level has yielded no gains. Yet with the impending returns of both Nas and Jay looming like the threat of the Rapture, a dark horse could mount up and get the streets talking about the Five Boroughs once more.

Enter Cormega and his protÃ©gÃ© Lake, two emcees who have been in the mix since “Illmatic.” A young Nasir shouts out both on his classic debut, with the former being one of the subjects of the timeless “One Love.” It’s only appropriate that these unheralded Q-Borough vets get their chance to bring that NY flavor back to the forefront. After all, G-Unit’s recent releases have all flopped, and neither 50 nor Mobb Deep could do the Mecca justice with their sub par releases. Now it’s on Queens’ “other” native sons to bring some credibility back to Da Bridge, at least until Nas gives hip-hop its death certificate.

Cormega seems as if he’s feeling no pressure whatsoever when he unleashes the album’s first verse on “Ghetto.” One of rap’s most underrated, Mega quickly reestablishes himself, sounding as hungry as he did on “Testament.”

“Lyrically
I’m Penny before the injury
I spit fire when I’m rhymin’ when the semi squeeze
Do you nigga, you can’t do me anything
I keep my enemies close to forensic teams…
Mega’s flow is criticized like Terrell Owens
I don’t fuck with birds, it hurt don’t it”

It becomes obvious at the end of this song that Cormega is the better rapper, as if that wasn’t known already. However, this being Lake’s album and the fact that the spotlight is on him makes the lack of verses from Mega a bit more bearable.

Despite his mentor’s superiority, Lake holds his own and sounds supremely confident on the Ax Tha Bull-produced “The Oath.” The low-key instrumental sets the perfect mood for Lake to speak on his hood adventures, and his narratives are as menacing as ever. His swagger never gets too out of hand; his bravado doesn’t rely on his supply of coke or his abundance of jewelry, but instead rests on the loyalty of his crew, and vice-versa.

Lake refuses to portray himself as another drug dealer living in extravagance, instead choosing to deliver verses that keep his position in perspective. Heads know that the man is on the come-up, and that it’s taken awhile to even get himself in the position he’s in know. He wisely avoids overdoing the hustler-turned-rapper persona, an image that’s been played out to the point where it’s become clichÃ©.

Lake continues his verbal assault on “Get It,” featuring a beat by Buckwild capable of inducing nightmares for the faint of heart. Mega’s effortless flow shines on the first verse, setting the stage for Lake to rumble through the chorus. The bass in his voice matches the ominous feel of the song, and his performance is reminiscent of a young Rock from Heltah Skeltah. His boasts and extended similes are vividly detailed; he’s no punchline king, but the Queensbridge product knows how to paint a picture for the listener.

There are a few creative lapses that hurt the album. “Don’t Start” wastes another stellar verse by Cormega, along with a cameo by Greg Nice, who’s relegated to screaming the mundane chorus over and over. There’s nothing breathtaking about hearing one-half of Nice n’ Smooth yell out “Don’t start no shit/ won’t be no shit, shit” fourteen times in a row, and this is after the same chorus has been repeated in a similar fashion twice before.

Lake also gets lazy with his lyrics on occasion. On “30/30,” he spits uninspired lines like “I’m so deep ain’t nobody can see me,” and also throws out a venomless, half-hearted diss for Prodigy and Havoc (“I Mobb Deep for real nigga, fuck watcha heard/ I ain’t rich bitch, but I got money to burn “).

The album reaches its peak on two joints, the first being a reunion of QB talent. “Q.U. Side” boasts a radio-ready beat by Mega, along with a chorus featuring the voice of Mr. Cheeks. The song is a declaration of Queens pride, and more importantly, a tribute to its hip-hop heritage. This piano-laced banger features Lake reminiscing over MC Shan’s anthem “The Bridge,” his old Oshkosh jumpsuits, and listening to tapes of Rakim while rocking his Gazelles- it’s a Golden-Era cat’s dream come true.

“Walk Through Heaven” is the second of the album’s two highlights. It’s a concept record that follows a recently slain Lake’s entrance through the pearly gates, and he encounters familiar faces from his childhood along with fallen rap legends. Conversations with Biggie and Big Pun are held over somber sped-up vocal samples. Lake even talks to Nas’ deceased mother, and tells her that “Corey”(Mega) asked him to give her a hug. Emotionally, “My Brother’s Keeper” reaches its plateau here; after all, it was Ms. Jones’ death that led to Nas and Cormega’s reconciliation, so Lake is pouring out his heart not just for himself but for Mega, as well.

This album should become a source of pride for all five boroughs. Despite the turmoil on their home turf, Lake and Cormega deliver a consistent, authentic hip-hop record. There’s no glitz and glamour here; “My Brother’s Keeper” is that real shit- that raw, uncut that only during the last few years has been lacking from New York rap in general. Lake has room to grow as an artist, and diversifying his subject matter and switching his flows will be goals to work towards in the future. For the time being, however, “My Brother’s Keeper” should satisfy hardcore heads until the return of the Kings.