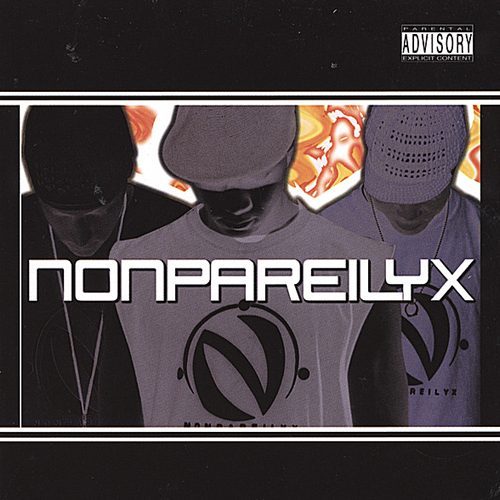 According to their website, Nonpareilyx is a name derived from the words “nonpareil” which means unparalleled and “lyx” which according to them is slang for lyrics. Another interesting piece of information found on their website is that the group recently had one of their songs featured on Fox’s latest prime-time teen soap opera “Point Pleasant.” The idea that a hip-hop group with “unparalleled lyrics” has been featured on such a pop oriented show says one of two things, either the members of Nonpareilyx are so talented that they managed to break into a pop environment that has long neglected other talented hip-hop groups or their name may be slightly deceiving. To be frank, compared to other lyricists in the rap game, Nonpareilyx’s name is very deceiving as they don’t come close to the game’s top rappers and barely manage to hang with the second stringers. Nonpareilyx’s saving grace is who they are and what they rhyme about, facts that may allow them to carve out a niche in the rap game.

Originally residing in Seattle, the members of Nonpareilyx have migrated south and currently call Cali their home. But before you jump to conclusions, rest assured that you won’t find M.T. Mind, K-Style, or Breinchild hoo-bangin’ or cruising down Crenshaw. Instead the group would probably feel more at home in the same environment detailed in Fox’s sappy teen dramas. Their debut album is full of party-oriented themes sprinkled with an occasional moment of reflection and thoughtfulness.

Musically, the crew handles their own production and does a decent job behind the boards. Surprisingly, for a crew who tends to be about having a good time the only outright bad production is on the more blatant attempts at party music. “Party Crashin” is a forgettable effort with a repetitive beat and uninspired musical arrangement. The drum track on “Come Over” is an improvement over “Party Crashin” but the cheesy synths make the track the only other failed effort from the group. When the group slows things down, the results are a lot better. The guitar licks on “Hide Away” (the track featured on Point Pleasant) are as good as anything out and hint to the crossover appeal the group could possess. The pounding beat and string arrangement on “NONPs Hot” are also winners as is the bouncy guitar on “Summer Time.” The rest of the production maintains a consistent level, albeit sometimes too consistent. Though the music is mostly good, outside of a few tracks the album tends to flow from track to track with no real change of pace. Next time around, the group might want to take a more expansive approach to the production and incorporate more variety and instruments into the beats.

Lyrically, M.T. Mind, K-Style, and Breinchild are average emcees who do little to standout even amongst themselves. Matter fact, even after listening to the album repeatedly I haven’t managed to distinguish between who is who except when say their own name in the verse. On “NONPs Hot” this small sample gives a glimpse of what to expect from the group:

“Ever since a zygote, the first thing I wrote, be high voltage
spit out 8 bars, the demographic broke kids
my prose is potent, flow so ferocious
don’t pull punches, I just lunge for the throat swift
The words travel like tomahawks, until the drama stops
Then molotovs get tossed at your pop’s shop”

These three bars are probably as lyrical as any group member gets, and though not bad for a battle rap these lyrics are definitely not unparalleled. Instead, the group’s forte comes when they story-tell or deliver uplifting messages. “Hide Away” finds the group whole-heartedly encouraging people to hold tight to their dreams and ignore the naysayers. “If I” finds Nonpareilyx addressing an equally serious topic, though the hook’s “if I ruled the world” nature only serves to remind listener’s of Nas’ superior work. “Father” finds the group members addressing issues with their fathers, an appropriate topic especially considering M.T. Mind and Breinchild are brothers.

In the end, though Nonpareilyx are not unparalleled as far as talent goes, they do occupy a unique position in the rap game. Their brand of hip-hop is devoid of the guns and violence that litters mainstream rap today, yet it manages to avoid being labeled “underground” rap. Instead, their music reflects a mindset that I’m sure many young Americans can relate to. Though they have problems, which they do address, Nonp is ultimately about partying, having a good time, and avoiding any unnecessary stress or drama. It is this attitude that could win Nonpareilyx their fair share of fans.