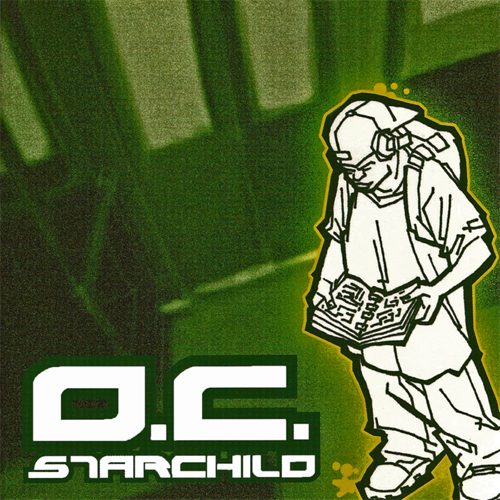 as reviewed by One Line

During the mid-’90s, hip-hop was beginning its invasion of the mainstream. True, the ’80s may have been hip-hop’s Golden Era, but back then it was still seen as a fad, a flash-in-the-pan trend. But entering the ’90s, it was alive and kicking, showing no signs of slowing down. Along with all the public attention came new sounds. Hip-hop could no longer be contained to any single sound and everywhere artists began carving out their own take on hip-hop. Dr. Dre, Snoop, and 2Pac had the West gangstafied and funked out, Outkast and Goodie Mob served up home-cooked Southern twang, and Bad Boy was leading the reformation in the East. Yes, the shiny-suit era was upon us.

But not everyone was quick to forget the original sound. Amidst all the evolution happening in the hip-hop universe, there were a handful of purists desperately trying to preserve the remnants of the Golden Era. Among them was the D.I.T.C. crew. They were the quadruple threat, showing love and skill to all four elements of hip-hop. While not receiving the same mainstream acceptance as other collectives (Ã  la Wu-Tang), they still had the utmost respect from true heads, a currency just as valuable in Hip-Hop Nation as the dead presidents themselves.

Well-spoken and street-smart, O.C. is arguably D.I.T.C.’s most skilled lyricist. Omar Credle’s first two albums, 1994’s “Word…Life” and 1997’s “Jewelz” were hip-hop in its purest form, refreshingly basic in an era of experimentation. When “Bon Appetit” dropped in 2001, O.C. took the oft-attempted, rarely successful lunge at the mainstream with predictably disappointing results. Though not a complete disaster, it was obvious that loyal fans didn’t recognize the new O.C. and thus turned away. Eleven years after his debut and four years since his last album, O.C. returns with “Starchild”. Clearly ready to return to his old ways, he sounds as fresh as ever.

The album opens with “Evaridae”. Pharoahe Monch doesn’t disappoint as the only guest vocalist on the album. The track floats with the trademark jazzy production from The Locsmif. If you don’t know, check out his work on the unofficial Outkast mixtape “Outskirts”. Locsmif returns for “Who Run It?”, adding scratches to patient drums and melodic keys. O.C. let’s everyone know who’s running the yard:

“All aboard, train ’bout to leave the platform
Fans ask for him, many trips overseas just to rap for ’em
So many rappers in the battle got they ass torn
Very few admit they’ve partaken in my crash course
At last, the underground king once more
Will induce labor able for a son or daughter born
O’ brought many along this road yellow brick
Nowadays’ generation don’t recognize SHIT!”

Vanguard commands the boards for “The Professional” with triumphant horns and a hint of Bruce Dickinson cowbell (it’s an SNL joke). O.C. spits some more venom:

“O.C. bonded for life with this
I come through, niggas whisper, ‘He’s nice with his’
Been that, always, nothing’s changed but the game
Now a buck-eight-five, height five-eight frame
Bum-rush on, no retreat, it’s a wrap now
It’s a million muthafuckas wanting to rap now”

The album cleanly transitions to the Soul Supreme-produced “1nce Again” with funky horns and plenty of DJ Statik Selektah scratches. “Ya Don’t Stop” is another Soul Supreme offering and features a steady drum beat accompanied by a stuttering guitar. This track is a bit of a letdown since it’s one of the weaker lyrical efforts by O. The rhymes are atypically generic and the last third of the track is absent of any vocals. Further, the instrumental in this vocal-less intermission makes an awkward switch right in the middle. Not sure what happened here, but it wasn’t good. The minor bump in the road is quickly forgotten with the arrival of “Story to Tell.” O.C. shines his brightest when his storytelling ability is put on display. Here, his vivid lyrics guide us through a mini-autobiography. Vanguard supplies a beautiful backdrop guaranteed to get heads nodding, complete with a delicious soul sample.

“I’m still a young dude, at the same time grown
Baby boy to my momma, the youngest of four
My life’s no fairy tale, can’t call me Cinder-fella
Though life be like rain, my thoughts the umbrella
O’, got it covered, it’s a gift not a talent
Being bougie or corn-chip, I simply won’t allow it
My aura’s like, well, it’s hard to describe
Let me just say I’m on the serious side”

“What Am I Supposed to Do?” warns listeners to keep one eye up for so-called homies turned snakes. Drums, repetitive keys, and an acoustic guitar work well to convey the song’s overall vibe. “Memory Lane” is another demonstration of O.C.’s storytelling skills. The more times I hear this, the closer it gets to overtaking “Story to Tell” as my favorite track. Vanguard comes through for the the best production on the album, a moody, dramatic soundscape that’s a perfect match for the narrative. Plus, the sample used here is bananas! O.C. tells the fatal tale of a close friend:

“I recall one of my cousins going out to California
Coming back telling us niggas dying over colors
He told me ’bout khaki wearing, jheri curl brothers
Doing drivebys in cars with machine guns busting
I found it farfetched, thinking his story is stretched
Finding out later on about the West coast sets
Let me fast-forward the story and tell ya how it ends
They moved to start a new life for his life to end
Come to find out later on he was Blood inducted
From the same set he claimed was the Blood who bucked him”

Soul Supreme serves up another gem with an uplifting, bouncing beat for “Getaway”. The legendary DJ Revolution stops in to provide the cuts. O.C. spits with hunger, matching the production’s exuberance with inspired vocals. “Special” is an ironic name for a song that suffers from lyrics that are not quite up-to-par and production that’s a little too familiar. Truthfully, at this point, we’re only splitting hairs. While this track may be one of my least-favorites on the album, it still remains an offering superior to most songs you’ll hear anywhere else. The album comes to a close with a remix for “Who Run It?” by The Locsmif. Not terribly different from the original, I do like the lighter, flute-enhanced feel this version carries.

Overall, my only complaint for this album is that it’s too short. At just 48 minutes of material (including a remix), listeners are left hungering for more. In the same token, this also means that there’s no room for any filler. Each song is, at worst, solid and, at best, spectacular. O.C. limits the album’s production team to three capable hands, allowing for a consistent, soulful sound that almost never disappoints (except I still can’t get over the strange ending to “Ya Don’t Stop”…). Adding to the continuity, aside from a brief verse from Pharoahe to open the album, O.C. is the only microphone controller here. O’ knows what to do, offering a lyrical lesson for any wannabe MCs. This album is proof that “Bon Appetit” was just an aberration, a slight detour from an impeccable career path. “Starchild” brings O.C. back on track and is one of the best albums released so far in 2005.