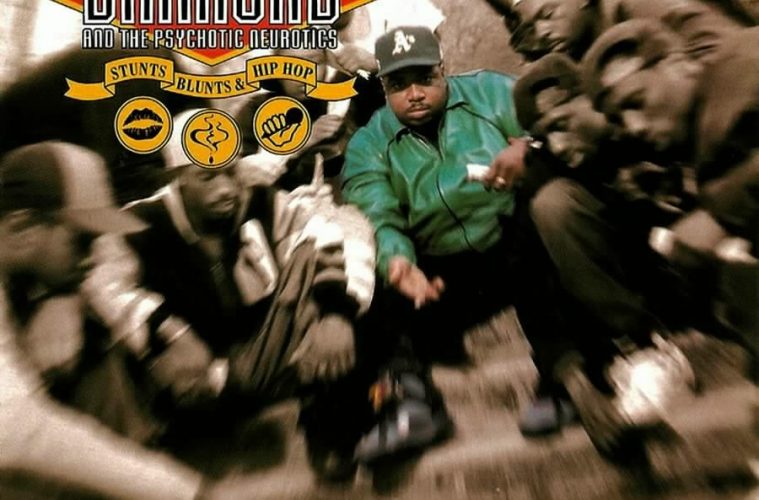 1992 was a bustling, expanding time for hip-hop culture. A Tribe Called Quest and De La Soul were at the top of their games, and Dr. Dre was quickly building his legend out west. Groups like Gang Starr and Pete Rock & CL Smooth were refining the sound that the D.A.I.S.Y. Age had created, moving towards a more serious type of music. The element of emceeing remained important, but the focus shifted quietly towards the beats, and for good reason. The music that was made in the early nineties constitutes much of the most influential, effective music we have ever witnessed from hip-hop. All of the most important figures of the day, namely Pete Rock, DJ Premier, Prince Paul, and the Large Professor, are still making great music today.

To the casual listener of old-school hip-hop, Diamond D is frequently forgotten amongst the more recognizable names of the time. This is a shame, because he was, and still is, on par with the other in terms of the perfection of his craft. His 1992 debut, released under the guise of Diamond and the Psychotic Neurotics, is as effective as anything else that was being made at the time. It is intensely jazzy, experimental at times, and stands still as great music from a time that has unfortunately passed. We can see traces of the influence of records like this everywhere, but music such as “Stunts, Blunts, & Hip Hop” will never be made again.

As the amusing title states, this album is one long party from beginning to end. The personnel on the album are looking to meet women, party a bit, and above all, bless us with something to listen to. Diamond sows the seeds for D.I.T.C. with numerous guest appearances from his cronies, and the sheer number of different voices influencing the record creates the effect of one large party. Diamond gets his shine, of course, but he recognizes that the hopefully ensuing fame is not what making the music is about. At times, “Stunts, Blunts, & Hip Hop” is an extended family of hip-hoppers, hanging out in the studio and making music with the supportive backbone of Mr. Diamond D’s fertile production. There are several scattered skits that feature the likes of Big L and Showbiz speaking a bit in between songs, which fills the disc out and adds to the idea that Diamond had his psychotic and neurotic friends helping out liberally.

“Sally Got a One Track Mind” is probably the best-known song on this LP, and with good reason. Diamond hooks up one of the softest, purest beats you’ll ever find, and his playful rhymes complement the music perfectly. Though he is clearly more blessed with producing skills, this is the era in which anyone and everyone tried a concept song. Diamond does it as well as anyone here:

“Sally’s 19, and nothing has changed
On the prowl, her lifestyle’s foul
See her at the clubs, sippin’ on a drink
Playin’ herself in her girlfriend’s mink
Talkin’ about ‘Look at him, he’s cute’
Thinkin’ to yourself ‘does he have any loot?’
The guy walks up and he says hello
The lights are dim and the mood is mellow”

Diamond’s production on this record fits very well within the type of sound that many people were testing at the time, but there are plenty of moments during which he demonstrates a willingness to try something original. “Step To Me” is powered by a recurring horn loop that sounds odd and is almost awkward, but during the hook he provides a mesmerizing collage of vocal samples and music that carries the song between his hard-headed battle rhymes.

The excellent “A Day in the Life” is assisted by Brand Nubian, and the chorus chants “It’s just a day in the life of three black men.” This song is true evidence of the camaraderie shared amongst the musicians of this time, as Brand Nubian is present both as featured guests and as vocal samples lifted by Diamond for “Fuck What You Heard.” For me, Sadat X is the attraction on “A Day in the Life”; whenever I throw on “One For All” his voice lingers with me forever, and this song is no different.

Diamond’s subtle experimentation continues on “Red Light, Green Light,” which morphs from a playful xylophone sample to a driving minimal bassline with some bizarre children’s chanting on the hook thrown on top of more xylophones. This song epitomizes the carefree qualities that abound on “Stunts, Blunts, & Hip Hop.” Certainly, Diamond D is adhering to the musical ideals that others shared to an extent, but it sounds much freer than other material from this era. Music was being made at this time that was technically better, but very few records capture the landscape of life and music-making better than Diamond’s debut. Each song has a beat that is layered sparingly with various loops, but these loops vary widely across the twenty-three tracks. “What You Seek” has a traditional horn section over hard drums, while “I’m Outta Here” bumbles along with a strange looped sound that is nearly uncomfortable, but not quite so. With such variety, a hidden gem is likely to be uncovered with each listening. Right now, for me, it is “Freestyle (Yo That’s That Sh..)” with The Psychos, because it is so much smoother and subtler than everything else found on the record. Tomorrowâ€¦who knows?

The rhymes mirror the music almost perfectly. Diamond tackles plenty of topics, sometimes touching on several within one song, but he always finds time to lightheartedly proclaim his spot at the top with his style that “will embrace you like a pair of pliers.” Production is his forte, and that will be obvious after the first time through. He is not a slouch on the mic, though, and what he occasionally lacks in pure lyrical skill he makes up for in creativity.

The title track, pushed far back into the depths of the record at track twenty, is the proverbial cherry. In the three separate verses, the founding concepts of the record are discussed. About women, he claims “stunts are a man’s best friend, ask any man, he’ll say with a grin.” On the subject of ganja, he thinks that “Whether you’re a trooper or some young punk, you gotta put the herb in the blunt.” And finally, concerning music itself, he discusses the forefathers of rap, emphasizing the happy-go-lucky attitude of the block parties and the festive nature of fledgling hip-hop. Diamond loves life, and this song is clear proof. There is hardly a malicious word on the entire record, and experiencing it will soften your frustrations and shatter your negative impulses.

Aside from appreciating the music found on “Stunts, Blunts, & Hip Hop,” I truly love the idea of this album. At the end of the title track, concerning the birth of rap, he says “back then it wasn’t done for the cash, I hope the legacy continues to last.” Whether acting intentionally or not, he fulfilled this statement with his first record. The music he was making in 1992, regardless of what people think of it, cemented his integrity as a person in my mind forever. This record is true to his heart, and because of the immense quality of its contents, it should be remembered fondly by all lovers of this music.