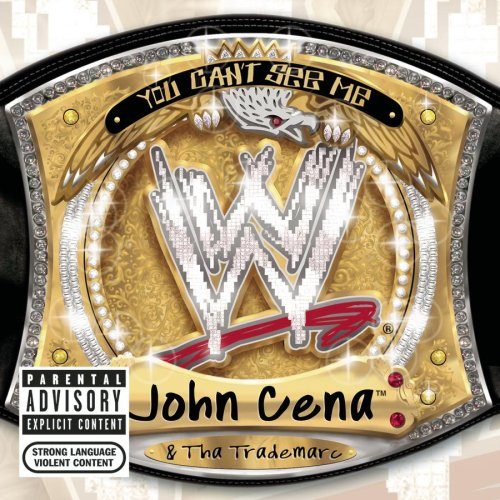 There are three groups of people who are going to have it out for John Cena even before one word of his rap hits their ears. The first group is pro wrestling fans, who suffered through horrific rap performances from the likes of Hulk Hogan andRandy ‘Macho Man’ Savage. One can hardly blame them for being automatically skeptical of any grappler who tells his or her fans that they have musical ambitions. The second is the rap fanbase, who these days are largely conditioned to go with what’s spinning on BET, MTV or Hot 97. Unless they were wrestling fans to begin with they may not know anything about Cena’s rap, and the marketing strategy of showing his music video during WWE Raw won’t reach them at all. Last but not least are the hip-hop culture purists who after all this time still haven’t forgiven white people for the transgressions of Vanilla Ice. While they might couch their opinion within acceptable politically correct phrases you could boil it down to essentially meaning “no white boy from a suburb like West Newbury, Massachusetts has any business rapping.”

In music as in the world of wrestling, the only thing that should really matter is your skills. A good promoter cares nothing about where you were born or what your racial and religious background is – he only cares if you know the difference between a wristlock and a wristwatch. Years ago pro wrestling on television might have seemed a lot more vanilla, but today’s top superstars hail from a wide variety of backgrounds. We all know the hard road underground rappers take, the dues that they pay rocking hundreds of small venues and recording demo tapes no A&R is even going to bother listening to. For someone looking to break into the wrestling world it can be even worse. The goal of most schools for the sport is not to get you ready to be in the ring, it’s to convince you that YOU’RE NOT. They try to break you down physically and mentally by pushing you past the limit. Even if you pass the test, you’ll spend years wrestling in armories and bingo halls for audiences often no bigger than 15 people – half of whom may be family or friends. Some wrestlers wait over a decade before being discovered and making the big time; some wrestle their whole life and never make it at all. Imagine how many amateur rappers would struggle for 15 years without getting any further than they were when they started, without having given up long before then.

For John Cena to be where he is today (as of this review he is Smackdown’s WWE champion) meant years of paying dues in small federations like UPW and OVW. Ironically to hear Cena tell it this is also what sharpened his RAPskills. Cena was born and raised into hip-hop, and unlike some of us probably can’t remember a time when it wasn’t on TV or radio and everywhere in pop culture. He came up a rap fan and always had that seed inside him, but the confines of the ring called first. It was directly because of freestyle ciphers with fellow hip-hop fans in small wrestling feds that Cena developed his flow, at the same time he developed his technique. Those who remember Cena’s debut match on national TV know that WWE didn’t PLAN to market Cena as a rap artist. They showcased him as a brash young kid with a great physique who took Olympic gold medalist Kurt Angle to his limit. It was only AFTER Cena showed the world his rap during a WWE Halloween event (ironicallyDRESSED as Vanilla Ice) that the promoters realized they should have been exploiting his natural skills in hip-hop as well. Since pro wrestlers who rap have never been popular, often the exact opposite (one has only to look at the failure of the No Limit Soldiers in WCW as proof), he was made out to be a villain. That’s the funny thing about wrestling fans though – sometimes they like the bad guy better. Cena’s swaggering, foul-mouthed, attitude charged raps on the mic quickly made him a fan favorite – rap music’s answer to Stone Cold Steve Austin.

With the album “You Can’t See Me,” the phrase Cena made famous by waving his hand in other wrestlers faces has now become the album where he proves whether or not his mic skills are as good as his wrestling skills. To give credit where it’s due Cena is saavy enough to realize those aforementioned three groups of people might not be ready to accept him as a rapper on his own. Therefore Cena enlisted the help of his cousin Trademarc, an underground MC who has been paying dues in his own right and who’s credentials trace back to freestyling with the Eso-pterodactyl long before 7L & Esoteric ever dropped a record. For the lead single “Bad, Bad Man” the duo took it one step further and enlisted the help of long time industry veteran Bumpy Knuckles, who some rap heads may know better as Freddie Foxxx. Combining the three together over one pounding Chaos produced track that samples from “Hard Drive” creates magic – the same kind DJ Premier found when he teamed Guru with Foxxx and Big Shug on “The Militia.” The beat is right, the crew is right, and the skeptics can stop hating Cena now because the lyrics are tight:

“Your boy’s a bad man, and we invadin the streets
Make unclever rappers scurred, they be droppin the heat
Shocked the world, now I’m standin alone
I flip fools like them clamshell cellular phones
You can’t help but nod your head to the track
Fuck the watered down rap, we be takin it back
Give it to me straight – ain’t no chasin it
Check yourself in the mirror – ain’t no facin it
Cause you, playin the role and you plannin to fold
This the masterplan, we got the planet on hold
We all over the streets like your favorite sneaker
Breakin up your sound like a drive-through speaker”

“In case you forgot or fell off I’m still hot – knock your shell off
My money stack fat plus I can’t turn the swell off
The franchise, doin big bid’ness, I live this
It’s automatic I win this – oh you hear those horns, you finished
A soldier, and I stay under you fightin
Plus I’m stormin on you chumps like I’m thunder and lightning
Ain’t no way you breakin me kid, I’m harder than nails
Plus I keep it on lock, like I’m part of the jail
I’m slaughterin stale, competition, I got the whole block wishin
they could run with my division but they gone fishin –
– with no bait, kid your boy hold weight
I got my soul straight, I brush your mouth like Colgate
In any weather I’m never better your boy’s so hot
you’ll never catch me in the next man’s sweater
If they hate, let ’em hate, I drop ya whole clan
Lay yo’ ass DOWN for the three second TAN”

Perhaps the smartest thing Cena did on “You Can’t See Me” though is to put wrestling to the side. Other than having his WWE title belt on the cover, you wouldn’t really recognize he’s a wrestler from listening to his rap. What made Macho Man’s raps so comically unacceptable, aside from his advanced age and lack of flow or breath control, was that every single track seemed to be a rap about what he’d do in the ring or who in the ring he would do it to. While Cena, WWE and Columbia Records may all agree that there’s a lot of crossover potential thanks to his incredible popularity as a wrestler, they’re not making the mistake of having Cena write and record songs dissing his chief rival John ‘Bradshaw’ Layfield on this album. Cena can challenge JBL at live shows and TV tapings with freestyles, and it works in that venue. In this venue Cena is all about hip-hop, and his only competitors are fellow MC’s who think they can knock him off easily. The thug from West Newbury ain’t havin’ that – and with a Jake One beat behind him it’s “Just Another Day” to show his rap belongs in the hip-hop world as much as anybody else’s:

“Everybody askin me – what you really like?
Is this really life? Do you really fight?
Do you fear the mic, when there’s millions watchin?
Are you super rich now, how much grip you coppin?
You the new kid, now you gettin some shine
When every vet sayin that it’s not yo’ time
My hustle is non-stop and it’s not yo’ grind
Plus I hear very clear, I’m not so blind
Beef I don’t sweat it, sleep I don’t get it
I remember your face it’s just your name I forget it
These days they melt together as one
I got some plans to do shit that ain’t never been done
Take this game into battles that ain’t never been won
I ain’t gon’ walk through life, I think it’s better to run
And yeah I’m eatin right if you askin
But the size of my wallet that’s a reflection of passion”

Cena definitely has that passion, and it’s only a shame that a full-time career as a wrestler will probably keep him away from going on a full-time rap tour. Some people are still going to refuse to accept he’s nice just because they won’t see him on the mic at their local club, no matter who he’s down with or how dope he is as a rapper. And so you don’t get the wrong impression, this is not a flawless debut. There are a few songs with questional beats that may not be per se whack but don’t really hit the head – “We Didn’t Want You to Know” and the overly crunk “Don’t Fuck With Us” among them. Fortunately they are balanced out by equally unexpected gems like “Beantown” with Esoteric and “Know the Rep” with Bumpy Knuckles. Flipping back and forth between Chaos and Jake One for the beats was the right choice, as their underground bangers keep both Cena and the album on point. “You Can’t See Me” may have been a well planned and carefully calculated marketing move, but at the same time it screams of the passion of a man who loves to rap just as much as he loves wrestling. For that reason you haters can stop hating, because Cena’s time really is now.