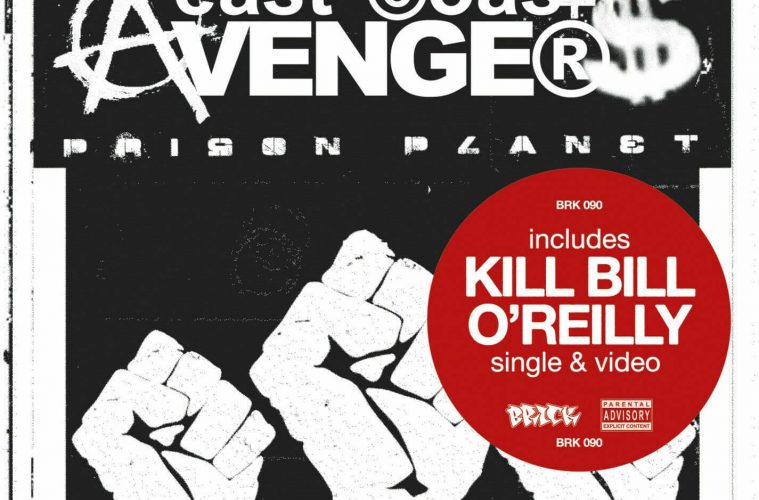 Long before him, 7L, and Inspectah Deck teamed up as CZARFACE, Esoteric began translating his comic book fan knowledge to hip-hop form as part of another trio in 2008, albeit one that was short-lived. Teaming with fellow Massachusetts hip-hop artists, emcee Tha Trademarc and producer DC the MIDI Alien, the three formed the East Coast Avengers like Iron Man, Thor, and Captain America. Despite the medium in which it’s rooted, this album doesn’t reach anywhere near the same enthusiasm for Marvel/DC that CZARFACE has attained. The customary battle rhymes are there, but there’s also social commentary and heavy politically-laced lyrical attacks.

Compared to future beats used by Esoteric, the production provided here remains sample-based, but DC adds a certain polish to it. The clean strings and snares are apparent on the controversial single “Kill Bill O’Reilly”. Production aside, it’s quite lyrically scathing as Esoteric goes primarily on conservative news host Bill O’Reilly. The Eso-Teradactyl has a dislike for conservative FOX News pundits and has displayed it by throwing lyrical jabs at them, but this is him and his angriest. So much so, that even liberal news pundits like Keith Olbermann had to condemn the song. Also, aside from King Magnetic and Celph Titled, the guest rappers are relegated to those who are New England-based. They have Freddie Foxxx on the title-track, then Apathy and Termanology on “Vengeance.” The intro for the former contains cartoon dialogue samples reminiscent of MF DOOM.

The social commentary and political leanings kind of overshadow the type of emceeing these rappers are known for. “Hey America” is a lyrical open-letter about the pros and cons of being an American, a topic which is taken further on the Slaine-assisted “Lady Liberty” which personifies America as a woman soon to be divorced. “Win/Win Situation” is a meditation on school shootings. On “East Coast Overdose”, even Celph Titled starts his verse off by finding a political angle to his usual battle lyrics. They’re back to form on “Avengers Assemble” and “Torture Act”, especially the former with its horn-production and hook:

Though none of these artists are strangers to mature lyrical topics, “Prison Planet” tends to become exactly that for the rappers attempt at going against type. However, “A Valiant Effort” is one of the exceptions. The melodic guitar strings in the production add to the dark topic of the track which has Eso and Trademarc rapping from different perspectives about a friend’s suicide. Of course, there’s the inevitable comparisons between both emcees. On this track, the difference in their styles is most apparent as Esoteric has the more identifiable voice and his verses are non-stop multis laced with pop culture references. On the aforementioned collabo track “Vengeance”, he starts the rapping off with this style in full-force:

In the parlance of comics, the East Coast Avengers lasted about as long as the Champions of Los Angeles. Still though, it’s usually the most avid fans of either or both who recall them from the annals of those mediums. Furthermore, they’ve the raps to satisfy a sub-section of fans. Though the group had the potential to go further, “Prison Planet” became ironically confined to a one-shot.