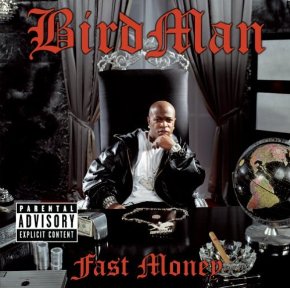 B-B-B-Birdman daddy. It all started with the relatively innocent phrase “The Birdman daddy, I’m fly in any weather” on the Big Tymers song “I’m Still Fly” from 2002’s “Hood Rich.” At the time it was a little cornball, bordering on clever but not quite “all that” as a punchline, but that was to be expected. After all as the CEO of Cash Money Records, Bryan Williams was never supposed to be a full-time MC. He and super producer Mannie Fresh formed the group Big Tymers to flesh out the label’s roster in the early days yet never really disbanded it, and as a result did indeed hit the big time with songs like “Get Your Roll On” and “#1 Stunna” at a time when it was much easier to corner the rap market on being flossy and having cars kitted out to the maximum.

With most of the rest of the Cash Money roster departing the label over money issues it was no surprise that Williams once again turned self-reliant to release his “Birdman” debut in 2002. Baby took the line and made it his trademark, going so far as to make bird calls in the middle of his songs. On the one hand you couldn’t blame Baby for trying to keep his label afloat when stars like Juvenile were leaving to shine elsewhere, but on the other hand it’s hard to ignore how awful his gimmick was. At least on Big Tymers albums Baby and Mannie Fresh could cover for each other’s lyrical weaknesses by constantly trading off raps so that neither one was ever overexposed. Putting Baby solo gave him no cover whatsoever. Some of the songs managed to be entertaining, but it became abundantly clear Baby was no skilled rapper.

Ignorance however is bliss, as Baby has clearly ignored his shortcomings and decided to take his solo career one step further. Abandoning all pretense of being Baby any more, despite being known by that rap nom de plume since the 1990’s, Bryan Williams has now named himself after his previous album. Henceforth he IS the Birdman, which means hip-hop is now stuck with the gimmick for better or for worse. Maybe we should just strap some wings on his back and hand him a briefcase: Bryan Birdman, Attorney at Law. Nevertheless Birdman found solid success even before this album’s release when his “Get Your Shine On” duet with Lil’ Wayne was featured in a series of commercials for Lugz:

Thanks to Mannie Fresh’s mixture of electronic keyboards, pianoes and hard bass along with Wayne’s guest rap, the song was highly acceptable – mostly due to the fact Birdman was easy to ignore. The same is true of the second single “Neck of the Woods,” with another Lil’ Wayne guest appearance and a beat by Batman (Cash Money is becoming way too cartoonish):

Lil’ Wayne: “Shhhhyeah, gangsta to the core
Ankle wrap flamer paint your kicthen floor
Wit your whore, shit you can’t ignore
Things you endure when you fuckin wit the boy
All I hear was ‘Weezy don’t kill me no more’
I hear your bullshit, I play matador
I’m out of category, I ain’t there wit y’all
I got a positive vibe but I ain’t scared of y’all”

Wherever Birdman can bring in other rappers to hold down the tracks, the album improves in quality dramatically. Bun B and 6 Shot hold down the pulsing “Ghetto Life,” you can find Curren$y and Main sharing billing with Wayne on “Shovlin’ Snow.” Deezle laces a hot track for Chop to sing over on “Out the Ghetto,” but Mannie Fresh ups the ante for “Solid Chic” featuring Lil’ Mo. The latter track also has some of Birdman’s most tolerable lyrics for the entire album:

“I be on the grind, my bitch be too
I let live this ‘Hood Rich’ life however she want to
And if I get put in a jam, put on my ass
She the first in the hood deliverin slabs
And I be in the hood, nigga we be chasin paper
Droppin off, pickin up, in them ecalator
And where I’m from, them hoes get done too
That’s why I tell my hoe to peep out her rearview”

Mannie Fresh tracks are too few and far between, but where they do appear it feels like Birdman is more lyrically motivated. You won’t get raps more insightful than hustling and flossing on tracks like “Dug Da Block” and “We Getting it On” (on which Fresh also raps), but the songs are ear pleasers. The selection of beats on this album though is a step or two up from the “Birdman” release even when Mannie doesn’t contribute. Batman and Birdman co-produce the pounding “My Territory” and dark ringing “Cash Money Nigga.” Deezle does a nice job on bangers like “Get it All Together” featuring Wayne and “We Got That” featuring 6 Shot. Ultimately the biggest problem with this album turns out to be that it’s too long, because even for all the things Bryan Williams got right this time around 70+ minutes of him on the mic is too much to take. To give credit where it’s due though he’s certainly not any worse as an MC than he was before, and perhaps a little better now that he’s cut down on the amount of annoying bird calls and focused a little more on narrative tales. “Fast Money” won’t go down as an all-time epic, but could easily be a summer pleaser with good cruising music when you’ve got the windows down and volume turned up past ten.