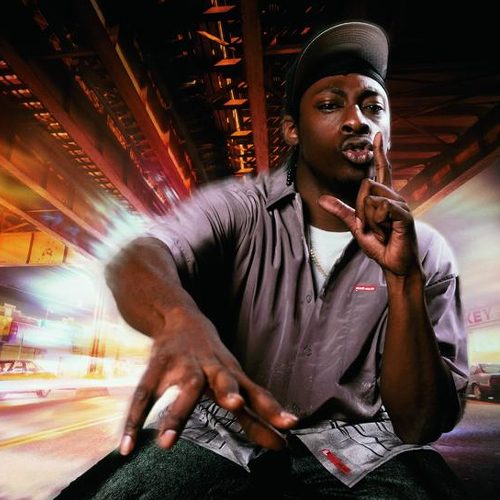 Pete Rock’s signature sound has evolved a little since his first opus, “Mecca and the Soul Brother.” While most of the other great producers from this time have either altered their musical selections significantly or fallen off the map, Pete Rock has stuck to his guns with alarming success. As the standards held above rap music have changed, so has he, but he has adhered closely to the style that brought him acclaim. A jazz sample here, perhaps another for effect, and he’s got it. The samples are so hearty and pleasing that he has never felt the need to abandon this formula for something new. His continued success is partly due to the reliance that his fans can place on him. He is trustworthy; he has never let his people down in the least.

With few exceptions, nearly all of the production work that Pete Rock has done was meant to accompany a rapper. “Petestrumentals” is one of these exceptions. Released on Barely Breaking Even Records in 2001, it is the ultimate showcase of what Pete Rock can do. Even his best material made concessions to the fact that someone had to sound at ease rapping over the music, which made for more defined and distinct production with flourishes of jazz sampling. “Petestrumentals” was not built with this in mind, which makes it the cleanest example of the Soul Brother’s talent. His other instrumental album, the more recent “Surviving Elements,” was a collection of unused instrumental tracks intended for rappers. This record, though, is an extended journey through his crates with no outside influences tainting the experience. It is possible to freestyle over this material, but it was not created with that in mind. “Petestrumentals” stands up as well as any instrumental record I have ever heard, and Pete manages this without abandoning his roots as a rap music producer.

This album differs from Pete’s other work because the samples are blended together in a much slicker fashion, and all of the drums are meant to complement the melodies instead of providing a spine. More than the rest of his catalogue, the music is truly united, and it takes far more attention to appreciate some of the subtler moments. “A Little Soul” opens the disc with a spacey piano sample and the faintest trumpet in the background. The mixture is so sublime that the repetition does not matter, and the elements rise and fall methodically as the track moves on. There is enough depth to the song that you will be glad that a rapper does not appear, because anyone less than the best would have detracted immensely from one’s enjoyment. From the get-go, this is the ultimate relaxation music. After a long day of work, this will accompany the transition from reality to dreaming beautifully.

There are no true standouts because of the unity Pete Rock manages to weave throughout. Each song is aptly titled, from the sultry “Play Dis Only At Night” to the breezy “Smooth Sailing.” “Pete’s Jazz” has the most defined bassline on the record, but after a few seconds the other components are added to cover up the nakedness that results from the absence of a rapper. Repetitive bells and the occasional horn ride over the track for awhile, until a lovely crescendo arrives to provide a musical high. Each song follows a relatively simple formula, but Pete orchestrates everything in such satisfying fashion that this formula is nearly undetectable. A few vocal samples are sprinkled throughout, but nothing he does alters the jazzy aura that permeates the entire album. Pete Rock is the true master of this, and “Petestrumentals” is his truest showing.

A few songs have a bit of a sore thumb quality about them. “Give it to Y’all” relies too heavily on an orchestral stab that results in the song feeling out of place. While the other songs adeptly mix various unique pieces, its repetition grates in a slight way. The simple fact is that any rapper would beg for such an instrumental, but amongst such a smooth and wonderful collection of music, “Give It To Y’all” is faintly inferior.

Two songs featuring rappers show up near the end, thankfully, and their appearance doesn’t hinder the record as much as expected. Pete’s protégés, The UN, are guests on “Cake” and “Nothing Lesser.” The production is more skeletal to make room for the voices, but both are excellent songs, and since they arrive at the end, they do not disrupt the flow of the instrumentals. The copy of this record that I own is an original pressing, and another batch has since been released with several other rap songs strewn between the “Petestrumentals.” The emcees (Freddie Foxxx, Nature, and C.L. Smooth) are more than adequate, but I would imagine that the flow of the record is disrupted by their presence. In addition, a few of the instrumentals are removed in place of a couple of new ones. Without the pleasure of listening to almost a dozen of Pete’s most lush instrumentals consecutively, much of my appreciation of this album would likely be removed. Approaching this as anything other than an atmospheric instrumental record ruins the experience, and with injected appearances from emcees throughout, the listener has no choice but to snap out of the mood.

I believe that this is Pete Rock’s finest work. Even if a copy of the newer version is obtained, the wondrous music will still be intact. It is the most indicative of what he stands for as an artist, and because he has the center stage, “Petestrumentals” is unfettered Soul Brother. His artistry has spawned better, more important moments on wax, such as the epic “Shut â€˜Em Down” remix, but these moments are not as concentrated anywhere else as they are here. Above anything else, this is Pete Rock. He is breathing down the neck of each song, giving the collection a life that is spawned directly from his studio and nowhere else. If Pete Rock is among your favorites but this record does not reside in your collection, or if you just want a relaxing set of grooves, get a hold of “Petestrumentals.”