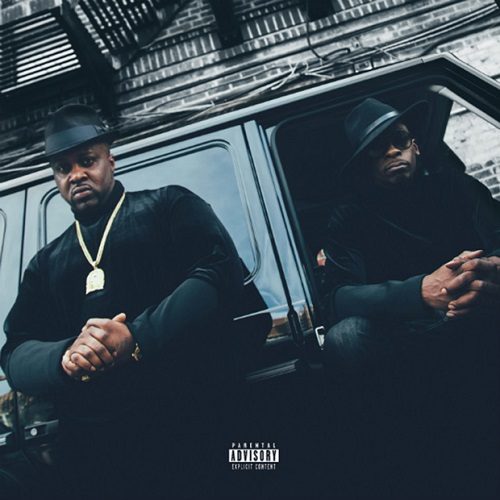 It’s been over ten years since Harlem’s Smoke DZA first graced these webpages with his partner in rhyme Numbers and their mixtape “The Color of Money.” Since re-emerging as a soloist in 2009, DZA has successfully created a lane for himself with a steady (but not supercharged) stream of releases. As far as MC’s being able to turn what was once known as the mixtape grind into a sustainable business model for themselves, Smoke DZA has been at the forefront and slowly but surely moved his way into the upper echelon of New York rap.

Carrying that familiar note of New York nonchalance, DZA is a counterpoint to the emotionally stirred rappers from Detroit, Chicago and Los Angeles that capture the imagination of critics as of late. And yet inevitably for his city’s contemporaries, the best way to describe Smoke is with out-of-town references. Not only does he sound like a cross between Curren$y and Pusha T, he incorporates characteristic traits of these two, the meditative mood and playful language that can quickly turn into a serious lesson in street smarts.

The name Pete Rock casts a longer and larger shadow. He’s responsible for classic albums and all-time standards and has since been canonized as one of the saints of hip-hop production. The annals state that he doesn’t have to prove anything, but more recent history indicates that maybe he does. While “Don’t Smoke Rock” isn’t the veteran-introduces-freshman project the likes we have seen before, it still bridges the gap beween generations. To illustrate the difference in age, on the aforementioned debut mixtape Smoke disclosed: “I grew up on Run-D.M.C. / Pete Rock, C.L. Smooth, EPMD.” The promotion for their collaborative project even revealed that a young DZA used to carry vinyl crates for PR when he would spin sets in New York. A decade-plus friendship was built and when Rock saw Smoke making a name for himself as a rapper, he thought it was only right that he offered they work together as equals.

The result is a concise collection of cuts often shrouded in darker hues but always glinting with that exquisite glow that emanates from the upper echelon of the underworld. Matter of fact, this is Pete Rock’s most street-themed collab since working with Mount Vernon’s Young Gunz in 1993. No youthful thuggery from these two, however, “Don’t Smoke Rock” coasts on that old gangster gravitas that was immortalized in Jay-Z’s “Reasonable Doubt.” True to such historic circumstances, the album puts forward some big-name guests, with the remarkable side effect that (if I’m not mistaken) the following are officially rapping over Pete Rock production for the first time in their career: Rick Ross, Royce Da 5’9″, Jadakiss, Cam’ron, Wale, Mac Miller, Big K.R.I.T.

Smoke DZA remains the master of this ceremony with his typical air of condescension and awareness for significant moments and details. After a brief visit to “old Harlem” (for him likely the crack era when “every corner was flooded”) in the “Intro,” he enters “Limitless” with the confidence of a man whose life goes according to his plans. “Continue schemin’ / I planned this back since ridin’ filthy on the Major Deegan,” he discloses before concluding the verse in what could be called typical Jigga fashion:

“Gold glasses filled, my wine spilt
How can niggas stand there and downplay all that shit that I built?
Fuck it, everything is signed, sealed – I’m just reflectin’
I leave the credit for the bill collectors
DZA”

An early notification to competition, “Limitless” talks big, depicting Smoke DZA as the “last of the poets” with a “5 Mic flow.” Smoke doesn’t pass bar exams with the ease of his partner in the smart “Hold the Drums,” Royce Da 5’9″, but he’s keen to leave lyrical nuggets in the gold-lettered paper scroll he unrolls. But what really distinguishes him nowadays is the fact that he went from another weed rapper from the inoffensive post-50 Cent scene to someone who can create and convey moods. The Rick Ross collaboration “Black Superhero Car” makes sense in that regard, and if it sounds more like an MMG moment, that only goes to show how much Rozay is the master of his domain. And unlike other guests on “Don’t Smoke Rock” he brings his A game: “Can’t be talkin’ global to a bitch who local / Can’t be rollin’ up smokin’ just to pass niggas your roaches.”

Pete Rock certainly made sure he didn’t pass off inferior product to his former wax carrier. While his millennial output was sometimes marked by too basic beats, “Don’t Smoke Rock” often has the high-res cache that made him famous in the first place. With its combination of suspensful strings and heroic horns “Limitless” is the perfect – exactly because it bubbles steadily below the surface – soundtrack to one man’s rise to power. If “Limitless” is the musical equivalent of the withheld brutality that makes great gangster epics so effective, “Hold the Drums” is the moment of reflection on top of the world: “Kush God… Pete Rock… in your earlobes / Had the babyface flow, now I let the beard grow / Little niggas pointin’ in the streets like, ‘There he go’…” Meanwhile their relinquishment of drums (with the exception of a slight shower of snares and the faintest sample of “Sucker MC’s” to accompany a lyrical reference) is first and foremost evidence of an actual interaction between rapper and producer. Overall their 2016 collaboration suggests that Pete Rock understands Smoke DZA and is able to give him what he wants and also a little bit of what he needs. When DZA’s trademark “Rrriiiiight” adlib is scratched into “Limitless,” it seems almost like a rite of passage from one stage of his career to the next.

“Moving Weight Pt. 1” creates a cinematic scenery with a variety of string instruments while its pace is in tune with the theme of motion. (And it goes without saying that DZA follows suit lyrically with restless hustlerisms.) Ominous, heavy cellos rock “Wild 100s” as distant fanfares act as an epic element. “Last Name” sees Pete Rock going into his affirmative adlibs routine, as if inspired by the sort of wavy boom bap he serves up. “Milestone,” while mainly consisting of a basic loop that recalls less inspring periods in hip-hop, is buttressed by soft melodic undercurrents and BJ The Chicago Kid’s lead voice. (Contributing to the song’s success are rap guests Jadakiss and Styles who respectfully stay on the “Milestone” topic.) With tracks like “Milestone” or “Dusk 2 Dusk” Pete Rock introduces vintage soulful hip-hop to DZA’s world. Not that such templates have been totally absent from it so far, but “Don’t Smoke Rock” is exactly the project to ground him in hip-hop history sonically, even down to the repetitive, piercing sound looped on “1 of 1.”

Pete Rock on the other hand, despite a few less spectacular beats, shows that he stays up to date with the current sound of rap music as most of the beats have a now feel by way of sound, structure, or both. Ultimately the combo does not yet rival Smoke DZA’s fruitful partnership with Harry Fraud, but “Don’t Smoke Rock” is a welcome boost to either artist’s career.