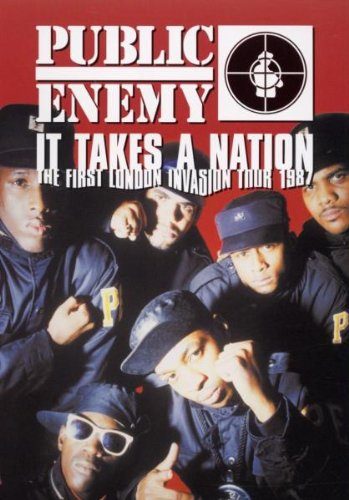 Live albums are always a tricky proposition. Anybody who’s been to a concert that was filmed or recorded, particularly hip-hop, can attest to the fact that the energy you feel in the crowd is entirely different from how it comes across when replayed afterwards. It’s hard to accurately capture that excitement, that raw energy that pulses through the crowd, the give and take between the audience and the performer. What might seem like mistakes or miscues after the fact are entirely different in person, because they’re part of the kinetic experience of the event. If a performance was exactly like the album version of a song, there would be no point going to a concert. CD’s and DVD’s allow for perfect reproduction of a song time after time digitally, but at a live show the song is going to be different almost every single time. If somebody does something wrong, you just keep going. Even if everything is done right, the performer can ad lib things in or leave things out at will for the sake of variety or to excite the crowd.

The opening of Public Enemy’s “First London Invasion Tour 1987” will sound very familiar to long-time P.E. fans, because it’s the exact same “Countdown to Armageddeon” that actually opens the seminal “It Takes a Nation of Millions to Hold Us Back” album. This time however the presentation doesn’t cut off to open with the classic “Bring the Noise.” Instead the live performance continues, and at long last we get to hear the London show that we got only a tantalizing taste of before. The music is actually from three seperate days worth of shows filmed November 1st-3rd in 1987, and as is the unfortunate case with many live albums these days the songs are artificially cut to create a “start” and “end” instead of preserving the performance as is. Not only does this make it impossible to determine which day’s set the songs are from (the album and the liner notes certainly don’t indicate) it creates an incredibly disjointed feeling since the songs can be from different sets altogether.

One thing’s for damn sure – when you hear a “fade out” at the end of a track the audience and performers didn’t all simultaneously lower their volume in sync – some studio engineer did. To date the best live album I’ve ever heard was a bootleg performance by The Roots my man Disco Dave made for me. Instead of trying to chop up the hour + set, he simply put down marks APPROXIMATELY where one song began and another ended. If played from start to finish the performance was seemless, but I could “chapter ahead” like a DVD if I wanted to start a specific “scene.” It’s too bad musicians and their record labels don’t have enough faith in their audience to trust that we’ll understand live shows don’t have specific starts and stops to each song. Great performances are like great mixtapes – they seemlessly blend from one song to the next with instrumental blends, ad libs and voiceovers. One way Public Enemy could have rectified this situation if they wanted to use all three days worth of performances would be to present them as grouped “sets” from different shows, like Boogie Down Productions did on “Live Hardcore Worldwide.” That way the ad libbing, crowd interaction and audience participation during each set is left preserved instead of on the cutting room floor, and the sets can be grouped around specific songs so there are no repeats from one day’s performance to the next.

These nitpicks aside, it’s great to hear Public Enemy live. At this point in their career they only had “Yo! Bum Rush the Show” in stores (at least in the U.S.) so songs like “Bring the Noise” and “Rebel Without a Pause” were brand new material. The “It Takes a Nation of Millions to Hold Us Back” album wasn’t released until April 1988, so the crowd’s excitement at hearing these P.E. songs for the first time is palpable, and Public Enemy themselves weren’t fully rehearsed from doing them thousands of times around the world – everything was fresh and the excitement you hear is real. The album also comes with a bonus DVD so you can watch these performances, and that’s a huge bonus for this release since it does preserve some desperately needed concert context. That alone redeems this release from being just another poorly conceived live album butchered by overly aggressive studio personnel. When you want the full story, pop in the DVD – when you want the audio adrenaline of the live show even in in chopped form, throw in the CD. There’s a media for whatever system you use, wherever you are. It’s also nice to see that on the audio disc they include some “bonus tracks” in the form of non-London performances such as “Miuzi Weighs a Ton” live from San Francisco in 1999. Of course since this is Chuck D and Flavor Flav on the mic with the Bomb Squad providing the beats, the lyrical and musical impact is not at all in question. “London Invasion” is a fair set for both long-time and first-time Public Enemy fans, but could have been even better with a little more forethought about the final product.