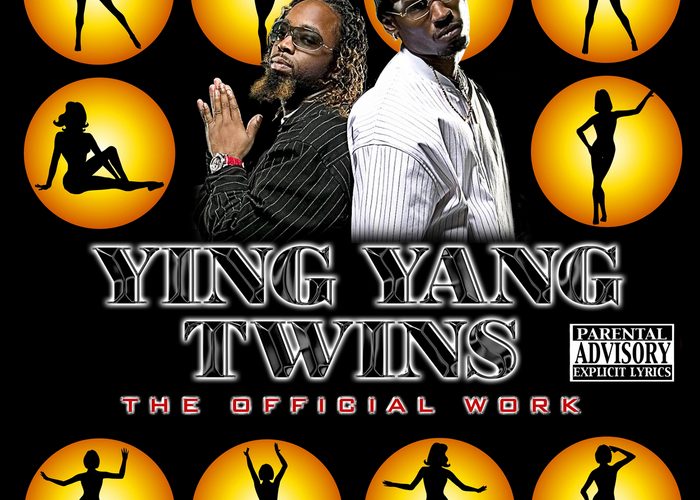 There was a time I would have welcomed the chance to review a Ying Yang Twins album since I figured there was nothing easier than to bad mouth a CD for a few paragraphs. Of course, this ignorant assumption was based on the fact I had already pigeon holed the Twins as nothing more than booty-crunk rappers. When the opportunity finally presented itself with “Still United” I was caught off guard and pleasantly surprised to find the Ying Yang Twins were focused on more than just strip clubs. While other critics haven’t been as forgiving of the Twins’ lyrical shortcomings as I was, most critics have given the Twins props for choosing catchy beats and making energetic music. Surprisingly, the Twins might rank high on the list as one of the most covered groups on RapReviews.com as we’ve covered every CD the group has dropped. In 2008, the Ying Yang Twins are back in more ways that one. On top of bringing us a new album, or “official mixtape” as they call it, the group is also back on the independent scene. After TVT went out of business, Mr. Collipark didn’t find it convenient to bring the Ying Yang Twins to his new label and thus ended their career long relationship. While Collipark is busying himself crafting the latest hits for the likes of Soulja Boy, VIC, and Hurricane Chris, the Ying Yang Twins are showing us they don’t need a big name producer to make good music.

There’s plenty of dance floor ready material to be found on “The Official Work.” I can’t tell whether this reflects on the quality of independent producers or lack of distinctiveness of Collipark and Lil Jon beats, but most of the beats are on par with what you’ll find on previous Ying Yang Twins albums. Tracks like “Go,” “Look Back At It,” and “Swag” all would be worthy additions to your Ying Yang party mix. The only real miss on the party side is “Ochee” which is an uninspired take on the old Nas/Bravehearts track. The Twins also hit upon things other than the strip club on “Rollin,” “Wind,” and “Cheech and Chong.” “Cheech and Chong” is a funky take on the weed song, while “Wind” is in line with tracks like “23 Hr. Lockdown” and “Long Time.” “Rollin” finds the group taking up the classic Texas formula of a laid back beat and screwed and chopped hook. The group also takes some not so subtle jabs at Mr. Collipark on the song, showing us the amicable split wasn’t so amicable after all. Interspersed among the album’s 11 tracks are a series of skits that give you insight into the mind of the Ying Yang Twins. Some are inane â€“ such as one explaining “Ying Yanguage” â€“ but the rest are interesting. Though they have plenty of haters out there, the Ying Yang Twins believe they make music from the soul and think outside of the box, so one can’t really question their passion.

On “The Official Work” the Ying Yang Twins show us that they are one of the most consistent groups in the rap world. Since 2000 they’ve been serving up the same simple, but effective, formula and audiences have gobbled it up with no shame. The lack of big name producers doesn’t hurt their music. On an 11 track album, 3-4 duds do drop the score a few notches, but overall it’s still the same enjoyable music we’ve come to expect from the Twins. Long time fans won’t be disappointed if they pick up “The Official Work” and will surely look forward to the “official album” that is sure to follow. Detractors won’t be swayed by the group’s latest effort, but for two guys who started out by rapping over the melody from a Disney film, it’s no small feat to still be in the game over 8 years later.