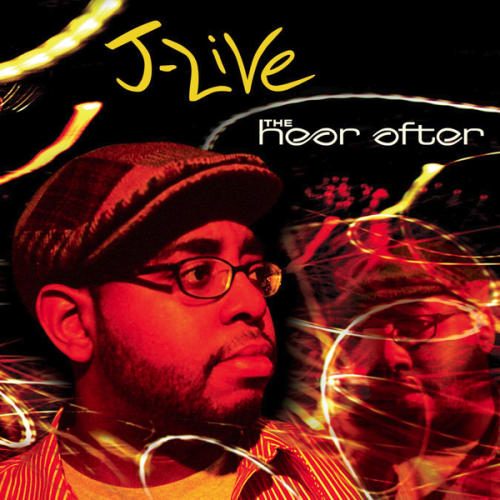 Personally I refer to him as The Other Live Guy With Glasses, but since personal pet names have no place in an informative, objective review, I’ll just call J-Live a unique combination of a rapper’s rapper and the rapper next door. Take his vocal tone. He can sound conversational and self-absorbed at the same time, surrounding himself with both the remote mystique of the MC and the close by commitment of a mentor. Take his delivery. It comes across incredibly effortless, but try to dissect it and you’re bewildered by the involved pace and the intricate way in which he weaves his lyrical web. Take his career. He’s traveled a particularly rocky road, but always seems to be able to bounce back with a thoroughly solid release. Take his subject matter. He is playful enough to engage in verbal wit, yet serious enough to address the plight and strife of the common man. J-Live is the type of rapper who will lace his criticism of the Bush administration with Mobb Deep and A Tribe Called Quest references. He’s the self-described Triple Threat, who emcees, deejays and produces. The “life-savin’, murderous wordsmith,” who confidently claims, “You can’t call yourself hip-hop if you don’t know me,” and adds, “For those of y’all that don’t know, to know me is to love me.”

All of the above can be found on J-Live’s third full-length, the follow-up to the near-masterpeice “All of the Above,” whose brilliance was only jeopardized by its length. “The Hear After” is more compact but continues the mixture of conceptual songwriting and crowd-rocking cuts. “Whoever,” although lyrically modest in appearance, is infectious as only few Latin-tinged rap tracks, J giving a casual but on-point performance over the self-produced assail of percussive stabs and DJ Flo Fader’s bursting scratches. “Fire Water” starts out as a basic arrangement of basslines, but Live’s strategic flow and the production ingenuity of Hezekiah and Tony Whitfield make this one of his most impressive endeavors ever, as the track grows more complex with added strings and the metaphorical lyrics praising the flow they’re delivered in:

“This that shit that get all up in your system
your woofers and your tweeters, your bleeders and your beaters
your amps and receivers, your breathers and your eaters
You love and you leave us, you realize you need us
We get you on the comeback, your pain, we can numb that
Your brain feel trapped, we can help you escape from that
So tap the bottle and twist the cap
pour some out for all your fallen and throw this back
Turn it up for all your peoples and rewind this track
till you’re more sure of the metaphor than fact
Take shots, sips, or guzzle, but please don’t water it down
or try to chase it with a weak-ass sound
You can throw it on the rocks, but it still burns
Go ‘head and throw it on your wounds, it’ll kill germs
You can throw it on the skillet, it’ll wake up the flavor
throw it on loud late and wake up your neighbor”

On the extended intro “Here,” Live prepares for combat, “settin’ the tone like a blade to a whetstone,” knowing that “before bills get paid, skills get honed.” “You can’t get that, might as well get gone,” he adds, revealing the artist that has taken years to develop, who thinks and even theorizes about the fundamentals of music in general and hip-hop in particular. Some of his songs are direct products of this thought process. “Audio Visual” sees him lecturing on the issues of imagination and perception. Accompanied by a beat in 3D by Floyd The Locsmif, who manages to give the instruments an almost phyisical shape as they stretch themselves across the track and wind their way down your ear canal, J-Live imagines you, the listener, and how you’re catered to by the rapper who paints “a picture in your mind with each rhyme,” “with words that be a sight for sore eyes.” In these times when image is almost everything, it’s refershing to witness a rapper who relies solely on the spoken word and a dope beat to sway his audience:

“Some see with the eyes, and some see with the hands
I’m hopin’ you see with your ears, if you understand
The type of music you can frame up on your wall
This is the audio visual for all of y’all”

In a similar vein, “Listening” let us eavesdrop on a phone conversation between Live and spoken word artist Kola Rock, as they discuss the art of listening, last but not least of listening to music:

“I been listenin’ to records I collected
records I’ve selected and inspected, dissected
on examination tables till my technique was perfected
Records that have served and protected
a confidence in my own perception
of the world; once the wax is reflected
I find myself connected
to the music like my lyrics were injected
So now when times are hectic
I close my eyes and listen to the words like advice from somebody I respected”

It’s evident that J-Live is not an actor, in neither sense of the word. He isn’t trying to be someone he’s not. And he often assumes the role of an observer, whose job is not simply to report what he sees, but to offer his take on the events. As he says in “Here”: “Actor not, but still this man of action stock / wisdom by the barrel and the lock and key.” One cut where this all comes together is “The Sidewalks,” produced by Live as a throwback to pre-sampling, mid-’80s New York rap, a gruff surface backed by an ominous boom. Starting off with a Raekwon reference to relate how he DIDN’T “grow up on the crime side, the New York Times side” like the former, J-Live walks us through his birthplace New York as well as his new home Philadelphia, offering the unique perspective of someone who may not always be in the midst of action, but who you can count on keeping score.

J-Live is certainly all talk AND all action when it comes to rating himself above rappers he considers below himself. While there is no song specifically concerning competition, he always finds time to address what he thinks is wrong with rap music. He dubs himself “the oldest rookie, the rap Satchel Paige,” who’s “pitchin’ the heat, exposin’ major league heavy hitters.” He wants to be “more than a mere sayer of rhymes / I’m a purveyor of fine lines / and a slayer of swine minds.” He promises music “that’s gon’ kill ya if it don’t heal ya.” In fact, if he’s to be believed, he’s nothing less than our savior: “Y’all need somebody on the mic that’ll tell it like it is, was and will be / even if it kills me / something that’ll still be / cool when it’s no longer hot / picked up years after it’s dropped / by those who love hip-hop.”

It’s easy to like J-Live. He’s one of the good guys. And because those tend to finish last, he has the added bonus of entering the race as the underdog. With his flow matching his music probably better than ever, it’s even harder not to like J-Live in 2005. Still, there might be things not to like about “The Hear After.” “Do My Thing” occupies the place as promotional guest spot for label mates Cvees (who admittedly have been with Triple Threat Productions since “The Best Part”) too obviously. There’s nothing inherently bad about the track, Probe DMS serves up a bouncing beat in the vein of Jellyroll or Blaqthoven, only more natural. Rappers Swave and Ike engage with Live in a true-to-life cipher, but they bring a menacing aura to the album that doesn’t fit with the overall vibe. J has to take the full blame for “Brooklyn Public Part 1,” a potentially great song about his experiences as a teacher that inexplicably gets cut short as the plot begins to thicken, probably to be continued on a later album. Simply fading to black, not even ending the tale with a cliffhanger is extremely bad judgement, and instead of biting EPMD for “Do My Thing,” he had better taken a clue from Erick and Parrish’s “Jane” series of stories.

“I can’t be feeding kids with stories of gettin’ jerked,” the father of three realizes, so he spares us the sob stories. “This is that grown man theme music,” he proclaims. Unfortunately he fails with the album’s most political offering. The vague “Weather the Storm” is no “Satisfied?”, leaving you wondering whether to call it optimistic or fatalistic. Don’t feel guilty if you find “Coming Home” to be much more convincing, as J and guest Dwele relate how it feels to be away from home and to long for a loved one (which by the way isn’t the only instance touring surfaces as a topic). Appropriately, to J-Live “it’s a path, not a destination,” and even though he means that in a more general, probably also spiritual way, making music seems to be part of how he makes his “heaven on earth for what it’s worth.” A particular path that might be worth pursuing is his collaboration with the instrumental outfit Soulive, who contribute two of the strongest backings to “The Hear After” – “Here” and “Harder,” the latter a storming, powerful track pushing J-Live to a strong performance that speaks loudly of his dedication to his cause and his determination to include us in it:

“This is background music for your mind
whether or not you’re addin’ to the crime rate
So unwind and keep your mind and your spine straight
Cause life’s a bitch and every day is a blind date
This is a break from the rootinest, tootinest, drug-and-gun-shootinest
sniffin-and-snortinest, image-distortinest, rap
I’m just amped to be kickin’ and recordin’ this”