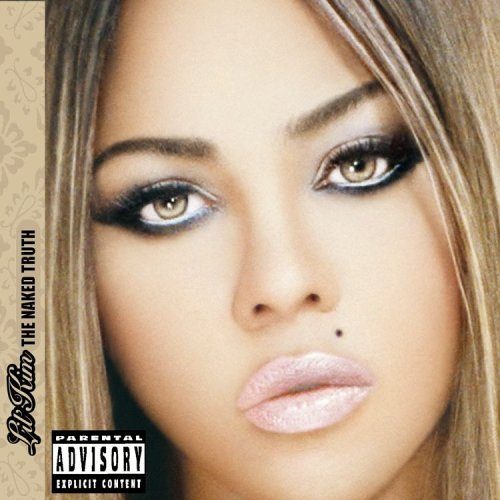 “Some people’s jobs is to talk about Lil’ Kim.”

Guilty as charged. Even though I’m not in the enviable position of a Court TV reporter, XXL interviewer or an MTV VJ with the salary and perks to match, it’s just as much my job to talk about Lil’ Kim as it is theirs. Lil’ Kim certainly doesn’t give people any shortage of things to talk about, and it’s evident she has a Hollywood star’s love/hate relationship with the media as a result. They all claim to be tired of the cameras, the photographers, the gossip columnists and the invasion of personal privacy. Without all of that attention though what would they be? No different from the average cat. “Just a slob like one of us” as Joan Osborne might say. They only seem to be important because they’re under so much scrutiny, and as soon as the cameras aren’t looking they feel less than human. Very few are perceptive enough to realize they exist in a perpetual precipitous balance between being suffocated by the attention or having no career without it. Those who do try to play the paparazzi to their advantage, pretending to hate it but secretly loving every minute of it. Those who don’t often victimize themselves just to get the cameras turned back their way. We all know the type – sideshow freaks like Michael Jackson, Robert Downey Jr. and Paris Hilton who have a virtually unlimited capacity to humiliate themselves through their own stupidity.

At one time I honestly thought that Lil’ Kim was playing the game instead of being played by it. Even the title of her last album “La Bella Mafia” seemed to be a wry statement that she was in charge and calling all of the shots. Apparently she wasn’t calling ANY of the shots though when members of her entourage exchanged bullets with members of Capone-N-Noreaga’s entourage on February 25, 2001. She lied to investigators about being there or even knowing what it was about, but on April 14th of last year she was indicted for perjury and was convicted of the charge on March 17th of this year. She was sentenced to a year and a day in jail on July 7th and started serving her term last Tuesday, one week before the release of “The Naked Truth.” One might even convince themselves the timing is far from a coincidence, as Kim will obviously benefit from the extra publicity as far as her album sales go. This time though, she is the one being played. If she hadn’t been involved in a shootout, she wouldn’t have had to lie about being there. If she hadn’t lied about being there, she wouldn’t have been committing perjury. Intentionally or otherwise Kim has humiliated herself and is doing the only thing she can about it – taking advantage of it like a good lil’ media whore.

“Tabloid magazines rate worst and best dressed
They got some nerve when the ones who do the ratings look a mess
Star Jones don’t like me, she cheap and I like the best
Damn, it must feel good to Payless
You ain’t payin my bills, so you ain’t sayin nothin
Ain’t keepin it real then you need to stop frontin
You say you got this but we don’t see nothin
And people if you feel me get this whole shit jumpin”

“Shut Up Bitch” straddles that fine line between truth and fiction. Kim is right to call out the hypocrisy of those who can criticize her without taking a critical look at themselves. For what it’s worth Kim did have the talent and motivation to make it to the top as a female MC, and has fought damn hard to keep her spot since getting it. When anybody achieves success in life they are criticized for it – sometimes fairly, sometimes not. On the other hand Star Jones wouldn’t be talking bad about her if she weren’t worth talking about to begin with. The whole song ultimately reads like Lil’ Kim is in fact one of those Hollywood stars who is either too naive or stupid to realize she needs the press as much as the press needs her. If everybody took her advice and “Shut Up” she’d cease to exist. That’s even more apparent when listening to an ironically named album like “The Naked Truth” because the truth is she’s become more about image than substance. She does bring in a few big name hip-hop producers – Scott Storch on “Lighters Up,” Denaun Porter on “Slippin,” Fredwreck Nassar on “Kronik” – but for the most part the music is way off. After the first third of the album things go downhill fast. “All Good” is definitely not, and even a Biggie sample can’t save the repetitive beat or corny lines like “I touch more green than Tiger’s putter.” The Game shows up on “Quiet” but that only makes it more apparent the track is one that wouldn’t have made the cut on his own album, and Kim’s mock-Eminem flow doesn’t help. “We Don’t Give a Fuck” should have been hot with Bun B and Twista on it, but Terrance ‘Hot Runner’ Lovelace should run back to the studio for something that’s actually hot as a beat. “Kitty Box” sounds like a bad rip-off of 50 Cent’s “Just a Lil’ Bit” at a faster tempo. There are way too many skits on this album too, 6 out of 21 to be exact, and they’re all a waste of time.

Kim does come correct a few times, but they’re just too few and far between. Despite some annoying attempts to affect a Carribean accent, “Lighters Up” does work as a track and was a good choice for second single off this album. “Get Yours” rocks with T.I. on the track, and Maino is surprisingly good on “Gimme That.” There’s one pervading truth throughout “The Naked Truth” though – without all the extra attention from going to jail there wouldn’t be a lot to hold up this album’s sales. When she gets out of prison she’s going to have to come to grips with the reality that love it or hate it, if she wants to be a star there’s a price that comes with that stardom. She will have to dig deep and come back with better beats and rhymes so that she can hold onto that stardom without having to vicitimize herself further.