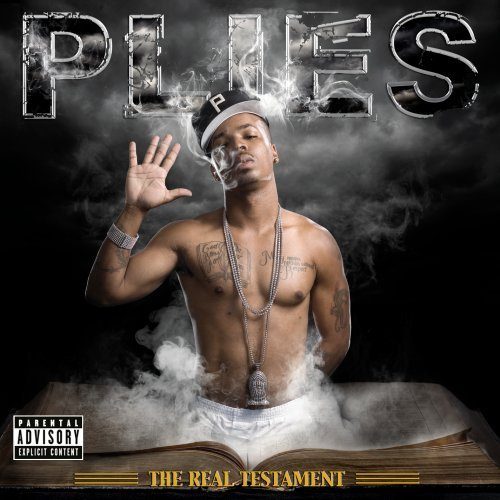 To ply: to wield diligently, to apply oneself steadily, to go or travel regularly. Grab any dictionary you like and these are the definitions you will find, but Algernod Lanier Washington could also puts his face next to that definiton in said same. As the rapper better known as Plies he’s been diligently wielding a mic since 1994, and he’s definitely traveled in support of his musical career, applying himself steadily to the goal of becoming the biggest name to come out of Fort Myers since Deion Sanders and Jevon Kearse. Those plans were nearly derailed on July 2nd of last year when Washington was arrested for illegal gun possession and two members of his entourage were charged with attempted murder. A lot of rappers can claim to be innocent bystanders when some shit goes down at a club, but Plies was performing a concert in Gainesville when (allegedly) he and his crew took exception to having their set cut 15 minutes short for Lil’ Boosie to come on and perform. So much drama in the rap game – TOO MUCH drama in the rap game – none of these grown men could settle their differences in a civil manner. Five shots ended up fired into the crowd, and five innocent bystanders went to the hospital with gunshot wounds. Thankfully nobody was killed, and Plies offered to make amends to the victims, but the damage to his career was already done. It’s even been alleged Plies was removed from the Akon & Snoop Dogg song “I Wanna Fuck You” – cleaned up for radio as “I Wanna Love You” – over this incident.

Plies has bounced back successfully from this nearly career ending incident and continues to ply his rap trade on the public. “The Real Testament” is Plies first full-length nationally released album, coming out of the Slip-N-Slide Records camp best known for Trick Daddy, Rick Ross and Trina. With that kind of heavyweight rap presence backing him up Plies is already one step ahead of the rest of the rap game. It also doesn’t hurt that Plies has no ill will towards Akon after being edited off his song or vice versa, as Akon produces and collaborates with Plies on the song “Hypnotize”:

“It’s two o’clock in the mornin, I’m ‘gnaced up and I’m horny
All I need now is some moanin, that pussy got me zonin
Her vibe tell me she want it, she got to fuck how she on me
I got her now cause she jonin, I know in the panties she foamin
I locked eyes on that monkey, I know she wet cause she told me
That ass on her she pokin, every nigga in here scopin
I see me up in her pokin, she bent over and I’m strokin
Her cheeks spread wide open, I’m beatin it and I’m focused”

It’s been hinted that “Hypnotize” will be the next single to blow off of “The Real Testament.” If Akon could edit “I Wanna Fuck You” into “I Wanna Love You” then perhaps he and Plies can clean this song up enough to ply it to radio. Plies has already torn up the Billboard charts with the album’s first single, the Drumma Boy produced “Shawty” featuring T-Pain:

“Soon as I seen her – shit, told her I’d pay for it
Lil’ momma the baddest thang around and she already know it
I pointed at the donk’ and told her this ‘posed to be yours
Showed her a couple stacks and told her I’d let her blow it
The hottest nigga in the city, baby you can’t ignore it
I showed her I was a real nigga and she went for it
First time I caught her shit she ain’t even know how to throw it back
Now she an animal, I got her sex game right”

If it seems Plies predilection is perpetual obsession with punani it probably won’t be a surprise to know he had an underground record called “Ms. Pretty Pussy.” Nevertheless Plies does rap about more than just his love of being grown and sexy on “The Real Testament.” On the Midnight Black produced “100 Years” Plies laments just how many young black men are spending long years behind jail bars. The Jonathan ‘J.R.’ Rotem produced “I Am the Club” is fairly self-explanatory – Plies knows he’s the shit and the hype beat doesn’t tell him any different. On “Kept it Too Real” Plies breaks down the betrayal of homies he thought were down with him since day one, and Hen and Ro hook him up with piano and bass on “Murkin Season” while Plies talks about how easy it is to get caught slippin in the streets. One of the album’s strongest tracks is another J.R. banger entitled “Friday” where Plies puts his hip-hop hustle in perspective:

“If I hit the right lick I can live nice
Think I’m scared to go get it you God damn lie
My money go to lookin funny I’m gettin on seventy-five
Non-stop homie straight to the Cuban’s island
I like to get money, fuck hoes, and rock ice
Give a damn who don’t like it, this my life
That’s why I drank e’eryday dog and stay high
Catch me in the strip club lettin money fly
And goin broke the only thing that can make me cry
I told my P.O. she can’t change me, don’t even try
The street life got me gone, I don’t know why
Tryna at least see a couple mill’ ‘fore I die”

Plies gets money, money he got; stunts call him honey if they feel real hot. Even though Plies manages to keep the topic matter somewhat diverse the subject of sex does come up repeatedly on tracks like “1 Mo Time” and “You” – but not to the album’s detriment. On the whole “The Real Testament” is well put together and executed, but Plies does not escape from this review altogether unscathed. If one’s being nice Plies vocal tone and flow can be called “Florida country.” If one’s not being nearly so generous it can be called “a mush-mouthed, higher-pitched version of Trick Daddy.” Hip-Hop was not exactly crying out for a rapper that’s harder to understand than Bob Dylan on codeine, but thanks to careful production that doesn’t overpower his vocals the end result is acceptable. In lesser hands this would have been one of a hundred no-name rap albums that end up in your local store’s bargain bin but thanks to good beats and well-chosen singles “The Real Testament” Plies makes a favorable impression both on radio and his CD. So long as he avoids any more unfortunate nightclub incidents Plies has a promising future ahead that doesn’t involve “100 Years” behind bars.