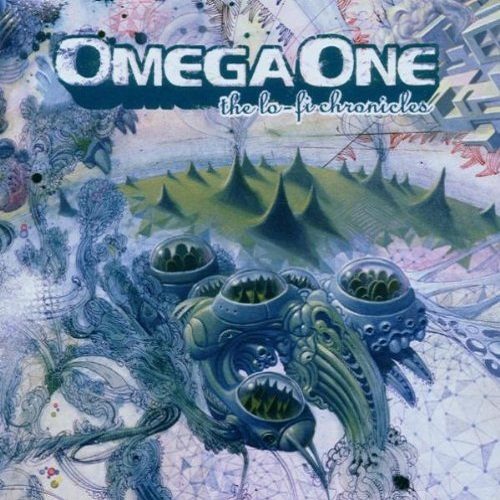 Omega One :: The Lo-Fi Chronicles

They are usually very good, because it’s harder to get hip-hop heads into an album with no raps, so they sort of have to be good.
They are hard to review, because you can’t fall back on things like flow, theme, or rhyme skills.

“The Lo-Fi Chronicles” by Omega One fits in with those two generalizations very well: it’s damn good, and I have almost no idea how to describe it to you.

Let’s first look at Omega One’s background. Our host for the album is a New York City DJ who met Aesop Rock while attending school in Boston. The two collaborated on a bunch of Aesop tracks, including “Coma,” a personal favorite. Omega One has also done stuff for many of the rappers Aesop rolls with, including Vast Aire and Cannibal Ox. Other noteworthy underground artists Omega has performed with: Immortal Technique and Atmosphere. An impressive pedigree, no?

This release doesn’t disappoint. Omega One’s style is all over the place, and his modus operandi seems to be grabbing whatever he can that sounds funky: classical, blues, rap, rock, jazz, and whatever else you can imagine. He’s got a penchant for ironic nods to the listener, layering obscure film quotes over beats that sound strangely appropriate. Not all of what you’ll find here is hip-hop, but that’s part of the fun. Albums that sound like the same song again and again sort of, you know, suck. It’s a little infuriating that an underground DJ using vocals really sparsely can still produce a more interesting release than a lot of celebrity artists.

Omega One appears to be aiming for an atmosphere, a musical theme that unites such diverse tracks. In a word, you could call it “ominous.” Every track sounds like it’s got great meaning behind it, like it expresses some sort of truth through music and beats. High praise, I know, but it’s almost hard to imagine a rapper spitting over these songs. It would distract from what the music is trying to communicate. When a rapper does make an appearance, as I Self Devine does on “I Want It All,” it’s unnecessary. Not bad, just unnecessary.

My favorites: “Body Double” is a hard and heavy banger that could probably get along very well with a mosh pit. The annoyingly brief “T.a.B.” has an obvious and always welcome Portishead influence. “Mom’s Revolver” is quiet and subtle but dangerous. Like the gun of the title, it’s a combination of innocence and menace, capable of going off any second. The best scratching here is found on “Cliff Banger,” which uses a lone repeating note to cobble together varied instrumentations.

When all is said and done, I can think of three specific occasions that this record is perfect for: having sex, smoking weed, and pregaming before a party. Not a dance album, not a hip-hop album, and not quite a collection of beats to freestyle over, “The Lo-Fi Chronicles” melts perfectly into the background while still demanding attention. It’s a complex release, and it melds together many seeming dichotomies. That makes it way above average. It’s also what makes it so damn hard to describe. See, never say it’s easy being a critic.