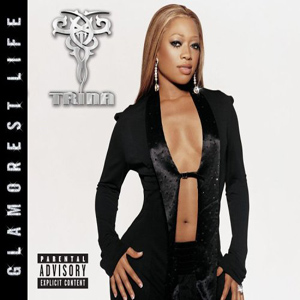 Why is it that when female MC’s taste a little success and come up, they don’t wanna be hardcore any more? When Eve first came out she was the pitbull of the Ruff Ryder clique, just as hard as any of the male rappers she rolled with. A few years and a Gwen Stefani video later, she’s more interested in dolling up all pretty to do movies and television shows. She hasn’t released an album in three years and one wonders if anybody would care any more if she did. It’s not just the thug chicks though. Who would have suspected that Queen Latifah would go from classics like “Wrath of My Madness” on her “All Hail the Queen” debut to dropping her hip-hop handle all together to SINGon “The Dana Owens Album?” We’re all happy to see them be successful entertainers and entrepeneurs, but deep down don’t you secretly think they’ve betrayed their roots? They probably didn’t intend to use hip-hop as a stepping stone to success, but when they stop rapping and trade in the microphone for the sequined gown, it’s hard to not feel stepped on.

The title of Trina’s new album had me a little nervous. “Glamorest Life?” It was all gravy when she was “Da Baddest Bitch” in rap music, and even when she dressed it up a little bit as the “Diamond Princess” it was more like what her male contemporaries were doing – flossing and showing off. Glamour though? Hmm. That’s a word used to describe runway models at fashion shows. Looking at the cover of this album doesn’t quell those concerns. Trina’s got that Eve haircut, and the black outfit she’s slinking in on the cover looks tailor-made for strolling the red carpet. Oh damn, hip-hop’s lost another one – she gave up her rap roots and went Hollywood. Fear not. Despite the title and the sophisticated look, Trina is still a down and dirty thug. One peek at her lead single, a duet with Lil Wayne titled “Don’t Trip,” should prove she’s still coming hardcore:

“Cause I’m sharp as a machete and I cuss like crazy
Niggaz call me Betty Crocker, cause my cakes stay plenty
Got stacks on top of stacks, I’m coppin a meal ticket
No matter the consequence my emphasis is to get it
It’s Trina, Weezie F, Baby, Mannie handle do the scripts
It’s all reminiscent to Gladys Knight in tha Pips
All my niggaz jump around girls jump on that dick
It ain’t gonna be no standin around now let’s get crunk in this bitch”

It’s hard to imagine something that gangster even BEING a single, but the Mannie Fresh beat is so fly that radio programmers and Viacom executives will still censor it enough to pass muster. They’re hypocrites anyway, because they know that sex sells and Trina certainly knows a thing or two about selling sex. That doesn’t mean she’s a whore or a prostitute. Trina simply knows how to flaunt her sexuality in a way that’s both seductive to look at and enticing to listen to. It’s a carefully calculated way to sell her records, but it also conveys that Trina is in control of her sex game and enjoys playing it as much as participating in it. Songs like “50/50 Love” with Trey Songz are certainly more honest than all of that R&B crooning on the radio – she says to hell with it and gets down to business:

“Do it to me like you said you would
Talk dirty but don’t hurt me, do my body good
Show me love and give me hugs, let me cop a squeeze
Burn a few trees and let you get on top of me;
strength on that D – freaky deaky in the bedroom
I’m a lady by day by night I need my legroom
Wanna let my hurr down – get a glass of Chardonay
I don’t mean to drink it fast but homey pardon me
Calm your nerves I got you shakin hyperventilatin
Lack of preperation and waitin for the penetration
Concentratin with every moment when we have relations
Sensations give me temptations, so gimme more ain’t no limitation
We lovemakin in the late night
Ain’t goin home ’til the daylight – so fuck me right nigga”

If Trina was calling shots like that would YOU be the one to say no? Even a few women who didn’t think they were bisexual or lesbians are probably reading that going, “Damn she’s hot.” They’re right. Trina may have added a little glamour to her wardrobe but her real appeal is still that she’s a take charge bitch who’s not afraid to ride like a G when called for and get the dick when she wants it. No man’s running her shit, although a few of them do drop by for cameo appearances. Snoop Dogg gets down for a minute on “Sexy Gurl.” Jazze Pha produces and adds on to “It’s Your B-Day.” Mannie Fresh does the same when he gets up in “Da Club.” The guest appearances don’t detract from her album, they just add on to her already strong pimp game. It’s nice to see there are a few female rappers left in hip-hop serious about their craft. I bet you didn’t expect Trina to be the top representative, but if you’re sleeping on her rap that may be exactly why she’s blinging it up on the “Glamorest Life” album – you can’t help but notice her shine.