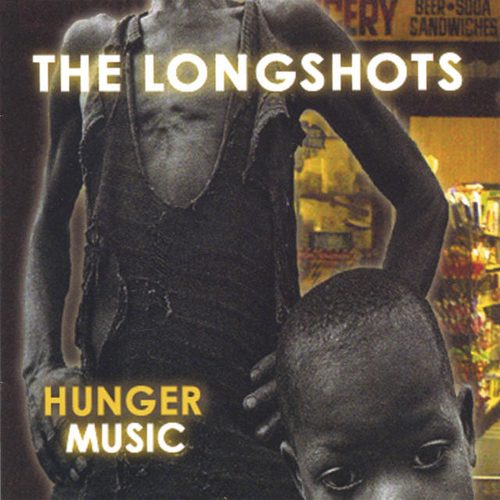 Albums like The Longshots’ “Hunger Music” really make you think about what should now be considered “good rap,” and what should be relegated to the CD collections of the artist’s mommy.

It isn’t all bad, per se. As a matter of fact, Crayon and Rock Shabazz often come through with intense and interesting flows, on top of truly funky and consciously catchy beats. A good fifty percent of “Hunger Music” impressed me, both sonically and lyrically. A few songs might even make it onto my iPod. But as a reviewer, I’m forced to consider the album as a whole: who is its intended audience? What does it say about the current hip-hop scene? Does it function well as a cohesive work of art?

Let’s start with the assumption that talented rappers possess unique and hard-to-mimic flows, the “flow” being the way they shape their words and phrases, the musical mise en scene that divides tracks into moments of silence and moments of verbiage. Frankly, I’m mostly down with what The Longshots have to offer in that department. Both Crayon and Rock are precise, and they play with rhyme structure in such a way that it’s hard to pin them down as disciples of any particular school of spitting. They typically don’t favor the run-on sentences of Nas, nor the spare jab-and-duck phrases of Jay-Z. Crayon is the more interesting of the two; his flows often pack excessive energy and wordplay into exceedingly small bars. Rock Shabazz, though, is no amateur, and often comes correct with complex rhymes and verses.

So, what’s my problem with “Hunger Music?”

Frankly, it doesn’t say much of anything. Each song is chockfull of references to crack, guns, AIDS, pregnancy, beef, death. You name it. Play a drinking game where every time The Longshots mention any of those topics, you take a shot. You’d be drunk by track three! Now, don’t get me wrong, a focus on street life and poverty isn’t necessarily a bad thing; after all, our life experiences form the art that we make. But Crayon and Rock want to have it both ways. They’d like us to consider them “socially conscious,” lamenting the state of many African Americans and urging us to get beyond that. But they also want to be able to brag about the guns they sling, and much of the album almost seems defensive, accusing the entire rap industry of being “fake gangstas.” Well, The Longshots aren’t fake gangstas, that’s for sure. But when an artist’s only approach to adversity is bragging about that adversity, nothing is changed, nothing is furthered or advanced.

Not to mention the ignorance on display in some lyrics:

“My rhymes is like convicts, both fresh out the pen
Locked up inside of bars, terrorizing other men
Who take pride in shame, at they gay pride parade
Abomination to the earth, a dead body and a curse
They sleepin with other men but I’m labeled a homophobic
Like I’m the one with the problem
Like I’m the one with the cock in him
Reportin live from Sodom you got junior high lesbians
Faggots raising children
Even some of your favorite emcees is gay men”

Fully four songs on “Hunger Music” see fit to degrade homosexuals in the coarsest terms possible. Compared with the amazingly trite and embarrassingly clichÃ©d “Love Songs,” “Girl Next Door” and “Running Back to You,” I’d say these boys doth protest too much. Such vile hatred reveals only insecurity. It’s one thing to be deeply homophobic. It’s another to feel that your homophobia warrants lengthy verses on your debut hip-hop album. Some of our favorite emcees are gay men! Imagine! Tell me who they are, so I can write them angry letters and tell Jerry Falwell to condemn them!

All this seems just a tad ironic considering The Longshots lyrical focus on H.I.V. and the AIDS virus. I commend them for broaching such a difficult and uncomfortable topic, but the fact that they see no common ground with gay men, who have dealt with that menace for years, shows a lack of maturity that permeates the album as a whole. Here’s a sample from a Crayon verse that really sums up the problems with “Hunger Music”:

“Tell me why you only show respect to a criminal
When you hit em off with checks the only time he’s feeling you
Behind bars all these thugs turn homosexual
But when they released to streets somehow they feel they better you
Why every rapper out got the same life story?
By now its more than obvious somebody’s a phony
We the last one and only real MC’s
From the class sent before me, will it change we’ll see”

Yes – more gay bashing. But let’s ignore that. My point here is: why every rapper out got the same life story? Well, Crayon, your album does absolutely nothing to get beyond that. You bitch, and bitch, and bitch some more about every hip-hop album sounding the same, without noticing that yours sounds exactly like everything else. Biggie was celebrated because he approached street life from a new and interesting angle. Ditto 2Pac, Jay-Z, Wu Tang, and any other great rappers one could name. There is nothing interesting about “Hunger Music.” It’s an exercise in hypocrisy, performed by two bitter and jaded rappers who couldn’t summon up a unique track if Big Pun’s ghost co-wrote their shit. Yes, the flows are interesting, and about half of the beats are worthy (all provided by Metaphysic of the Beat Bandits â€“ he’s one to watch). But every rapper out should try to change the game at least slightly with their music, not buy into the same crap we’ve been hearing for years. Bitching about the industry only adds insult to injury.

What’s the difference between “Hunger Music” and a Ja Rule CD? Ja Rule tries to sing. So give The Longshots credit where credit is due: sometimes they sound nice. But any serious rap fan would much rather spend their money on an artist who possesses the ability of self-reflection, who sees life’s absurdities and tragedies with an ironic and wise eye, and who sounds nice all the time. “Hunger Music” just doesn’t cut it.

Hm. I was going to end the review there, but I’d like to say one more thing. Today we see artists like David Banner and Mike Jones blowing up. These are talented rappers, certainly, but more importantly, these are rappers who concern themselves with more than proving their gangsta-osity. David Banner in particular makes strong, intelligent, insightful music, without sacrificing his image as an alpha-male. Why can’t rappers like The Longshots do the same? I suspect it has something to do with confronting the ugliness we all have hidden somewhere inside us. Artists like Banner (or Jada, or Kim, or Game) are confident enough to occasionally let their guard down and speak from the heart. That sincerity, that commitment to honesty, is what’s lacking on “Hunger Music.” Homophobic people typically use gays as a scapegoat for their own deep misgivings and regrets. I’m no psychologist, butâ€¦oh, I’ll just let ya’ll connect the dots.