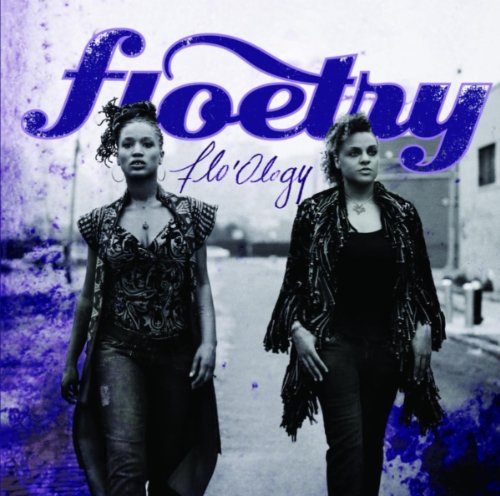 A little over three years ago today I had this to say about Floetry’s debut album “Floetic”: “Floetry is definitely a taste of something different. It’s good enough that you wouldn’t mind seconds or thirds.” After that warm introduction, Floetry promptly disappeared from the music scene. Where did they go? Nobody knows. One might suspect they had label problems with DreamWorks Records/Universal though, since on their return album “Flo’Ology” they’ve severed those ties and aligned themselves with Geffen. While Geffen isn’t going out of their way to promote “Flo’Ology,” you can at least give them props for releasing it and launching anFloetry website. That’s more than anybody else has done for this UK duo in the last three years.

Marsha Ambrosius (the Songstress) and Natalie Stewart (the Floacist) may have been abandoned by the music industry for the past three years, but they certainly haven’t given up their craft. In fact their aptly titled song “SupaStar” featuring perennial hip-hop favorite Common should put them right back in the thick of things if it gets any spins. With a swinging Scott Storch beat, the song will move your feet as will the singing of the Songstress opening verse:

“It’s a pretty day, let’s go outside and enjoy it
If you got somethin else in mind, then I’m all for it
I will take the chance
I will take hands, then we’ll go there, go there
Love isn’t something you’ve earned, it’s deserved
Love is something I can give, cause I’m worth it
You amaze me, I am taken in
You’re so lovely, I can – I can see you baby”

Common follows this up nicely after the chorus:

“My man said heaven is a day away
If in in the present, you’re lovin in a braver way
I wear the aura of a king, and dream of a love supreme
As a child I was told that my love is keen
Seen what it could bring to the lives of those
that ain’t afraid to give with they souls exposed
Golden rose, you color my reality with balladry
Allowin me to love like a child that’s free
I’m proud to be your SupaStar”

It’s the profoundly British sounding Floacist however who steals the show at the end:

“You know I liked him so much it turned into lovin
Then the love back to like, now I feel like I’m burstin
Well nursed him and named him, so full of potential
He stands tall, I feel his internal
Fine like the earth and the sea and the sky
Together we make stars, we are truly fly
I want to paint him, take a picture of his soul
This story should be told…”

If this all sounds a bit light and airy for you, rest assured that Floetry can come a lot stronger with it. The Whitey and Jared produced “Closer” might have the trappings of an R&B ballad, but pounds to a tough beat with some serious thoughts from the Floacist: “I’m debating if I want to be your girl or your wife […] you’re in my lungs I’m feelin strong, so now I’m chasin the high.” If most R&B was this strongly constructed, I’d probably like it a hell of a lot more than I do right now. How many times lately have you heard a song where the female singer apologizes to her man for hurting him instead of chastizing him for being a bastard? “My Apology” flips the script. “Sometimes U Make Me Smile” sounds soft enough for the late night quite storm, but Floacist still comes correct with poetry that Saul Williams would be proud of. “Imagination” thumps thanks to a sweet beat by Raphael Saadiq, and if you were going to slow dance to ANYTHING instead of getting your gangsta boogie on, it might as well be this.

To call this a “rap album” in the traditional sense would be a mistake, because at times the Songstress seems to dominate the album more than her Floacist partner, although she’s never forgotten or left out entirely. Nevertheless this is a fine follow-up to “Floetic,” although I would have enjoyed hearing more of the beguiling Floacist, and maybe a few harder beats for her to “Flo” over. While this album doesn’t expand or improve upon their debut, anybody who liked their first album would undoubtedly enjoy “Flo’Ology.” If you’re all about being thugged out and can’t take listening to anything not hard for more than ten minutes, this album will miss you completely – and really that’s a shame.