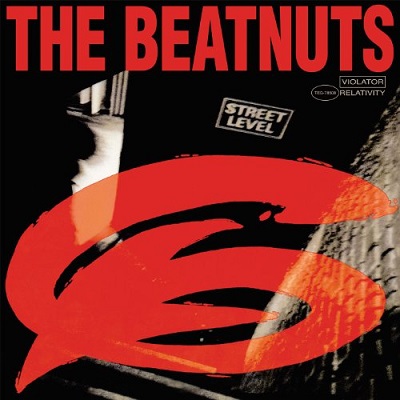 “Beatnuts gonna blow up!” a voice exclaims with excitement, only to be interrupted by the admonishment “Slow down on the Crazy Horse.” Both arguments were brought forth by one Psycho Les, a then largely unknown producer/rapper and member of said Beatnuts. The song was entitled “World’s Famous,” and it opened up The Beatnuts’ 1993 debut EP “Intoxicated Demons.” During the dozen years that followed, the group indeed failed to blow up the way one is used to seeing rap acts blow up ever since (pardon the pun) Kurtis Blow became hip-hop’s first pop star. There are various reasons that the spontaneously blurted prophecy remained unfulfilled, the least of which being that The Nuts themselves had no intention of slowing down on the various intoxicants they claimed to consume.

Psycho Les made another prediction on “World’s Famous”: “I stick to bein’ rough and rugged / anti-pop, I guess I’ll stay broke, fuck it.” While rooted in the early 1990s ‘Keep it real’ philosophy, the statement would remain somewhat valid for the remainder of their career. While on the verge of crossing over several times, The Beatnuts never got there at the expense of taming their content or their music. They’ve remained the same party-starting, shit-talking bunch who still cooks up some of the most delicious beats in town. After snatching up their first production credit on Monie Love’s 1990 debut under Native Tongues tutelage, The Beatnuts properly introduced themselves as a production team on 1992’s “The Fabulous Chi-Ali.” They placed a beat on Common’s debut album before expanding with production for Fat Joe and Pete Nice & Daddy Rich and remixes for Naughty By Nature, MC Lyte, Lin Que and Da Lench Mob in 1993. 1994 saw the release of their first full-length (officially self-titled, but sometimes referred to as “Street Level”) on Violator Records, the label branch of Violator Management headed by Chris Lighty, today known as 50 Cent’s manager.

An anomaly in the Beatnuts catalog, the album lists three members in the line-up. Fashion, who was partially absent from the EP because of a stint in jail, joins Psycho Les and JuJu to the point where the trio raps together on all but four tracks, and one of those is a Fashion solo track. However, the “Third of the Trio” would soon pursue a solo career (under the name Al’ Tariq), so that in mine and probably everybody else’s mind The Beatnuts are usually regarded as a duo. Still, “The Beatnuts” presents them as a triple threat, with Kool-Ass Fash taking the lead as the most experienced vocalist due to his comfortable, melodic delivery, Junkyard Ju experimenting with multi-syllable rhymes, threatening people left and right, and relentlessly repping Corona, Queens in a more matter-of-factly but still perpetually provocative vocal tone, and finally Les practising his sly, sarcasm-filled flow.

All three are also collectively credited for the beats, with the exception of “Are You Ready” and “Ya Don’t Stop,” which were produced by VIC and Lucien, respectively. Musically, The Beatnuts came from two major angles on their first album. A handful of songs came with a smooth finish that begged for airplay. “Get Funky,” although equipped with loud, bare snares, was built around an inviting Roy Ayers sample. “Hit Me With That” was in tune with their work for Down South the same year, a mellow, melodic bassline guided by distinct, slightly varying drum programming and topped with blaring horns. All the while, they saw no need to censor themselves on these tracks, JuJu relying on tried and tested ways to go down in history: “I make it clear that I’ma never be forgotten / and you couldn’t find another MC that’s more rotten.”

If one early Beatnuts track was geared for mass consumption, it was “Props Over Here,” the album’s lead single. Again the beat relies heavily on the bassline, this time a rich jazz bass, the distinctly metropolitan groove announcing a class act. The brass section Marley Marl used to build “The Bridge” with makes a brief appearance, but mostly it’s the upright bass and the call-and-response hook (“You know what I wanna hear… / Yeah, you get props over here!”) that characterize “Props Over Here.” Later into the album, the song makes a reappearance as “Yeah You Get Props” with different lyrics and another prominent bassline. Another track that places itself smack-dab in the middle of your comfort zone is “Rik’s Joint” with its typically early-to-mid ’90s full sound, further rendered cushy by missjones on the hook. The song itself contains the usual confrontational rhetoric, but at some point even The Beatnuts have to admit that their ultimate aim is to please the audience: “So come on and feel the groove if you’re with it / we hope that you dug it, cause that’s why we did it.” And then there’s “Lick the Pussy,” which basically defines smooth rap tracks, with the caveat that Tyrone Davis’ original is more or less blatantly jacked.

The other sonic side of “The Beatnuts” sheds the extra layers of softness and presents itself louder and funkier. Lucien’s “Ya Don’t Stop” is a funked up version of Q-Tip’s “One Love” beat, with what sounds like a xylophone leading a rhythm section of upright bass and kicking drums to a Beastie Boys break. “Hellraiser” erects a thick wall of sound with rhythmic cuts, a bassline buried in the back, a loudly ringing guitar loop and thumping drums. “Are You Ready” by affiliate Vic Padilla extends the dry but funky bassline the 45 King used a year before to cue up “Hip Hop Music” to song length, giving JuJu reason to brag: “Soul like a mutha, got the funk on lock / you can hear my sounds echo through the urban blocks / got stacks and stocks of fat beats that knock,” earning the crew an endorsement from guest Grand Puba, who closes down the jam session: “Beatnuts hit the rhythm and I join’ right with ’em.” VIC (who already stood in on “World’s Famous”) joins them to feast on “Fried Chicken,” a twanging guitar and a hypnotically hammering drum completely covered in static (and thus almost certainly a tribute to Ice-T and Afrika Islam and their “Fried Chicken”).

Lyrically, Psycho Les, JuJu and Fashion may have been as rowdy as rappers were expected to be by 1994, but their tracks betrayed them as soulmen and funkateers. Yet giving in to the Intoxicated Demons that possessed them, they apparently aspired to have a worse image than Ike Turner and Rick James combined. “Superbad” may be more subdued than the other tracks, but that’s no reason for The Beatnuts to stop issuing threats: “Cause I was crazy, yo, before I started rappin’ / and I’ma pull your card if you think it can’t happen.” The brief “Let Off a Couple” may be an exceptionally smooth ride, but the Nuts are “still livin’ foul, yo, ain’t nothin’ changed.” Their self-titled album established them as a production force to reckon with and as a source of inspiration (that in the years to follow was unexplicably rarely called upon and tapped into). Yet as good as it was, as a whole the LP didn’t quite measure up to the EP, as the reappearing, superior “Psycho Dwarf” clearly indicates. “The Beatnuts” is sparsely sprinkled with musical interludes, and “2-3 Break” even repeats the “A Chorus Line”/”I’m the Man” concept of providing each rapper with a different beat, but it seems like someone in a responsible position attempted to prevent the creative chaos a Beatnuts record might potentially turn into.

That’s why “The Beatnuts” is boisterous and bold, but it is not the truly crazy shit the crew is capable of. Even lyrically, Les wasn’t able to repeat the genius of his “Psycho Dwarf” line “Flippin’ through loops like a lunatic dolphin.” He is, however, responsible for the serious undertone in “Props Over Here”:

“I get stoned every day, I got nothin’ else to do
I’m gettin’ drunk with my niggas till the night is through
and when the night is through I won’t have a fuckin’ clue
of what tomorrow brings, so I maintain (True…)
Yo, life’s kinda funny – if you don’t make money
then your days ain’t fuckin’ sunny”

I believe there’s a law that says it is mandatory for every Beatnuts review to stress that nobody listens to The Beatnuts because of their lyrics. While I usually grumble something along the lines of “Speak for yourself” when I read that, even I must admit that the participation of three rappers should result in a lyrically more substantial album. “One time, I tap your mind / I got you hummin’, now you wanna press rewind,” Les says in “Hellraiser,” but it’s clear to all that The Beatnuts tap your mind with their beats, that it’s the basslines that you’re humming, and that it’s rarely because of the lyrics that you feel the urge to rewind when playing this album. Fashion comes correct on “Lick the Pussy” (dropping some juicy quotables not suitable for children). But all of them waste their mic time largely on bragging and boasting in various (but ultimately limited) forms. Not to trash them for their lyrical content, though, because in their anarchistic ways The Beatnuts remain a breath of fresh air in an often formulaic artform. Still, at times their rude behavior seems almost compulsory, which makes them too easy to figure out.

But in the end, what counts is that The Nuts came to “slam-dunk the funk in your trunk, punk,” keeping the classic b-boy bravado alive both on the musical and on the lyrical end. Musically, their full-length debut displays some monster dunks and ultimately shows The Beatnuts at their roughest, ruggedest and rawest. Inheriting the playfulness of the Native Tongues, the brashness of the Beastie Boys and the straightforwardness of the Juice Crew, The Beatnuts made offensive but ultimately good-humored hip-hop. And they proved to be particularly resistent and persistent. As Ju proclaimed: “Beatnuts forever, die hard, muthafuckas” – harder than Bruce Willis and definitely with more sequels.