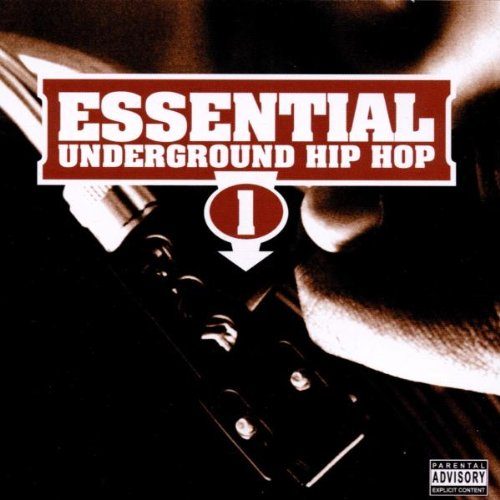 Out of the blue comes yet another hip hop collection, this one assembled by Landspeed Records. Following in the footsteps of literally every other hip hop label, Landspeed decided to compiled a variety of what they perceive to be their most prominent underground songs, and packaged them up for everyone to check out. What they came up with is “Essential Underground Hip Hop,” a compilation featuring recent releases from some of hip hop’s most respected veterans and some of it’s rising stars. The outcome is a synchronous album that doesn’t sound contrived, and has somewhat of a continuous, polished vibe throughout.

On the first track “We Gon Buck,” some of New York’s most notorious drop gangster verbiage over a symphonic Alchemist creation. N.O.R.E. exhibits why, though he couldn’t be considered an intellect by third grade standards; he is still a highly touted rapper, due to his top-notch flow and a powerful delivery. He steals the song with his opening verse, leaving the listener wondering where the energy of the track went after it’s over. Alchemist also laces two more tracks on this album, both energetic bangers for the Infamous Mobb, which are turned into hard, gritty anthems.

50 Cent’s appearance may be the most important on the album, simply because he is surely hip hop’s next big thing. The latest Shady Records signee has certainly got the industry befuddled, whether it be because people are finally recognizing skill, or because they hate him with a passion. Regardless, his laid back flow and grimy sense of humor are perfectly suited for the mainstream demographic he seeks, and though he isn’t the most original thug act in hip hop, his poignant lyrics and charisma almost assure him a reservation on MTV:

“My songs belong in the Bible with King David
I teach niggaz sign language that ain’t def son
*Click* *click* you heard that? That mean RUN!
Ask around, I ain’t the one you wanna stun on, pa
Pull through, I’ll throw a fuckin cocktail at ya’ car
From the last shootout, I got a dimple on my face
It’s nothin’, I can go after Mase fanbase
Shell hit my jaw, I ain’t wait for doc’ to get it out
Hit my wisdom tooth, I *huck-too* spit it out
I don’t smile a lot, cause ain’t nothin’ pretty
Got a Purple Heart for war, and I ain’t never left the city”

A few legends are showcased on this compilation, including Big Daddy Kane (“Any Type of Way”), Inspectah Deck (“Swordfight Remix”), and a collaboration between Guru and Masta Ace (“Conflict Remix”). The results of these tracks are three unsurprisingly dope songs. The former song, when compared to the up-and-comers efforts on this album, illustrate why Big Daddy Kane is one of the greatest rappers of all time. Factor in the most assiduous producer in hip hop DJ Premier on the beats, and you’ve got the best song on the album. The alliance between two of hip hop’s most consistently dope artists pays off as well, as they spit a feel good head-nodder over a horn-driven DJ Paul Nice beat.

There are however, a few weak spots on this album. On “You Don’t Wanna Fuck With,” Havoc easily outshines Eastern Conference representatives Ra The Rugged Man and Mr. Eon, making the song feel very unbalanced, and ruining 2/3 of a very dope Ayatollah beat. Group Home’s track “Handle Your BI” suffers from the same problem that plagued their debut, dope beats with weak rhymes, while Thirstin Howl’s obstreperous “Thirsty Man” is too hit or miss. Some will undoubtedly feel the heavy guitar rifts and Thirstin’s conversational flow, while others may wonder what skill he possesses other than being a dope songwriter.

Cormega, Non-Phixion, OC, and 7L & Esoteric, and Royce Da 5’9″ all have notable contributions, all of which are absolutely worth checking out (if you haven’t already heard them). The positives significantly outweigh the negatives on this album, and not only that, but every negative has some redeemable element, whether it be stellar production, or an emcee with a unique style. And though there are songs that dip below the standard, there is not a single song on this album that can be considered “wack.”

Truthfully, the title of this album is misleading, as there’s nothing really “essential” about any of the songs on it. But as a collection of exerts, they do an adequate job complimenting each other and providing a positive representation of the East Coast Underground. The intent of this record was most likely to create a fun listening experience and to get a few underground talents more exposure, which it succeeds in doing. If you haven’t heard of most of the artists included on this album, you may want to pick this up to become better acquainted with some of underground hip hop’s unsung talent pool. But if you’ve got a few albums by the artists included, or don’t care for them, then you can probably take a pass on this album.