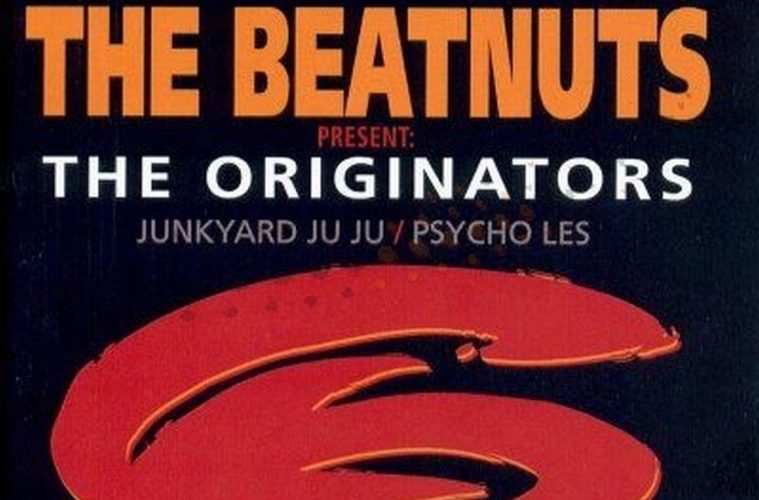 The Beatnuts :: The Originators

A decade ago, The Beatnuts were the greatest thing in hip-hop since sliced bread. Originally known just for their stellar work on original tracks and remixes for other artists, the hispanic trio surprised an unsuspecting hip-hop nation with their “Intoxicated Demons” EP which combined respectable party rhymes with superb funk and unleashed a sensation. Relying on a macabre comedy and a propensity to “fuck, drink and smoke some shit” their release was an instant hit, as was the “Street Level” (or self-titled) full length album that followed.

Three years passed before they released the “Stone Crazy” follow-up though, and by then the buzz had worn off. The beats were still hype but Fashion, the strongest rhyming member of the crew, had left to pursue a solo career under the name Al Tariq. Since then they’ve released both “Musical Massacre” and “Take It or Squeeze It” to mixed reviews. Even the once sure-fire beats seemed to be in doubt, as The Beatnuts could only squeeze off the occasional sporadic hit like “Watch Out Now” and “No Escapin’ This.” The result was albums of filler where their early releases had seemed like non-stop jams no matter whether the songs were released to radio or not.

With “The Originators” though The Beatnuts seem more determined to orchestrate a complete album effort, instead of occasional hits and lots of misses. The album gathers momentum right at the start with the aptly titled “Bring the Funk Back,” but it’s on the following track “Yae Yo” where Da ‘Nuts really shine. Always known for their willingness to give the underused flute it’s due respect, this track perfectly marries it to a bassline designed to split subwoofers. Psycho Les, normally the weak link, makes an admirable showing lyrically compared to his partner-in-rhyme Ju-Ju, but underground rap stars Ill Bill and Problemz clean house — particularly the latter:

“Problemz, bout to bubble and blow
like the flute in the background; when I put my mack down
I drop hooks that’ll make the crooks put they gats down
Turn it up a notch it’ll make the fiends put the crack down
Before you know it, the her-on addicts puttin they ‘Smackdown’
like W-W-F, can you smell what Problemz cookin?
Via satellite, live from Brooklyn”

Adding extra rappers to the mix was a smart move, since even though both rappers occasionally drop gems their best bet is to concentrate on making fat beats like those found on theACCORDIAN LACED “Buying Out the Bar” and the sexed out “Work That Pole” featuring Tony Touch. With no small measure of irony they duet with Large Professor on “Originate,” who old school heads know from Main Source as a nice MC who flowed to his own beats as well. While Extra P made a weak showing on his long-awaited recent solo album, he shows skills here:

“Knowin, all this shit no one, knows
Way before radio played ‘Throw Dem Bows’
We was out there gettin ’em, beats plus spittin them
bars I’m Large about the freaks I’m hittin ’em
Junkyard Psycho style
I keep them chickens from backseatin cause they might go wild
Once they get a quick dose of this, trio ferocious
Blaow and pow like 4th of July explosives
30 days notices, gettin sent out
To all you greaseball rappers this is world reknowned”

Beatnuts keep the bangers coming track after track. The piano heavy “My Music” featuring Armaretta and Problemz will win fans with it’s “Symphony” style presentation, while “U Crazy” features hip-hop’s most respected underground thug next to Kool G Rap – Cormega of course. The Beatnuts solo for a couple tracks after that, but blaze brightest on the disco funk stylings of “Ya Betta Believe It.” Psycho Les continues to show his best rhymes in half a decade with his personal narrative about New York, New York:

“It feels good to look outside and see the Big Apple
Where you can get robbed, get laid or get tattooed
like SWEET, DUDE – it’s a dirty environment
Where the streets’ll be the cause of your early retirement
I remember when – I used to strip cars
Now I hit the studio and spit bars over the gui-tars
to put food on the table, and no more
gettin screwed on a label – bitch!
The ride’s over, slide over
We the illest ever; remember, Psych told ya”

There may be something prophetic in those words. On and distribute by an indie imprint for the first time since their debut, the ‘Nuts sounds invigorated by recording a record just for themselves and their fans instead of being pressured to create more big crossover hits. It gives them the freedom to do tracks like “Routine” which take the sound back to mid-80’s, which Ju-Ju accurately describes as “a beat that’s food for the spirit, make the crowd lose it every time they hear it” which he even brags is a “loop so obscure you don’t even gotta clear it.” It’s also good to see them re-unite with former click member Al Tariq on the electronic “Bionic” while wrapping up the album with a welcomed Triple Seis cameo on “Becks ‘N Branson” and close with the strong but uncomplicated beats of “Back 2 Back.”

If the inconsistancy of their last three albums had generated any doubt, “The Originators” prove that one of hip-hop’s oldest continually self-produced rhyming hip-hop groups still has enough juice for the 21st century. You don’t need to call in DJ Premier or Alchemist for remixes on tracks this fat, the producers themselves stepped their rhymes up a notch, and the selected performers who dropped in only enhance the mix without detracting from Les and Ju-Ju playing the starring roles. If they are less known and don’t sell as well being on an indie imprint like LandSpeed Records, it will still be worth it if the increased quality of their beats and rhymes remain this high — because in the end their already long career will last a lot longer as a result.