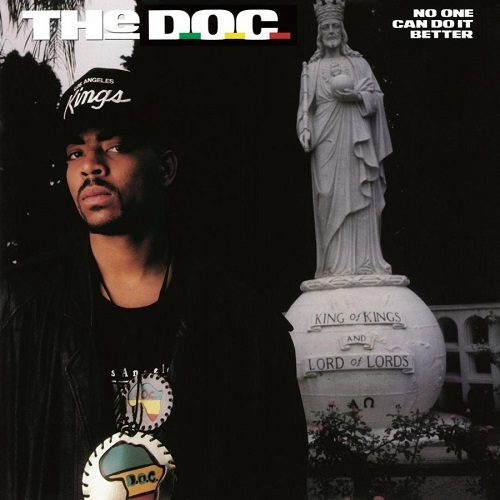 No One Can Do It Better

Almost every rap album (and in truth a good majority of rock and metal albums) sold these days has that oh-so-familiar “Parental Advisory: Explicit Content” sticker on it. In fact between this reviewer and you the reader, I think we can both agree that it’s become something of a joke. I can’t imagine most of today’s parents would be shocked at hearing the word “shit” come out of their teenager’s mouth let alone from the music they’re listening to. Free porn is on the internet, XM satellite radio is totally uncensored, and that video game Jane bought Johnny for Christmas probably has more gunplay than a Cuban revolution. These days there’s nothing an “advisory” can advise parents or kids of that they don’t already know. Back in 1989 when the uproar over the content of urban music was just starting to gain steam (three years before “Body Count” was pulled from shelves and then censored) the move Ruthless Records made was much more sly by today’s standards. Even though the warning label was first introduced in 1985 and quickly became an industry standard, Ruthless chose not to put the warning anywhere on the front cover of The D.O.C.’s “No One Can Do it Better.” Instead, in small print on the back cover below track 13, the words “Explicit Lyrics – Parental Advisory” are displayed.

Pretty slick move if you think about it. Ruthless Records could effectively argue that they did actually warn parents since it is mentioned on the packaging, but without the actual advisory sticker on it that parents were already familiar with thanks to the PMRC, many might mistakenly believe that this album was “kid safe” and either let them buy it or purchase it for them. And by all accounts “No One Can Do it Better” did sell very well. For years it was just a few thousand units short of going platinum, although Yahoo! News seems to confirm it did finally cross the threshold. Let’s not get it twisted though, that has nothing to do with whether the album had a clear advisory or not, although back in those days it probably didn’t hurt. What really made the album sell was two factors of equal importance: the production work of Dr. Dre, and the lyrical skills of The D.O.C. himself. Out of the Ruthless family, he may have been the strongest of them all in rhymes, although he was often overshadowed by Ice Cube. Vocally though he had an impeccable flow sharpened through years of rapping in his adopted home of Dallas, Texas (he was born in Houston) with the Fila Fresh Crew. Ruthless brought the group in, but when they disbanded and fell to the wayside D.O.C.’s star continued to rise, and it’s clear why listening to the opening track “It’s Funky Enough”:

“I am not illiterate, no not even a little bit
Nothing like an idiot, get it?
You want the record, cool, I’m with it!
Let the rhythm take you, shake it cause it makes you
As I turn the knob to the door you escape through
Go in like a knot, don’t be a puff
And I let it play cause Dre’s gettin funky enough
[…]
If, you want another reason, why it must be funky
Yo I am not a jackass, meaning not a donkey
So I will play the game, like it should be played
Drop the funk into the mix so the place will never fade
Ship it – ship it the the stations, in your jurisdiction
Brothers say I’m dope, and the others say I’m bitchin
No crowd can avoid, the D-O to the C
When I’m P-E-R-F-O-R-M-I-N-G”

Even if you’ve never heard this song before, you’ve heard this song before. What? Yes you have. Not only is D.O.C.’s opening line “One, and in comes the two to the three and four” one of the most sampled in rap history (ranks right up there with some snippets from Biz Markie and Slick Rick), the bassline was so mind-numbingly dope it got jacked a thousand times or more. Ba boom,BA DOOM; ba boom, BA DOOM. It’s mesmerizing, it’s hypnotizing. When D.O.C. starts spitting over the track with his slight hint of reggae stylee, it’s like someone cast a line and the fish hook landed straight in your ear. CAUGHT! You can’t escape it. The song is habit forming, and may even be bad for your health. You can listen to D.O.C. spit the shit ten times in a row and not evenSTART to get tired of it. The amazing part is there are still twelve tracks and forty-four minutes of “No One Can Do it Better” left to go, and few people in rap’s history have ever lived up to that motto so well. He doesn’t even let up for a second on the following track, aptly titled “Mind Blowin'”:

“A little something for the bretheren with intellect to truly understand it
It’s like a message from the one who’s gettin candid
Making a mark on the strength with rhyme ain’t like nuttin
when you’re pumpin, somethin that’s bumpin
Did it, cause it’s like I had to make one
Better than the last one, cause a mistake? None!
But somethin new, was needed in the mix to
make it as lethal, so lethal that I would think you
couldn’t be made to invade certain areas
No other jurisdiction, but that was fiction!
As you progress, and you’re enlightened
And the better you’re writin by never bitin you’re excitin
to the crowd, club, congregation, or gatherin
Homies in the street they’ll be thinkin you O.G.!
Smooth, wordy example of how I’m livin
By gettin this prime, pumpin records that’ll blow your mind”

Let me cut right to the chase here – NOBODY was spitting like this in ’89. The only people who might even come close are KRS-One, Kane or Cube on a good day, maybe Kool G. Rap. That’s not to say he was the most powerful orator or most influential MC – guys like Chuck D and Rakim held that title. When you look at how D.O.C. constructed his lyrics though, it’s as if you were standing behind Picasso watching him paint a masterpiece. Perhaps it’s no coincidence then that The D.O.C. had a song on his album TITLED “Portrait of a Master Piece”:

“A musical massacre of inadequate noise
by the new authority; cause the majority
of peers who hear will award superiority
To those who know you knew now it’s inevitable
I laid the track and it’s simply unforgettable
Time has told me better than gold, I sold
And in front of a group or soul is a new episode
So like see if you can grasp upon yet another one
Take it to the everyday like it’s done to sun
Words connected, up to another degree
And every artist who painted this, portrait of a masterpiece
It’s unquestionable
The lyrics used the D.O.C.’s a professional
Nothing exquisite to prohibit you from listening up
Crisp and clean, but I don’t mean 7-Up
I preside illest dope but don’t get frantic and panic
I’m just a man on a mission with somethin more in the attic
than just the ordinary..”

D.O.C. broke all the conventions and rules for rhyming at the time. He interweaved his rhymes in and out of lines, ran off beat at will without MISSING a beat, and never once insulted the listener by giving less than a full dictionary’s worth of verbals. D.O.C. wasn’t just dropping phrases like “a little something for the bretheren with intellect” to be smug or using words like “jurisdiction” because they were full of syllables – D.O.C. fully expected the audience to either understand where he was coming from or pick it up from the context. Great orators can do that, because their speech and breath control is so fluid and their voice is so commanding that you tune in and you catch on. D.O.C. doesn’t stumble over big words or flub his lines and mistime his rhymes. Therefore you get the sense that how he speaks comes naturally to him. He was born with the gift of gab but he didn’t rest on his laurels – he practiced the craft until it became high art. D.O.C. couldn’t dumb it down if he tried – he operates on a higher level by nature. The best part of that is that even though The D.O.C. was a naturally gifted MC, he never purposefully goes over your head to rub it in your face – he stays gangsta. That’s why when listening to him rap, he epitomized the phrase coined in one of his song titles – a “Whirlwind Pyramid”:

“Amplified by a microphone, my point is known
So yo, leave the pad at home
I’m down with the sound so much that I can feel it
If there’s a deal to be dealt, then I’ll deal it!
I’m on a roll, that’s word to the father
Chumps want to break, but I’m tellin ’em don’t bother
Char the, memory of all who saw the
last who concerned, I burn like lava
So in sum you break, you broken
And I’m smilin.. but not jokin
Secrets are told, fold, I never did
With the knowledge as strong as a whirlwind pyramid!”

It’s hard to adequately describe how much of an unbelievable pleasure it is to listen to “No One Can Do it Better,” an album that not only exceeds the expectations anyone had for D.O.C. at the time but which goes down as an unqualified classic in the history of hip-hop. The beats are a throwback to an era when everything Dre touched was a smash, and with D.O.C.’s superb lyrical ability they became the best raps money could buy. Unfortuantely this album is as tragic as it is triumphant. After getting in a car wreck which threw D.O.C. through a windshield, his vocal chords were severed to the point that his golden-toned voice would never return. Every scratchy voiced wino heard on an N.W.A skit is D.O.C. When compared to the magnificence of this album, it makes one want to weep for what was lost. Still this one album has been forever preserved for posterity, and had his accident not taken him out of the booth he might be spoken about today as one of the all time greats. One thing’s for sure though – his voice may have bene broken but his mind wasn’t. Any time you hear an unbelievably tight rhyme coming out of Dr. Dre’s mouth, chances are that D.O.C. was the ghostwriter behind the scenes who came up with it and coached Dre to spit it. After all Grand Puba did it for Pete Rock. “No One Can Do it Better” – an album that not only lived up to but EXCEEDED the billing of it’s title. If you don’t own it, go get it. NOW.