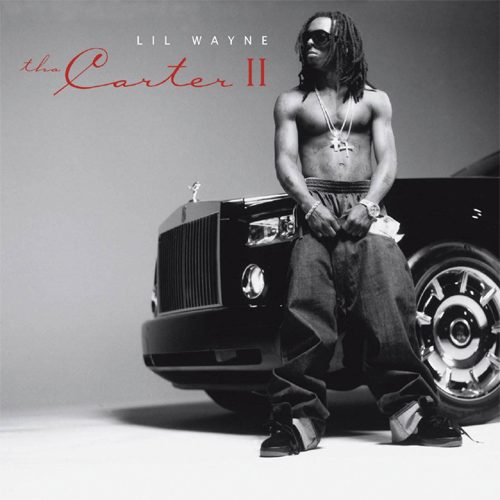 Wayne. Weezy. Birdman J.R. Whatever name you choose, it doesn’t matter. The fans choose Dwayne Carter as their representative. Even when this admittedly sometimes overcritical writer didn’t think he was the hottest of the Hot Boys on albums like “Lights Out” and “500 Degreez,” those who appreciated his voice and lyrical style stuck to their guns and the loyal fanbase ensured continued albums to come. Eventually by 2004’s “Tha Carter” even I had been won over. I don’t necessarily agree with Wayne’s assertion that he’s the “Best Rapper Alive” since Jigga retired, despite the fact he and Hova share the same last name, but I do accept that he has matured into a rapper whose work I can respect and appreciate. By the same token I have higher expectations for Weezy than to be Baby’s protege, so I hope the allusions to being his Junior only mean that Carter balls like him when it comes to wealth. In this case his namesake might be a better protege, because by all accounts Shawn Carter is the most successful businessman in hip-hop since a couple of kids named Russell and Rick started a record label in their college dorm rooms, which makes it all the more apt that Jigga is now the President and CEO of Def Jam. One wonders if Baby or Slim would ever do the same for Wayne with Cash Money Records.

Intertwining pop culture and business culture do make for a heady mix, no matter which way you spin it. Besides being a reference to his real last name, “Tha Carter” also played on the fact that the Cash Money Brothers took over an apartment building by the same name in the movie “New Jack City” to solidify and expand their criminal enterprise. Cash Money – just like Wayne’s record label. I honestly can’t say if this is intentional or coincidental – the movie and the founding of the record label both came around the same time. Still it’s a sign of Wayne’s desire to not only be more clever in marketing his raps but to be as famous and notorious as that apartment building, perhaps even the kingpin who ran it and the CMB’s – Nino Brown (Wesley Snipes). There’s only one problem – there was never a “New Jack City II.” The film stands alone, as it rightly should. A sequel would unnecessarily corrupt the original. Fortunately for Wayne that’s not the case on “Tha Carter II,” although you will find Kurupt cameoing on “Lock and Load.” It’s Wayne who shines though:

“Get ’em get ’em Weezy hit ’em where you kill ’em
Easy sit ’em in a river leave ’em they find ’em tomorrow evening
Sinkin I’m probably drinkin that syrup, thinkin I won’t slip
Even though I’m leanin like a broke hip”

Wayne has little need to worry about his aim, leaning or otherwise. He’s already hit the charts with the Doe Boys produced smash “Fireman”:

“Ain’t nobody fuckin with me man, Heatman
Ski mask spending next week’s cash, he fast
And I don’t even need a G pass, I’m past that
I’m passin ’em out now, and you can’t help that
And my chain Toucan Sam
That tropical colors you can’t match that – gotta be abstract
You catch my gal legs open betta smash that
Don’t be surprise if she ask where the cash at
I see she wearin them jeans that show her butt crack
My girls can’t wear that, why? That’s where my stash at
I put my mack down, that’s where you lack at
She need her candle lit, and I’ma wax that”

And if you’re wondering what motivates Weezy to shine, he’ll answer that question AND provide social commentary on “Feel Me” at the same time:

“I got a chip, I’m tryin get the whole cookie
Used to make a thousand dollars every time I played hooky
Dwayne Carter – absent – keep lookin
I’m present on the block, I’m a legend on the block
Ice so bright like heaven on the watch
Yeah nigga I done dropped one-eleven on the watch
So waaatch, and see what I do
Breeze by you so fast got you sneezin haa-choo!
They got the shivers, man I got the fever
I got to bring the hood back after Katrina
Weezy F baby, now the F is for FEMA”

It’s only a shame that Wayne doesn’t apply those lyrical skills in a topical matter more often. Wayne has taken his once seemingly lackluster flow and turned it into art, making the way he lazily draws out syllables a form of emphasis for key words and punchlines in his flow. His voice varies from bass to baritone, depending on how fast he’s speaking and how amped up he is, but it’s in the very consistancy that you can find the subtle nuances that make his flow fat, like the always underrated Guru. The difference between the two is that Guru will spread the wealth out on a variety of themes, from keeping it real on “Mass Appeal” to street cinema on “Code of the Streets” to braggadociousness on “You Know My Steez.” Wayne really does take after Baby a little too much at times. He flosses, then he flosses some more, and then he flosses some more after that. Song titles like “Money on My Mind” and “Hustler Musik” are pretty obvious, but dig into “Mo Fire” and it’s the same thing: “I’m kickin back, I’m gettin stacks.” What about “Hit Em Up?” He’s still on the grind: “Honest, you niggaz is harlmess/I’m calm as a Don is supposed to be, cosa nostra.” How about “Shooter?” It’s a pretty pimp track with a hot jazzy Robin Thicke production, but Wayne is still thinking about his flossing between gunshots: “I’m just tryin to be the great, tryin to get a piece of cake/take it off of your plate, eat it right in your face.”

The production on this almost 78 minute long album is by and large correct, with the Doe Boys and the Crime Family handling most of the work. It must be true that Mannie Fresh has severed ties with the label, because he is suspiciously absent in the liner notes, although that doesn’t hurt “Tha Carter II” as much as one might expect. The only thing that holds the sequel back from exceeding the original is that Wayne shows excellent evolution in his technical ability but is not reaching out to grab that next level as a writer with it. All of the great ballers stop flossing once in a while to go deeper – Nas, Jigga, Scarface, Ice-T, et cetera. Wayne’s already a legend to his fans, and “Tha Carter II” won’t dissapoint them, especially given it comes with an extensive bonus disc of Screwed & Chopped hits from his lengthy catalogue of hits. Whether or not Wayne takes the next step to cement his “Carter” legacy after this is anyone’s guess, and I have to say “Tha Carter III” won’t do it. The references to Hurricane Katrina shows that Wayne is thinking beyond his dick and his bank statement, but if he’d show us a little more of that on the mic he’d truly achieve the potential this album merely hints at.