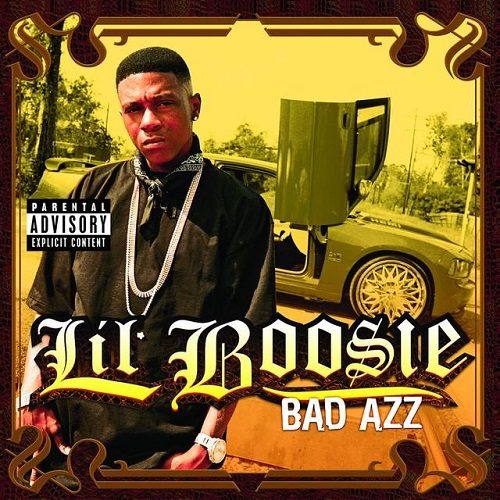 Lil Boosie was born Torrence Hatch in Baton Rouge, Louisiana in 1983. He grew up in poverty on the South side, moved in with his grandmother after his father was murdered selling drugs, got expelled from school and tried to make a career out of rap between his run-ins with the law. This is the typical kind of hard knock life story you’ve come to expect from gangsta rap artists, but by no means does that invalidate his credibility or deny the reality of what he went through. What it does suggest though is that while Boosie’s actual life experience may be uncommon to a majority of his audience, a lot of his audience will have heard his story before from other MC’s. Change the names and dates, change the number of times in and out of jail, maybe he was raised by a single mother instead of a grandmother, but the end result is a world-weary street warrior with hard rhymes.

The market for hardcore Southern rap is heavily saturated right now with both signed and unsigned MC’s who’ve all got a hard knock life and a story to tell. To stand out from the crowd you need to either be a superb lyricist, a gifted vocalist, or have a personality that sets you apart from the rest of the pack – preferably all three. Lil Boosie is already one strike down on uniqueness just by virtue of having “Lil” in his name – no offense to dude but there are a million rappers called “Lil” right now, and in the South even more. The album title is problematic too since there’s already a rapper from the West coast named Bad Azz. Undoubtedly that’s not what Boosie had in mind, as it appears “Bad Ass” is a nickname, one which many will remember he mentioned in David Banner’s hit single “Ain’t Got Nothing.” Regardless the fact he spelled the title with two Z’s will create some amount of confusion between him and the California rapper, so that’s strike two. Producers J. Allen (Mouse) and B. Rome (BJ) ease up to make sure he doesn’t go down swinging, and he gets a fat pitch over the plate on the opening track “When You Gonna Drop”:

“Fo’teen, or fifteen, I told you I had a dream
Sixteen, or seventeen, I was sellin crack to crackfiends
I live this shit so get it right
My phone won’t let me sleep at night
My Razr phone is pre-paid
Them NexTels, they like AIDS
They dangerous, gangsterous
Like all my niggaz who hang with us
All my niggaz who bang with us”

Foul ball. The beat is hype enough to get your attention, but Boosie does not meet the outlined criteria to get ahead of the pack. You can’t go down in the annals of lyrical greatness rhyming “dream” with “crackfiends” or “paid” with “AIDS.” Let’s give Boosie a little extra credit for putting “dangerous” together with “gangsterous” and for the quickness with which he can spit bars, but take credit back off for the fact his diction gets less and less clear the faster he goes. His vocal tone and cadence quickly become repetitive, to the point you can hear it without hearing the track and substitute any imaginary syllable: “Da dah dah da DAH/da dah dah DAH DAH da dah/da dah dah DA-DA da dah/da dah dah DAH DAH da dah.” That’s not good. Boosie got a hot beat and came up cold. Maybe he shows a little more personality on the next cut “Set it Off”:

“Man I be thuggin, I be fresh, I be super clean
With Gucci shades, with some J’s you ain’t never seen
The race car jacket with ’bout 80 fuckin patches
With the car to match it, Tony Stewart it’s a classic”

Bunt squibbed down the left field line – Boosie beats the throw and takes first. Not many hardcore rappers put NASCAR in their rhymes, but Boosie’s flow seems to have changed little from one track to the next and the beat is not as good as the opener. He should consider himself lucky to be on base at this point. “Zoom” is his chance to advance, since Yung Joc was on deck and joins him for this track. Unfortunately for Boosie this is where it starts to fall apart, because he turns into every cliche of gangsta rap before the end of his first verse. He’s a movie star, ridin on 24’s, iced out from his neck to his wrist, gettin paid wearin’ Gucci shades and the whole nine. This isn’t nearly as bad as the fact Joc upstages him by being the better MC. Joc speaks softly but clearly, drawls certain words for emphasis, and throws in funny lines that actually tie Rick Ross and Kris Kross together. Boosie comes off loud and obnoxious, overbearing and underwhelming by comparison. To be fair Joc’s verse is just as full of gangsta cliche as Boosie’s but it’s his personality that makes him a standout where the “Bad Azz” is not.

Things tend to go downhill from here. “Movies” is musically comparable to “Tear Da Club Up” but without the pounding bass or catchy hook Three 6 provides. “I Remember” tries to do the “back in the day” rap but that too is overdone, and the bass sounds like flatulence. “Soft to Hard” features a couple of unknowns named Foxx and Big Head, but could have some potential if chopped and slowed thanks to a heavy beat. The same can’t be said for the irritating “I’m Mad,” which at 5:08 is about five minutes too long. Boosie continues to be upstaged by his guests, including Webbie on “I Represent” and Pimp C PLUS Webbie on “Fuck You.” By the time you’re done listening to this excessive seventeen track album even the song titles start to seem like gangsta rap cliches that tell the whole story. For Boosie “My Stuggle” is dealing with all the fools “Hatin'” and it’s got him “Goin’ Thru Some Thangs,” but he’ll kill that and chill by “Smoking on Purple.” Through the series of songs on “Bad Azz” Lil Boosie occasionally gets a hit, and sometimes even lays down a double, but realistically he’s batting about .220 and striking out a whole lot. Boosie’s been at this rap thing for more than a minute, but that doesn’t mean he’s automatically qualified to be a star just by virtue of longevity. Boosie is best served in small doses or cameos, a pinch hitter you bring in only to take the pitcher’s place, and he’s not really an all-star player. The title is ironically appropriate – he’s “Bad” and most of this is “Azz.”