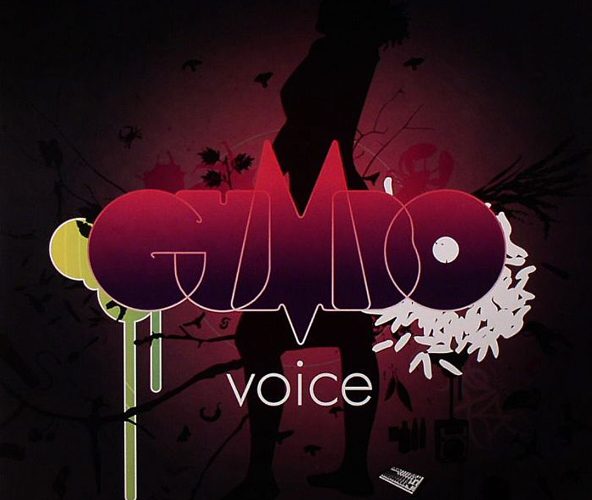 Voice is a female lyricist from New Orleans by way of California, and “Gumbo” is her debut, a record full of meandering, casual jazzy Hip Hop and oddly familiar everyday observations. Now that you have the basic understanding, place her in proper context: a rap industry based on geographical identity, club and radio hyper beats and larger-than-life tough talk. Eccentric? No doubt. That’s why I really wanted to enjoy “Gumbo,” for its roots as well as intentions. From the way producer Arch Typ sneaks the bass line of “Rapper’s Delight” into “Fantasy Pt.1” by slowing it down and burying it under sonic muck to the fearlessness Voice has in her flow patterns to the brazen disregard for radio play, “Gumbo” has its heart in the right place. Problem is, the finished product is less a satisfying and cohesive piece of art than a tantalizing hint of potential, a display of bold talent that falls short as much as it succeeds. Because along with all its fresh attempts at relevance and originality, the record is also full of pointless experimentation (both lyrically and sonically), sleep-inducing and overlong grooves, and an overall amateurness that comes through feeling mostly sloppy, as the disc’s mastering, pacing and overall production fails to impress.

As I said, this is a record of creative urges, experimentation and openness. Sonically that translates into 15 tracks that all have distinct flavor but the same basic jazz-funk-fusion formula, bleeding together and setting a decidedly mellow vibe. The cool out feel works well on most tracks, as Voice’s, ahem, voice has the soft melodic and subtle flavor of Bahamadia. At times, however, it can veer into the mundane and repetitious, as almost all the songs overstay their welcome before fading out. Voice couldâ€™ve used some editing, as many of her tracks go well over 5 minutes, though not because of any inherent infectiousness or energy. For instance, “Know Rhythm” (which may have been more appropriately have been titled “No Rhythm,” dig) goes on for an agonizing 7 minutes, most of which is without vocals. And I do applaud and enjoy any rapper who employs live instrumentation on wax or live, but these players sounded less like the Roots and more like a bored jazz club house band, satisfied to dig deep groove ruts or else aimlessly play around with harmless improvisations. In other words, this might play nicely at your slightly-too-hip area coffee shop. Yes, there is a decidedly disappointing lack of boom bap here, especially for an artist who professes her love for classic Hip Hop. But overall, for those who enjoy their Hip Hop mellow (think Digable Planets), “Gumbo” might hit more than a few pleasure centers.

Lyrically, Voice is ambitious in her applications, as she can be found flowing multiple ways, singing (poorly), and even doing a few spoken word pieces (which I don’t usually welcome, to be honest). She has a similar disregard for mainstream standards content-wise as well, which can be both refreshing and maddening. Take “Clock In” for an example: the tone is almost simultaneously fresh, honest and idiosyncratic (all good things), but also meandering, mundane and even bored (not so good things). She raps about her 9 to 5 bagging groceries, something we can all relate to on some level, but at times the details aren’t illuminating but merely uninteresting. And it doesn’t help when the chorus of, “You don’t know me/ I’m only here to bag your groceries” is sung over and over with decreasing enthusiasm. The everyday is interesting when someone like Devin the Dude takes it on, but for Voice it can get a little standard. Her technical flow is adequate but at times unpolished, and while the Bahamadia comparison is meant as a compliment, at her worst Voice can sound like a slightly less horny female version of Paul Barman with zero presence and even less immediacy. Not so pretty. On the other hand, it’s always a good sign when a rapper can admit to such honest situations as sitting on the couch, pregnant and feeling inferior because of all the beautiful people on TV.

If art can transcend, not by taking us to a different and exciting world of fantasy but by digging deep into this existing world of boredom, struggle and hope, then Voice is on to something. But if the thought of listening to a twenty-something female meander into and around in her own brain makes you uneasy, better stick to that new Jay-Z album dropping soon. Me, I might fuck with “Gumbo” on a lazy Sunday afternoon. Raise your tea and nod your head gently!