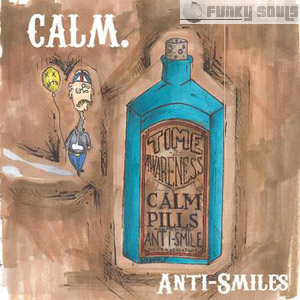 It’s about time for this B-boy geezer (all 23 years of me) to face some sobering facts: rap music is now, and has been for some time, the dominant music of the kids. In other words, pick any 16-year-old off the street and chances are good that (s)he will like 50 more than +44, Jeezy more than J.T. I realize this is hardly shocking to anyone who hasn’t been holed up with Osama for the last decade, but until recently I’ve chosen willful ignorance over sober reality. Point blank, being a Hip Hop head has always been a large part of my identity, the kid who loved and knew the artform more than all others, an insider with a special pass to the funkiest, rawest and most innovative sonic output of the last century. Sure, there’s a ton of other kids who go to shows and buy the latest Nas joint, but for them it was a sort of juvenile phase, while I was invested for life. I didn’t want the dumb throng of youth sticking their noses in to my music, which I had discovered innocently enough hanging on the block with the older kids (who bumped Too Short and Dre for my indiscriminate but eager ears), further deepening my love secretly in the confines of my bedroom to keep the brutal dopeness of “Ready to Die” to myself, not wanting my moms to know I was mouthing along to such shocking reality.

And yes, I do see the slightly ironic, blatant hypocrisy in wanting to keep “my” music away from the undiscerning masses. I myself discovered H.E.R. first around 1992, or around the time Hip Hop suffered its third death or rebirth (depending on who you ask), just before a bunch of white kids took an interest in gangsta rap (or, more accurately, because corporations noticed this interest) and changed the game yet again. But I’ve always given myself outsider status, which was admittedly made easier after moving for my high school years to a farm town with practically more bars and churches than people. Seriously, I think I introduced this rap shit to a lot of those gentle souls, whose only culture came from satellite TV and a movie theater twenty miles away. Later at college, the illusion remained intact, maybe because I was usually the funkiest white boy on the floor. I still felt like Hip Hop was my secret and my superiority (“Oh, none of ya’ll have heard of Devin the Dude? You don’t even know who Big Daddy Kane is?!?”).

But now cold reality has been creeping in for a minute now. The music I found so intimate and self-insulating is (and was) a global force affecting a billion other youngins from Boulder to Bangladesh. My secret love child was never really mine to begin with. If Hip Hop really is dead, merely a gigantic rotting corpse being fed on by corporate greed and a million cats tryna make a quick buck, then it died not because I have lost my ability to call it my own, but because I thought it was mine alone to begin with. It is only nostalgia that I can now claim, remembering all the reasons I loved the bitch in the first place, grasping to find glimpses of my former boo in the current dirty stream of mainstream big-money pollution and underground sewage leaks. I realize now that the original spirit of the culture was communal, activist and shared. The good news is that in attempting a dramatic restructuring of my mental and emotional framework towards rap, I’ve got many on this side with me, from aging and bitter B-boys, to rejuvenated third wave artists (big up Nasty Nas), to new cats up on their history (Edan, anyone?).

We are now fighting a war against conformity, thoughtlessness and other wack bullshit. The enemy is backed by big industry money and has taken control of the airwaves, giving credence to their manufactured and processed product. But we got truth of soul and a collective middle finger. We got the original spirit of Hip Hop, once thought lost but now recovered, infused from the brain to the bozack, and back to the feet again. Most importantly, we know how important the fight is, one fought not merely for money and power, but for respect, freedom of expression and the right to grow. I’m sick of being an elitist, holed up with headphones, distancing myself to avoid tarnishing the purity of musical influences that enter my dome. It’s time to take a stand and unite for the common good. My peoples, let’s elect KRS president and paint the White House black.

So what does that rambling manifesto have to do with Calm’s new album “Anti-Smiles”? The newest full-length from emcee Time and beatmaker AwareNess is a distinct product of all these historical processes (making it a severe product of the “now”), just as it conceptually harkens back to eras past. Without the global rise of the culture, I doubt these two (white) cats from Colorado would have ever touched the mic and turntables. This is the upside to mainstream exposure, that of giving a genuine outlet for those with something to say, who would have otherwise had to sing some wack rock’n’roll bullshit. Simultaneously, Calm manages to avoid the major downside of that same exposure (chiefly, homogenization), by emitting their art in a unique and self-styled voice. It’s obvious that Time didn’t develop with highly emotive and spastic rhyme flows from listening to Jay-Z every night, just as AwareNess’ beats recall earlier work by RZA, Pete Rock and Large Pro but he manages to transcend all of them by incorporating his own particular sound, previously undefined. The product is shamelessly fresh, self-satisfying, brilliant, annoying and messy as all hell, and in this way its spirit harkens me back to the old “New School” era (1984-1989), when everyone seemed to be bringing their own style to the game, for better or worse. So Calm’s unique template of cynical wide-eyed expressionism both transcends and grounds itself into the cultural contingencies that made it possible in the first place.

Far from being merely a curious theoretical artifact, “Anti-Smiles” has plenty of dope moments to keep the listener happy. Point blank, if you’re at all a fan of the â€˜emo-rap’ thing (Atmosphere, Eyedea & Abilities, Aesop Rock, etc), then you’re definitely gonna want to check this album. With Time’s feelings practically sprayed over AwareNess’ cerebral beats, the results are alternately amazing and cringe-worthy, but they never leave you bored. It’s far too long, but also too passionate to overlook. And not one reference to rims or crack (sorry young thug). So say hello to the ever-changing new face of that seductress Hip Hop. After all these years, whether I’m singing along with her or calling her a bitch, I never fail to come back in the morning, hangover or not.