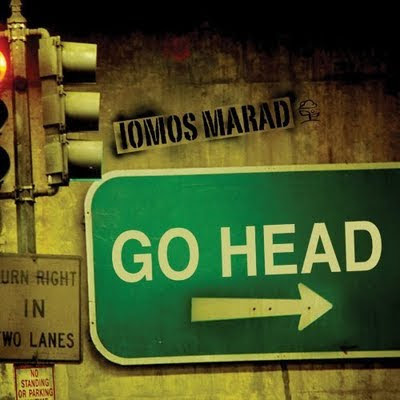 In 1995, a rapper on Tha Chamba’s “Makin’ Illa Noize” album had this to report: “They say Chicago flows weak / plus our producers got no beats.” Even if he begged to differ, the statement reflects the low self-esteem of many hip-hop practitioners away from the traditionally dominant cities. Because it probably weren’t outsiders who had said that Chicago flows weak and has no beats, it were in all likeliness local defeatists. Sometimes the rest of the world is more receptive of an artist than his hometown. Without being too familiar with the scene past or present, I remember that soon after that complaint several Chicago rappers came to national prominence explicitly with their nimble flows, most notably Do Or Die and Crucial Conflict in 1996. Even before 1995, Chicago had been able to export its share of hip-hop hopefuls with Da Brat, Common Sense and Tung Twista, the latter running laps around competition when he returned in 1997.

Producers took a little longer to make a name for themselves outside of the Windy. Dug Infinite and No I.D. were recognized for their work with Com, the Molemen became known in underground circles, but nothing compared to the acclaim Kanye West garnered, which multiplied once he started producing his own albums. In short, from “Can I Borrow a Dollar?” to “Be,” from JUICE to Vakill, from Thaione Davis to Copperpot, Chicago has definitely proven that it has strong flows and plenty of beats to go with it. “Go Head” is a current release that underlines the city’s capacity. In fact, if I had to point out what intrigues me about this CD, it would come down exactly to the flows and the beats.

Iomos Marad introduced himself in 2003 on the “Tree House Rock!” compilation and the following debut “Deep Rooted,” for which he worked with All Natural’s capital D, the Molemen, and Dug Infinite. On his new EP he teams up with producer Yuani (pronounced U-n-I), who supplies him with five distinctive beats. “Don’t Play Dat” starts out rather flat, with the raps, a distantly clattering piano, and a basic drum setting the pace, before a buff bassline pushes the track into another dimension. The bass fades again, only to resurface during the hook, which fulfills its task of further characterizing the song beautifully with the addition of female voices. “Strong Love” pays briefly tribute to A Tribe Called Quest before it switches to a slowly thumping track where only periodically appearing bass and female vocals once again do the trick. The result is exceptionally funky, sounding like The Roots doing an impromptu rendition of K Rob and Rammelzee’s “Beat Bop,” prompting I-o to proclaim:

“Gimme a Yuani beat, I be back in an hour
with fiery words for the wax that spin on platters
Love is the balance based on God’s design
Rhythms and basslines intertwine with time
There’s so much to explore in this MC’s mind”

“War Stories” is a headnod enforcer with a strong rhythm section and an alarming piano. “Lights Get Dimmer” reflects its title ingeniously with walls of bass closing in, creating a somber, claustrophobic atmosphere, while “If Ever” trots along good-naturedly. Yuani’s beats are essentially straightforward and simple, devoid of any special effects, but if you pay attention to how they’re constructed, they reveal a precisely layered structure and are both very well tuned and timed. Lest we forget to mention, 5th Element —3 beats—.

As a vocalist, Iomos Marad gets over with a fresh yet grounded vocal tone and a precise delivery. He often pauses unexpectedly (instead of simply at the end of a line), which adds a level of subtlety to his performance. That’s probably the drummer in him, as Marad is known to play the drums at his own shows, sometimes rhyming and drumming simultaneously, an act he’s also taken to Chicago subway stations. With so many people trying to rap but not quite getting the hang of it, it’s refreshing to discover someone who doesn’t expose his limitations immediately. As a rapper, Iomos Marad is a natural.

But what’s the lyrical substance made of with which he fills his flows? First off, in Iomos Marad’s vernacular Chicago is the Go, as he somehow seems to reject the term Chi-Town:

“I’m from the Southside but I represent the Go as a whole,” are the first words you hear on this release, stated on “Don’t Play Dat,” which is Marad’s way of making his mark and making sure that he gets a piece of the current action: “Other rappers from the Go is just a foot in the do’ / we that kick-in feel, wavin’ that .44 / ignored no more now the lights on us / independents to executives supplyin’ the rush.” Lyrically, though, this is guest rapper Qhazi’s moment to shine with his account of how blacks and whites in Chicago share more than just a morning train ride.

Meanwhile, Iomos Marad shows flashes of brilliance throughout “Go Head,” but fails to pen what traditionalists would view as a well-written verse. Still there are some highly quotable soundbites to be found in those 35 minutes: “Life is ugly to many but it’s beautiful to me / I’m re-born every time I touch mics to emcee,” “While rappers do it to death I do it for life,” “Spittin’ syllables and verbs to elevate the slums / unproductive words bring more death than guns,” “Hatred forced me to leave, a strong love brought me back / with the power and the force to make an impact,” “Speedin’ past writers block and never get caught,” and last but not least the touching reference “Dilla said, “Let’s Go” – even though he had to go.”

Many of Marad’s lyrics reflect the influence God has on his life. “This MC life, I been ordained,” he says, and as soon as he boasts, “Every syllable, adjective, adverb, noun or pronoun of this rhyme is mine, no other writers behind,” he instantly corrects himself, adding “I’m lyin’ – my ghostwriter started mankind.” —-:

“Imperfection takes a constant correction
Correction is reflection of God’s main direction
Direction gives purpose, room for circulation
I know you love the way my words rotate with meanin’
So even after I make this half a million dollar
I still won’t have the actions opposite to a scholar
This music change the way you think and live
a glimpse beyond space and time is what I give”

Although he states that he doesn’t “preach to the youth no more, they won’t listen,” Iomos Marad still believes in rap music as a constructive force. If not, his buddy Qhazi is there to remind him. “They were close to me in years and perspective,” he says about about artists such as Nas and Common, coming to the conclusion: “Till you hear from your peers you never really accept it.” Iomos may be too righteous for these times (sometimes a tad bit too self-righteous), but — — calling music.

It wouldn’t be good only for Iomos Marad, but for society in general if —- would quote him the way he now quotes KRS, Quest, Nas, Jeru, Biggie, PRT–. Some rappers would be lost without “war stories to tell” (“War Stories”). Not so Iomos Marad. He comes close to relating –war stories, when on “Jealous Love” he — “never thought I’d be attractin’ 50 Cent type beef,” but —Go unity auch und vor allem. As he looks back: “A Blackstone is what I really wanted to be / but now I trust God, fittin’ in ain’t for me.”