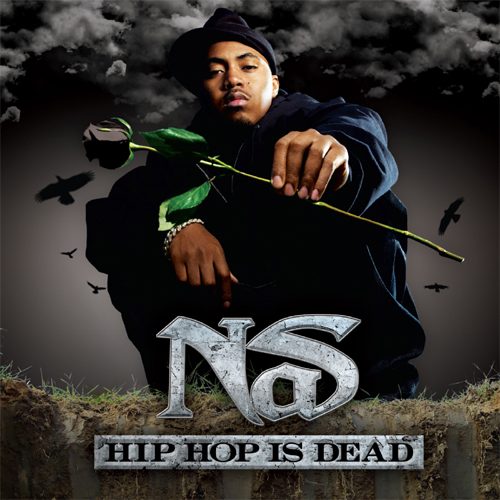 “Redhead Kingpin, Tim Dog, have you seen ’em?
Kwame, King Tee or King Sun
Super Lover Cee, Casanova Rud
Antoinette, Rob Base never showin up
You see Black Sheep, Group Home, Busy Bee?
Ask Ill and Al Skratch, +Where My Homiiies?+
Leave it to y’all, these niggaz left for dead
Last week my man swore he saw Special Ed
Rap is like a ghost town, real mystic
Like these folks never existed
They the reason that rap became addictive
Play they CD or wax and get lifted
I recommend when your kid turn ten
Let him hear Spice 1, made plenty noise
… Positive K, Father MC, the Skinny Boys
Where are they now?”

Good question. While Nas is making a list, I’d like updates on MC Lyte and MC Ren, Def Jef and Daddy-O, Kam and Threat. There’s a lot of rappers in the industry who have simply dropped off the radar without leaving a trace or even a forwarding address. When Nas says “Hip Hop Is Dead,” he might as well be talking about the careers of the peers he namechecks in “Where Are They Now.” It’s a sad statement on today’s generation that the legends of the golden age are nowhere to be found – they pop up on a single once in a blue moon or cameo on a compilation, and you’re lucky if you hear about either. Artists from Kurtis Blow to Big Daddy Kane to Roxanne Shante ought to be lecturing to today’s generation of rappers, passing on the lessons learned and the torch earned, but their voices are silent and hip-hop is forced to exist forever in the now – disconnected from the past and crippled in the future, left scarred emotionally like a child that grows up without parental role models.

It’s a peculiar dichotomy that Nas declares hip-hop dead on his newest CD yet seems to be breathing new life into it at the same time. This is a reflective and thoughtful Nasir Jones, a Nas who looked at the Cristal bottle and left it on the shelf, a Nas who took off his bling chain for the day and put it away. If anybody has earned the right to floss his legitimately acquired wealth it would be Nas, who is far from an overnight sensation in hip-hop and has been putting his voice on wax for over 15 years. The man who helped usher in an era of extravagance as Nas Escobar knows there’s more to life than the accumulation of wealth though, and it’s an irony of history that the image sticks despite his continued insistance on releasing well thought out and carefully crafted albums. While some rhyme writers would have trouble making a 9 and up on their best day, Nas does it time and again on releases like “Stillmatic” and “Street’s Disciple.” How can you top a track record like that? Nobody can, not even Nas. He’s not out to top himself on “Hip Hop Is Dead,” nor is he even proclaiming himself the savior of a dying artform. Incredibly it’s all so much simpler than that.

“Nas is the ghetto American Idol
No matter what you do you’re never gettin my title
I can’t sound smart cause y’all will run away
They say I ain’t hungry no more and I don’t talk about yay
Like there’s no other way for an ex-hustler
Cake getter, ex-wigsplitter to touch ya; I beg to differ
When you four years in the game, we can have a conversation
Eight years in the game, I invite you on vacation
Ten years in the game, after I’ve enjoyed my fame
Only then I’ll let you pick my brain”

“Let There Be Light” indeed. The beat by Kanye West and hook by Tre Williams may set the tone, but it’s Nas who makes the track all his own with this declaration – I’m the fucking man, case closed. If hip-hop isn’t braggadocious, what is it? Going back to conception, coming up in stunted growth spurts, fumbling and reaching towards maturity with one step forward and occasionally two back, the one thing hip-hop has always been all along is cocky and self-assured, ever since the bang bang boogey up jumped the boogey to the rhythm of a boogedy beat. What you hear is not a test, Nas is rapping to the beat. His swagger and self-confidence on this CD are as old and proven as hip-hop itself, and the greatest thing about that kind of belief in yourself is there’s no limit to the great achievements you can reach. Did Michael Jordan ever doubt he’d make the last second jump shot? Does Tiger Woods ever think he’s going to miss the green on the 18th? They are great because they expect to be, and know deep down in their heart and soul success is destiny and failure is not an option. Tell ’em Nas – tell us why we “Can’t Forget About You”:

“So I will light a cigar in the corridor of the crib
Pictures on the wall of all the things that I did
All the money and fame, 8 by 10’s
of the whole Rat Pack inside of a big frame
Collidin with big names that could’ve made your career stop
All that, and your man is still here and I’m still hot
Wow, I need a moment y’all
See I almost felt a tear drop
When was the last time you heard a real anthem
Nas, the millionaire, the mansion
When was the last time you heard your boy Nas rhyme
Never on schedule, but always on time
[…]
Can’t forget about the old school, Bam, Cas, Melle Mel, Flash
Rocksteady spinnin on they back
Can’t forget when the first rap Grammy went to Jazzy, Fresh Prince
Fat Boys broke up, rap hasn’t been the same since
So irregular, how it messed you up
when Mr. T became a wrestler
Can’t forget about Jordan’s retirement
The shot Robert Horry to win the game in the finals kid
Some things are forever, some things are not
It’s the things we remember that gave the world shock
They stay in a place in your mind so snug
Like who the person was with whom you first make love”

And there it is – Will.I.Am can produce it, Chrisette Michele can sing on it, but only the seemingly effortless flow Nas displays and how tightly spun his wordplay is can weave it into the tapestry of music that like the Nat King Cole track that inspires this song is truly “Unforgettable.” At the darkest hour, when hip-hop had seemingly been abandoned to commercialism and cultural rape, Nas came back to say FUCK ALL THAT SHIT, WATCH HOW I DO IT AND LEARN SOMETHIN’. Far from hip-hop being dead, Nas has proven on this CD that it’s alive and well. It’s bizarre to even single out individual tracks on this album because every one is a masterpiece in its own right. The pounding L.E.S. and Wyldfyer opener “Money Over Bullshit” mixes old school scratches with modern day Queensbridge intensity that’s undeniable, and it’s only the first stop on a long road where every turn raises your expectations and then meets them. When Nas boldly states “You Can’t Kill Me” he’s speaking for himself AND the culture, and when he vows to “Carry on Tradition” he makes it clear that as long as he’s alive, hip-hop’s never dead and never could be.

The guests add on but never take away the focus from Nas. Jigga shares an epic beat with him on “Black Republican” but can’t outshine him, Kanye West is “Still Dreaming” but Nas has an even bigger dream of success than he does, and even Snoop Dogg and The Game find that to “Play On Playa” means getting outhustled by one of hip-hop’s best “Hustlers.” Take it from acapella closer “Hope,” Nas says it best when he says it like this: “Ain’t got nuttin to do with old school, new school/Dirty South, West coast, East coast/this about us, this our thing/knahmsayin this came from the gut, from the blood, from the soul.” That’s why even though he’s holding a black rose on the album cover, it’s not a funeral you’re attending on “Hip Hop is Dead,” it’s a wake. Nas has made a passionate album to reawaken your love of the art and if your heart isn’t thumping in your chest by the end then it’s not hip-hop that’s dead, it’s you.