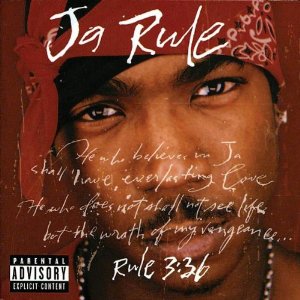 Somehow, the self-proclaimed “Murderer” of hip-hop has managed to do it again. It seems that Ja has borrowed more than a gruff voice and style from DMX and a topic matter from Jay-Z; he has also borrowed their ability to drop a hot chart-topping single every year like clockwork.

If you had forgotten Ja from last year’s undeniable “Holla Holla” or the everybody-and-their-grandmama-rhymes-like-Ja remix, the late summer smash “Between Me and You” should be heating up the crisp October air on a block or outside a club near you. The production Lil’ Rob and Irv Gotti is catchier than the West Nile virus and twice as likely to give you fits and convulsions. Ja even seems to have been inspired by the hot beat and Milian’s singing on the hook, as his sing-song flow fits the format perfectly.

“If you lookin like I ain’t gonna handle his
Let me handle my bizzz, it is what it is
Nigga livin his liiiife, and that’s my bitch
You know I gotta wiiiife, let’s keep this thing tight,
ba-byyy”

The problem here is that Irv Gotti has a hand in every single track though, either behind the boards with DURO or Lil’ Rob or mixing down the track. The sounds of the album start to run together into a undistinguished blend. Dark, slow beats and Ja Rule’s gruff rap style go on from one track to the next until you desperately crave the monotone vocals of Guru or Parrish Smith. While occasional singing works on tracks like “6 Feet Underground” it’s just as likely to get old when interjected on cuts like “Fuck You”, “It’s Your Life”, and “One of Us.” The latter song is particularly suspect since a similar chorus was rocked in a pop-alterna cut where God was “one of us, just a slob like one of us.” If you heard it you know what I mean.

Aside from the first single, it’s really hard to pick out which if any of the other 11 songs (12 cuts, 16 tracks overall) could break out as the next hit. “Watching Me” might have the best chance with it’s crunchy guitar rock backdrop, or maybe the bipolar rap “Love Me, Hate Me.” Ja’s flow is perfectly suited for playing a small role in a larger group such as Murder Inc. or The Murderers (the latter are all over this release) but on full-length releases he tends to drone on. Speaking personally I apologize to any Ja Rule fans that think he’s the shit, but I think this album IS shit. His debut was better because at least he was a new face on the scene at the time. Anybody who says he could “get shot down like Big and ‘Pac for my genius” needs a serious chin check anyway.