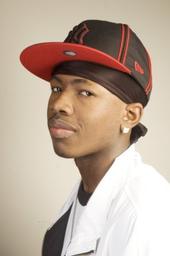 Hailing from upstate New York, 18 year old lyricist Metafore is hoping to change what’s on the radio with a seemingly simple plan; create songs that are radio friendly, but with a twist. Like many Hip-Hop fans, Metafore is tired of what he’s been hearing on the radio, but he’s also sure that nothing is going to change overnight, so what’s an artist to do? Adapt. This week I sat down with the young emcee to speak about his plan, his history and what he feels makes him different.

Adam Bernard: First of all, tell me who Metafore is and how you got into Hip-Hop.
Metafore: Metafore is an 18 year old rapper who got into rap because his mom and dad were DJ’s over in Germany so rap was always there for me. How I got to where I’m at now is from listening to songs on the radio like wow I can do that ten times better.

AB: I’ve heard that from quite a few artists, that their inspiration is coming from the idea that the songs on the radio are garbage.
M: Yeah, it is.

AB: What are some of your biggest issues with the radio scene.
M: There’s a lot of copying going on. Like the screwed and chopped hooks, a lot of that stuff, that’s being copied. I’m not trying to go that route.

AB: In a perfect world who would you be hearing on the radio other than you?
M: Other than me? People like Jay-Z, Nas, Big Pun, Scarface, people like that. People who make legitimate club records and still have enough cred to go back to doing the stuff that they regularly do.

AB: So if what’s on the radio is garbage how are you going to work yourself into that mix without becoming garbage.
M: Easy, I have a unique sound and style, at least I think so. Like the songs that I come up with aren’t songs that you would regularly hear but they’re still radio friendly. They’re not songs like “Snap Yo Fingas,” not hatin on anybody or anything, but they’re not songs like that and they still could be played on the radio.

AB: What kind of Hip-Hop scene is there where you’re from? Is it like the city or is it harder to find places to perform and find Hip-Hop?
M: It’s kinda hard to find places to perform but we maintain. There’s Hip-Hop culture around, you just have to travel a little bit being that it’s upstate New York and there’s not a club on almost every corner.

AB: What are your plans for the next few months? Now that you’re 18 you have a few more options.
M: Yeah, 17 was like a whole bunch of blockades, you can’t do this, you can’t do that. My plans now are a lot more promotions, trying to get into performing at a lot of clubs, a lot more promoting of myself, stuff like that. Going out there and trying to talk to dudes who own clubs around here and try to get local shows and try and get people to come out and support.

AB: Talk to me about “Nah Mean,” your first single.
M: It’s a club experience that I had, I just put it on paper. A lot of stuff you hear about clubs is people bragging about what they have and it’s not what the real life club scene is so I took it a step further with “Nah Mean” and made it a club scene where people could visualize what’s going on, like you actually were there.

AB: At 17 that must have been an interesting one to write.
M: Yeah. (laughs)

AB: So is the album going to be more stuff like that? Are you going with the expected sound but going against the normal lyrical grain?
M: Nah, not really because I can’t say that I don’t have stuff that people already have, like hard stuff, I have hard stuff, too, but you’re not going to hear any “Laffy Taffy’s” on there, I’ll guarantee that.

AB: What are some of the experiences you had growing up that helped mold you as a person?
M: I think moving around so much really helped develop who I am. When you move around a lot you gotta develop something, you gotta make friends somehow, so I think that’s one of the main reasons I started rappin.

AB: How many times did you move?
M: Back and forth… I would have to say about twelve times.

AB: How many different places was that?
M: Three. Alabama, Florida and upstate New York.

AB: That’s a lot of travel. One last question, why do you feel people should pick up your CD over anyone else’s that’s coming out this summer?
M: Because it’s not something you’re going to hear over and over again. I expect it to be a classic. You can pick up a Metafore CD and someone else’s CD and look at both of them and be like what am I picking up? Am I picking up something I can hear on the radio, or that I can go listen to someone else and they’re talking about the exact same subject matter, or can I pick up this and be enlightened by a whole new different type of music?