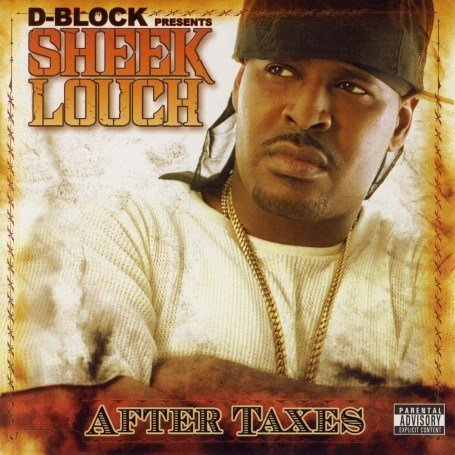 Growth is important in the rap game. You can’t have a successful career without it. And while keeping up with the times is important, true growth entails much more than enlisting the hottest producers to update your sound. Take a look at The Lox for example. It’s been 7 years since they first hit the airwaves with “If You Think I’m Jiggy” and yet their popularity is at an all time high. Sure you’ll still find them blazing the latest Mariah single, but these boys from Yonkers have come a long way since their shiny suit days. While The Lox is still as street as ever, one talk with Sheek Louch will convince you that there’s much more below the surface. Fresh off a lucrative distribution deal for D-Block records and on the verge of dropping his sophomore album, “After Taxes,” Sheek Louch breaks down what it takes to go from hot rapper to commanding the attention and respect of Koch Records AND Def Jam president Jay-Z.

Sheek Louch: What up man, it’s your boy Sheek.

Sheek Louch: Always, you know, got to, it don’t stop.

PH: Thanks for taking time out to do this interview man.

Sheek Louch: Nah, shit, thanks for doing this, you know, let’s jump right into it.

PH: Alright man, for those not familiar with D-Block, could you explain what it’s all about?

PH: I actually heard about Jay-Z trying to sign y’all and I know y’all were rivals in the past, I assume everything is good now?

Sheek Louch: Definitely, you know. As far as Jay-Z, you know, we’ve ran into Jigga a lot of times, you know, as well as Puff. Those two dudes are big dogs now, they’re no longer cats who get caught up with being rappers. They doing deals, things like that, they don’t have time for beef or anything. You know, we’re really trying to do what they doing as far as going above just being a rapper. We want to break ourselves into that field, as far as not just being artists, we want to be bigger than that.

PH: I know you dropped “Walk Witt Me” on Universal, what was the story behind that album?

Sheek Louch: “Walk Witt Me” was my first album and that was over on Universal. The deal with Universal didn’t work out because of creative differences, you know. As far as the machine over there, it moves differently. The way everybody over there handles business, we just couldn’t get with that, it wasn’t the time. You know, back then Universal owned everybody, everybody was under Universal. They didn’t understand what we were about you know, they didn’t wanna support our music as far as making street music. They had no faith in our music, you know, until we put it out on our own and they saw it was #1 on the countdown, on the radio, and then they wanted to get involved and shoot video, you know.

PH: So I assume the new deal with Koch gives D-Block a lot more liberty and support?

“… we couldn’t get with people who financially were only giving us thirty-five cents for every CD we sold.”

Sheek Louch: That goes without saying, you know. With Universal we couldn’t get with people who financially were only giving us thirty-five cents for every CD we sold. Koch you know, they see our vision and they support our vision, as far as what D-Block is about. They let us do what we feel we have to do, you know, like if we wanna shoot 5 videos they’ll support us because they know that we know what’s best for our label and what our fans want. And then, you know, we going from the situation at Universal, to, you know, getting 8 dollars a CD with Koch.

PH: As far as the new album, when is it coming out and who all is on it?

Sheek Louch: The album, “After Taxes,” is coming out on September 20th. Man, it’s got everybody on it, production from Rockwilder, Havoc Alchemist, Ideal, Buckwild, Red Spyda, DJ Twin. Then I got my man Redman, Ghostface Killah, Raekwon, Carl Thomas, Lil’ Scrappy, The Lox, and J-Hood.

PH: What can fans expect out of “After Taxes?”

Sheek Louch: A little bit of everything for everybody, you know. I’m showing some growth lyrically, fans will get a glimpse of where I’m at lyrically right now. I address different things, you know, lots of growth, I got a song about jail, and then this other track on there “On The Road Again,” where I talk about how everything went down from the first days with Puff to Ruff Ryders, to where I’m at now.

Sheek Louch: Nah, not at all. As far as the streets, we do the mixtapes cause we can. DJs are at the studio on the regular. They don’t drop unless we put something on there. You got dudes who gotta pay to get on there, dudes who are begging to pay to get on there. Not us, they [DJs] are asking us for what’s new. What we put on the mixtapes, it’s not on the album. We put out underground and then we also put out stuff above ground. When we put out a CD, cats know we still hard core.

PH: With songs like Jada’s “Why,” Styles’ “I’m Black,” and your own song “How I Love You,” The Lox has shown a lot of maturity, do you feel you’ve grown and changed a lot since your first days in the rap game?

“… I got a baby boy now, I’m an older man. Back when we were first with Diddy, we were young…”

Sheek Louch: Definitely, I got a baby boy now, I’m an older man. Back when we were first with Diddy, we were young guys still. I’ve grown a lot, everything is a lot different, you know.

PH: Along the same lines, D-Block is one of the few street camps who still does the R&B collaborations and mixtapes, is it difficult to balance your street credibility with the more upscale fan base R&B brings?

PH: How has the transition been from being just a rapper to running your own label in D-Block?

Sheek Louch: Crazy! You can’t just wake up and call your manager and complain, it’s a grown man world. If a problem comes up you gotta know how to fix it, there’s no crying all day or spending too much time complaining. I gotta check on J-Hood’s album when I wake up, see how that’s going. Gotta figure out why a certain vinyl ain’t here, you know. It’s like wearing 5 hats on at the same time.

PH: I know aside from The Lox, J-Hood is the most well known artist on D-Block, how did y’all two hook up?

“It’s real easy to get lost in the system, man, it’s dog eat dog out there, you know what I’m saying.”

Sheek Louch: J-Hood, he was a young boy from Yonkers, you know. It’s almost like we raised this lil’ dude, from him always being around, always trying to kick rhymes to us, and we were like “Go home, do your homework.” And then, from that to now where he’s been growing and maturing, and sticking with us and being loyal. You know, the fact he chose to stick it out with us, when he could have gone elsewhere, it’s real. It’s real easy to get lost in the system, man, it’s dog eat dog out there, you know what I’m saying.

PH: Aside from J-Hood, how do you go about finding artists for D-Block?

PH: Do you feel that the game is missing that right now, morals and things like that.

“There’s not enough principles, morals, ethics and codes in the rap game, you know. Cats have lost sight…”

Sheek Louch: Yeah man. There’s not enough principles, morals, ethics and codes in the rap game, you know. Cats have lost sight of that, there used to be rules, you know, like no rats, that used to be a rule (laughter).

PH: You’ve always kept the lowest profile and been the lesser known member of The Lox, does that put on any added pressure to put out a hit record?

Sheek Louch: Nah, not at all. I do my thing, as far as putting it out for the streets. I do what do, you know, all my shows are sold out, nah mean. I go to the same clubs as everyone else and people scream for me just the same. It is what it is, especially working with big names like being able to do a song with Mariah or things like that, it don’t matter because The Lox is able to do that, whether it’s me, Jada, or Styles.

PH: Where do you see The Lox and yourself in ten years?

Sheek Louch: Hopefully, a whole bunch of artists out there will be able to fall back on what we did, our insight and what we brought to the game. Right now, I’m working on a clothing line. I’m also working on a DVD and looking at a few independent films, you know, all that.

PH: Any final words for your fans?

“Support the whole D-Block movement, it’s a way of life! It’s long overdue, we finally in the right situation…”

Sheek Louch: Yeah man – “After Taxes!” Coming out September 20th, y’all gotta go out and pick up 5 of those. And look out for the new single, we just shot a video for that. We went with a street joint, “Kiss Your Ass Goodbye,” and matter fact I just did a remix for that with me, J-Hood, and Young Jeezy on it. Support the whole D-Block movement, it’s a way of life! It’s long overdue, we finally in the right situation, so get ready for that, you know. Sheek Louch! “After Taxes” – September 20th!