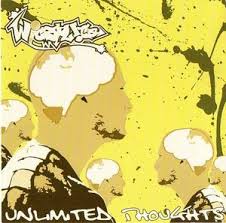 The underground is becoming extremely uncool. What used to be the bane of trendy glam-rap and an ever-refreshing alternative is now a sanctuary for sub-par phonies, wack rhymers and hopeless wannabes. No longer can you be proud to be underground: under a loose definition, literally any old sap could hand a demo to their neighbor and call themself an underground emcee. Mixtape after mixtape and one dude after the other – it’s getting to the point that being “underground” is an artist’s only selling point – an exercise in pathetic irony.

In theory, this might be the tenth time I’ve reviewed this album for RapReviews. It ain’t hard to tell when an artist gets trapped in the same rut: they swear too much (even for rap), pretend like they’re important, and just keep on dissing imaginary rappers. That, and there’s the occasional joke of a one-liner (“float like a butterfly, sting like a grown man getting circumcised”). The opening “Indonesia” sees Swayne immediately pigeon-holing himself into the very stereotype I describe. He’s holding chrome, hanging out with Mark Cuban, slapping bitches with his nut sack, and expressing his superiority over wack emcees. That, or he just sounds like a drunk frat brother freestyling with his other Canibus-fan homeboys.

Sadly, the Massachusetts native never breaks from this mold. The remainder of the album is mostly made up of completely mindless battle rapping, with clever one-liners few and far between (seriously now – “you’ll be dead just like John Ritter?”). “Separation,” an awkward track actually boasting about studio time (now THAT’s saying something), sees Swayne digging his most unintentionally hilarious grave of the whole album. After bragging that “we’ve got quality,” and having “voice effects you can’t even fuck with,” the vocals immediately transition into a completely unnecessary, totally hilarious alteration that could have easily went for a walkie talkie.

And the choruses are equally as laughable. I don’t think I need to go over “4 the Killas,” but I quote “OCD Anthem:” “Addicted to life, addicted to drugs, addicted to females, addicted to slugs.” Now that’s what I call poetry.

In digging through their record collections, the producers clearly used the first loops they found that would work. The sampling is poor, but the percussion, cheap and weak, is decidedly worse. Other beats (“The Truman Show,” “April 6th”), if not for poorly selected drum patterns, would have rocked great loops. Meanwhile, out of nowhere, “What You See Is What You Get” is a rather outstanding beat, but during it and more importantly, Swayne experiences his most telling self-realization: “I’m fucking tired of disses getting me inspired.” I had to slap myself on the head right there. He finally talks about his life on “Outside the Box,” and as emo and simple as it is, it’s a badly needed change of pace.

Outside all the technical crap, “Unlimited Thoughts” is simply not an enjoyable listen. The beats are not good, and Swayne doesn’t sound good over them. Additionally, echos are not applied to Swayne’s vocals, making most of the tracks sound like he’s rapping in his garden. Combine it with his gratuitous use of the f-word, and how many times we’re told to suck his dick, and it would appear his thoughts are more limited than he would have us imagine.