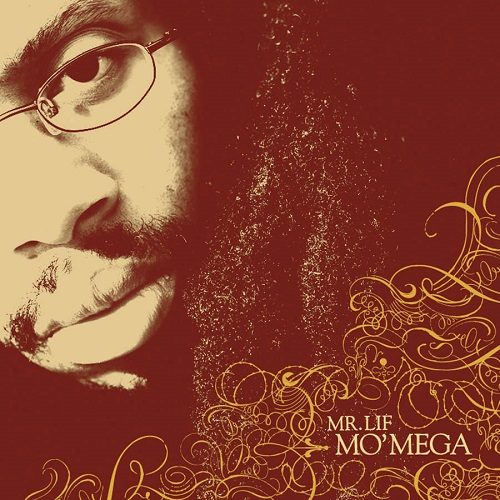 “Rap Music and its effect on National Security.” That was the exact title of a report the Federal Bureau of Investigations sent to Congress to express their concerns about the influence of political rap groups in the early nineties. Public Enemy was one of the highest ranking names on that list with its militant attire and controversial viewpoints. If you’d ask the Boston MC Mr. Lif in 2006 he would definitely do the old switcheroo on that report. In his eyes, role models Public Enemy should have been given a pedestal rather than a wiretap, and the FBI is to be considered as the biggest threat to national security instead.

Ever since Mr. Lif got nationwide status with his first EP “Enter the Colossus,” he has been an active and dedicated criticaster of modern society. On the EP “Emergency Rations” he fronted to be abducted by a secret government agency to prevent him from expressing his right of free speech. On “I, Phantom” he put himself in the place of a person who gets crushed under the heavy demands of the capitalist way of living. Aside from the successful Perceptionists project (Lif, Akrobatik & DJ Fakts One) and some battle shit, that saga continues in 2006 with his second solo LP “Mo’ Mega.”

Even though Lif hasn’t ceased commenting on the state of his own country or the world, “Mo’ Mega” is a far more personal album than all his previous material. He gives us a peek in his personal life with a ballad to the kid he has yet to conceive on “For You.” Or on the opening track “Collapse” he discusses the struggles of being a recording artist:

“It’s been nine interesting years in the game
Nothing too much has changed
I still got a saw to hack up your frame
Performed at all your favourite festivals
Some cats do one show
And blow up my destiny to live on the low
It got me locked in the basement, in the winter, in December
Open window, cold toe
Face down on the futon
Rocking yesterday’s attire
Woke up early
Feeling uninspired”

It is a good thing Lif views himself as he does the world around him. You can just picture the dreadnought sitting there, contemplating his next artistic move. To me, Lif’s visualisation skills are one of his greatest feats, and this talent hasn’t faltered on this new album. If he was a movie director, he would be the kind that doesn’t go for the aerial shot, but straps a camera to his main character’s head for a more realistic viewpoint. Take for instance “Lookin’ In” about a criminal that reproaches his father for his own moral corruption:

“How the fuck could you leave me alone?
Fuck the finances
Teach me how to shave or behave
When some white niggas try to treat me like a slave
You doubted that you could keep me intact
With the proper information so I wouldn’t be strapped
But I am now; environment is ran down
I no longer stand proud
Dreams are in the damn clouds
And I’m here on the ground with the four pounds
About to kick this nigga’s door down
Bust four rounds, end up in jail
Ow shit, this is real”

Yes, that is real indeed. The way Mr. Lif approaches his topics are without exception original. The guest shots, however, aren’t that surprising, and that might just be a good thing. Lif has been signed with the Definitve Jux label pretty much from the start of his professional career, so the guest list is mostly composed of label affiliates and ‘Jukies.’ Murs goofs off, and acts as Lif’s manager on “Murs Iz My Manager” that has been produced by fellow fishbowlfarter Edan. Partner in crime Akrobatik and RJD2’s better half Blueprint do a cameo on the record industry critical “The Come Up.” And finally, the archaic mind bending mumbler Aesop Rock and label owner El-P, join in for the dark triptych “Take, Hold, Fire.” The latter has also been responsible for the entire production of “Mo’ Mega.”

El-P’s trademark electronic express trains have had the Boston MC as a frequent passenger in the past, so it was just a matter of time the two got together to make a full studio album. Running the risk of being lynched instantly, I think that El-P’s newest accomplishments are somewhat disappointing. After listening Cage’s magnus opus on Def Jux, “Hell’s Winter,” perhaps it isn’t fair to compare these two albums, but this album just doesn’t contain enough head nodders to even the score. The beats on “Mo’ Mega” have the usual quality El-P approval stamp on them, but they feel a bit rough-edged, like a diamond that just has been excavated in an African diamond mine. Except for “Take, Hold, Fire” with its paranoid piano loop and its huff-puff-or-I’ll-blow-your-house-down bass line, I just haven’t been able to sift out a track that stands out from the rest.

With “Mo’ Mega” Mr. Lif proves that a critical eye and a committed attitude still go well together with the boom to the bap. If you can get past his nasal tone-of-voice and listen to the record twice or more, this male Whoopi Goldberg look-a-like will have you reconsidering your own viewpoints, and that is exactly his intention.