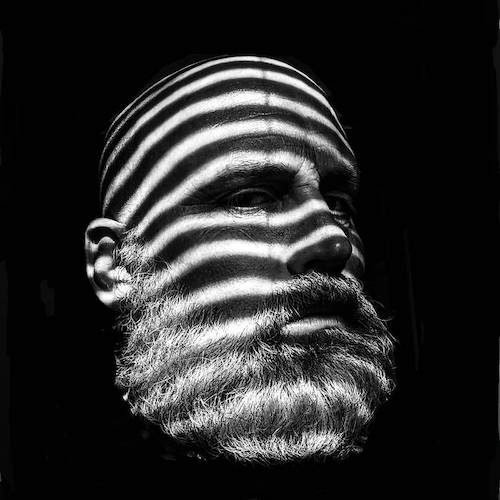 That’s putting it mildly. “Weird Summer” won’t even begin to cover it when historians try to explain what happened in the United States in 2020, let alone for the world as a whole. If it feels like Sankofa is stating the obvious with the title of his release though that’s just fine. I certainly felt that way reviewing his last album when I explained who Clyde Drexler was. Things that don’t seem like they need explanation are quickly forgotten, and the things that are forgotten aren’t often well enough recorded to be fully understood with or without context. If any part of our present civilization survives to be unearthed by archeologists in the year 3000, they may be as dumbfounded by the mistakes of humanity as I am right here and now.

Everything that Sankofa does is imbued with meaning so it’s expected and welcome for this seven song release to open with “Kafka Days.” I may also be drawing an unintentional allusion from the fact that “Weird Summer” was produced in its entirety by wingclipper given that the two have worked together before. I can’t help but imagine Gregor Samsa as the protagonist though, a man transformed into a loathsome insect who is subsequently abused and neglected by his unforgiving family until he commits suicide. Perhaps clipping the wings of such a beast would keep it from taking its own life; perhaps it would be an even more cruel fate to be kept alive to suffer in silence like the protagonist of Metallica’s “One.” That’s the thing about Sankofa really — his music leads to overthinking things. I could easily spend a whole day dissecting “All Ricochets.”

“The source of stress is sorceresses wearing orchid orphan dresses
Absorbed in messes supporting flexes, sets endured the message
That morph in weapons and tore intestines in morsels, several
Assorted freckles on a thickened swarthy wrist support the bezel
The corner store’s a rental, parental figures are hoarding metal
That’s more than ornamental, stashed inside velour and Ecko
The gold standard is factored pride, the source is mess growth
The need to hold on is stronger than that force to let go”

There are multiple layers of wordplay within each line let alone from one bar to the next. As you unravel the riddles of Sankofa’s wordplay, the rhymes are supported by a wingclipper instrumental that sounds like the saddest blues you could find wafting out into the New Orleans night air on Bourbon Street. “Remorse deformed and deadened/Kevorkian the lore ascendant” slips from Sankofa’s lips casually, belying the fact he just name dropped a doctor who was controversially a proponent of assisted suicide. Whether he intended it or not I’ve come full circle to overthinking it again.

“Concrete Floors” seems like an upbeat ending. The backdrop swells with orchestral symphonic emotion and the bearded wonder’s words need little extra effort to decipher: “Some moments leave greater impressions on us than we could imagine/The thousand loudest words obscure the picture, keep in a caption.” The pictures of 2020 will definitely be worth more than a thousand words, particularly as he brings it back home to civil unrest with the song’s denouement: “The thieves and the has beens, beefing with police in traffic/Weaving in and out, a stumbled route completes the tablet.” He knows as we know that’s how the media has attempt to brand protestors. You would think a democracy would be “anti-fascist” and yet “antifa” has somehow been branded as un-democractic. A “Weird Summer” indeed.