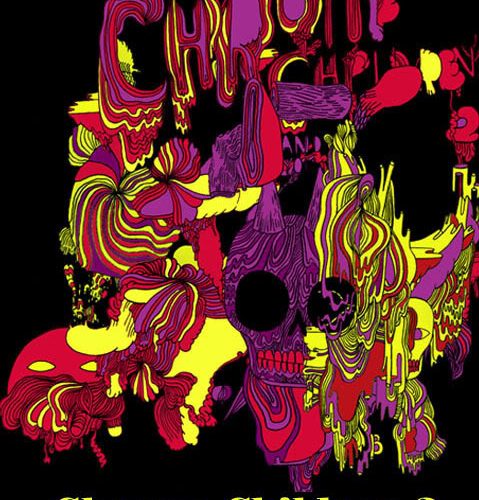 In case you’re late in hopping on the Stones Throw bandwagon, they’re handing out invitations. Considering 2006 saw the indie label in the spotlight more than ever before, providing two free albums to kick off the new year seems especially, if not ridiculously generous. On new years day, listeners were treated to a Madlib/Talib Kweli collaboration that was available for download on the Stones Throw website, and now fans will be provided the sequel to last year’s Adult Swim-sponsored “Chrome Children.” If you think it’s at all strange, Peanut Butter Wolf playing the rap Santa Claus, that’s because it is. If you think the quality is subject to take a hit, you assume incorrectly.

“Chrome Children Vol. 2” sticks to the same path its predecessor blazed last year. The overall sound has become increasingly abstract, to the point that the Stones Throw artists have temporarily transformed into funky, fictional Chrome Children, recording under the same name (for the most part) but with a futuristic state of mind. Credit is due simply for the fearless merging of different musical elements; after all, it is this originality and spontaneity that separated ST from the pack long ago. Truth be told, “Vol. 2,” much like the first, is hardly a hip-hop album at all. Almost every beat sounds more like a live band than a drum machine, and some of them actually are. In short, labeling the genres on your iTunes should be a ruthless bitch.

It’s really only Oh No and Roc C who stick to the older script on “Living For The City,” coincidentally or not coming away with the standout track of the album. Oh No, whose rapid improvement has quickly put him in the higher ranks of hip-hop producers, puts together a soulful number for Roc to tear up. Alternatively, Decypher laces an industrial banger for Oh Knuckle to bring the heat on “Gitback,” and he certainly brings it. Aloe Blacc, who’s built a solid reputation as an R&B singer, puts on the emcee hat for “Happy Now?” and turns out a surprising performance (“you’re gonna act like ‘you don’t know any better do you?’ I don’t think I could explain it any better to you!”).

And while Four Tet’s bugged out flutes and keys on Guilty Simpson’s “Money Motivated Movements” are a highlight, the more experimental tracks like Baron Zen’s “BZ Theme” and James Pants’ “Murder” nearly get lost in themselves. The non hip-hop additions do fair well, with Egon’s edit of Clifford Nyren’s “Keep Running Away” being a particularly lively and soulful selection. The Beat Junkie J. Rocc contributes a funky break with “Bubbha’s Dance,” and Madlib’s two futuristic thumpers are perfectly representative of what could be called the “Chrome sound.” All in all, the mix (this is brand new material, mind you) is quite good, but several noticeable absences stick out like a sore thumb, mainly the always-entertaining Quasimoto and a certain masked supervillain.

Stones Throw proves it’s still the one-of-a-kind label it’s always been. “Chrome Children Vol. 2” is certainly too eccentric for some, but anyone who can put MED and Gary Wilson on the same compilation has something to say for themselves. Underground hero Percee P actually logs some studio time, and former N.W.A member Arabian Prince closes the LP with the appropriately titled “Strange Life.” It’s a good look at a great label, still it’s braver than it is totally enjoyable, and decidedly front-loaded. The free download is also edited, which certainly doesn’t help, but in the end, it’s still free. Don’t complain!