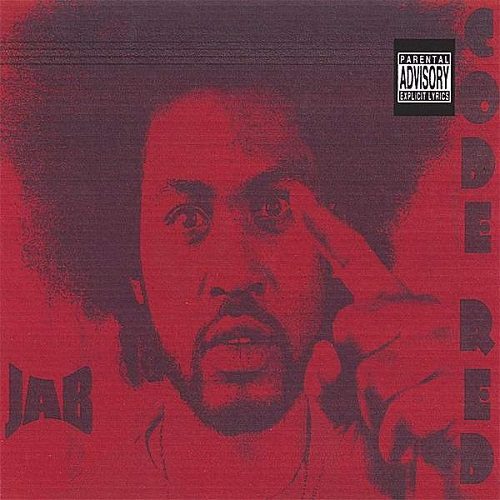 Potential is something that is usually used to describe wack rappers and producers but still be nice about it. Actually, scratch that, more often you see people in the rap game straight lie in people’s face about the quality of their music so they can keep the â€œconnectionâ€ open in case they can get something out of them in the future. But at RapReviews.com we don’t lie or pretend, we give you the raw. So that means when I say a cat has potential, it means he has potential. JAB is one such rapper who I wish could have put a little more time and effort into the presentation of his product. See I like the man’s lyrics for the most part, and his beats seem on point but overall it’s hard to gauge how good JAB really is because the presentation is lacking. For starters, on the album cover the man looks like a confused Bonecrusher, so from the start you don’t know what to expect. You flip to the back and there’s money being burned. I don’t know what message he’s going for, but regardless I’m never down for just burning my hard earned dough. You try to read the tracklisting and half of the tracklisting is clouded by the â€œsmokeâ€ from the burning money making it really hard to read. By the time you flip open the CD and see an out of focus pic of JAB sitting on the hood of a car you start wishing they didn’t burn that money on the back and used it for their budget instead.

While I’ve clowned JAB’s album art incessantly up to this point, I only do it to highlight the fact that everything about this presentation reeks of this being a low-budget and subsequently, in the minds of most rap fans, a wack CD. But the music itself is far from wack. Unfortunately, JAB’s presentation woes don’t stop at the album art. The music itself is plagued by what either is bad mastering or bad execution. â€œSalty Tearsâ€ opens the album and is decent as JAB delivers lyrics lamenting on the situation in his hood but the track is plagued by a horrible hook. The hook consists of an off-key singer, another singer that is a little better, and a rapper all of which are saying something different. It’s an interesting concept, especially with the way JAB plays with the left/right fades, but in the end you’re just left with a mess of words none of which you can understand too well. This track also introduces a recurring sound on the album, that of JAB doing his best DMX barking impression. The man literally copies X’s high pitch barking sound, randomly throwing it in on the track. The honest truth is that only certain people could pull off such a gimmick and even then there’s only room for one rapper in the game to be barking on the track.

â€œLast Wordsâ€ makes things better as the smooth track features a talented singer on the hook, but the problem is that JAB once again visits the same theme of how hard his hood/life is. This also brings down the album as JAB practically repeats the same theme on the majority of the tracks on the CD. â€œWhere I’m Fromâ€ is pretty much self-explanatory, though it is done well, at least when it comes to the verses. The hook once again features JAB trying to sing and the man does not have the best voice. â€œAin’t The Same For Ganstazâ€ is one of the most blatant rip offs I’ve ever heard. JAB basically got a producer to mimic Dr. Dre’s â€œThe Watcher,â€ and not only is the song wack but it opens up JAB for possible Copyright infringement if Dre ever hears the joint. The rest of the album plays out in a similar way as JAB excels in telling heartfelt ghetto narratives but falters out of this zone.

I know I’ve spent the entire review basically shitting on JAB’s album, but the truth is that the man is talented rapper and has immense potential. I picture JAB’s verses on the current Top 20 rap songs and I see him fitting in and selling well. The problem is that as it stands JAB’s hooks and production don’t make the cut. For one, the man needs to give up singing on the track. Jim Jones snuck one by on fans with â€œWe Fly High,â€ but off key singing shouldn’t be encouraged. The production and hooks don’t seem half bad sometimes but they just lack the polish that would make them worthy of radio rotation. Sometimes the bass is too high and it drowns out the rappers, other times the hook just sounds disjointed, and sometimes the production is just plain sub par. With the right production and presentation, JAB can definitely go places, as it stands he’s a rapper with great potential.