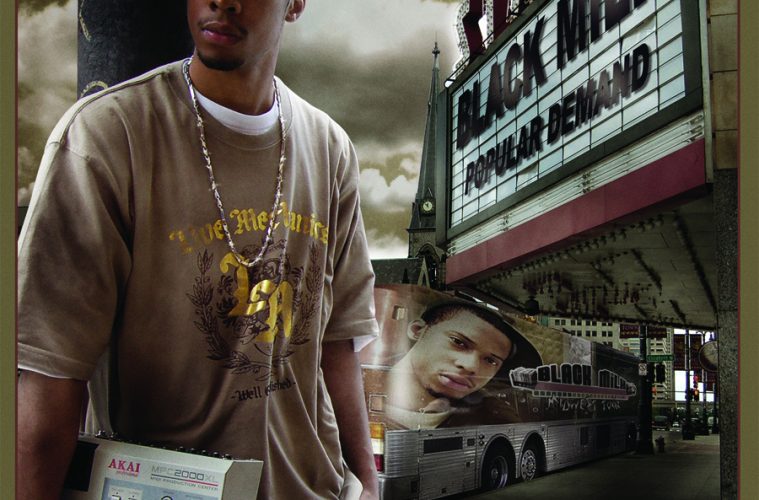 Black Milk’s journey began with only a cheap drum machine and time, as he drew on Native Tongue influences for inspiration and set to work obsessively in his basement, Ã  la Kanye West. He eventually hooked up with Young RJ and formed the production duo BR Gunna â€“ the team responsible for 11 out of 13 tracks on Slum Village’s “Dirty District” â€“ cementing a name for themselves as contending beat-smiths. Now, Black Milk has chosen to step out of the shadows of his record crates and, instead, rap over his own beats for a whole album. Thus, with his latest effort, he takes on the unenviable task of trying to establish himself as a premier double-threat MC/Producer. Following the likes of such hip-hop greats as the Large Professor, Pete Rock, J Dilla, and, of course, Kanye, Black Milk, born Curtis Cross, looks to bring his brand of rugged, sample-heavy Detroit soul to the fore and prove that his city is more than a only few acts of hip-hop illustriousness.

Following a lazy introductory skit, the album’s lead-off song of the same title, however, is not disappointing and acquaints the listener very well with Black Milk’s overall flow, delivery and production. The breezy melody meshes easily with Milk’s own breezy raps, but quickly gives way to the pounding beat of “Sound the Alarm,” where the bass dictates the tempo and sends our artist and featured guest, Guilty Simpson, running. Black then unites with Phat Kat for the slower, but uplifting, “Lookatusnow,” juxtaposing a nice keyboard stream to an easy drum line, while the two rappers compare old times to the new. “U” follows the same formula, adding a sped-up soul vocal, and sees Black Milk offer one of his only conceptual songs of sorts (also see “Three + Sum”), discussing love and relationships. Immediately, though, the mood changes back to the braggadocio raps prevalent throughout the whole album on “Shut It Down,” as he raps, “Rhymes con-gruent/ Yeah I still rhyme fluent/ Just because I do beats, ni$$as thought I might lose it/ Nopeâ€¦ I’m still tight to it like two dykes with strap-ons tied to ’em.”

The second half of the album features much of the same: consistent production with broad lyrics attacking would-be haters. “Say Something” starts and is interrupted throughout by a Just Blaze-type crescendo, mixed with a more sinister piano loop in between that all serve as background to Black’s battle-raps. Such content is continued on the more up-tempo “Watch Em,” which also features a fun melody that incorporates a clever soul clap to accompany the keys. Later, the listener is finally blessed with a Black Milk-Slum Village reunion as all members, including Baatin, show up to add that Detroit vocal flavour to cymbal crashes and keyboard swirls. Elzhi steals the song (although Baatin does give him a good run) with lines like the following: “You’ve see death swing to the right, then you lean left/ We battle; you sweat/ You seen death in between breaths.” In the end, though, Black Milk ends off the album in an off manner, using two instrumentals (one is used technically as the closer) to fill out the final three selections, which seems to interrupt the flow; however, “One Song” and the bonus track “Take It There” leave the listener with a good impression of what Black Milk can do, on the beat and on the mic.

While Black Milk’s flow is something different at first in comparison to other rappers, unfortunately it remains all the same throughout his entire album, offering little in the way of multidimensional delivery schemes. Both his rhyme patterns and content become too formulaic and, in combination with a highly over-used style-pause in both beat and rhyme in every song, all make for a redundant listen from the middle of the LP onwards. The same applies to the production. Although, overall, Black provides a consistently solid sonic background to his battle rap agenda, it is also too predictable with his regular use of both sped-up and regular speed soul vocal samples to anchor his beat, which itself displays too few signs of variety and nothing truly outstanding or memorable. On the other hand, this has created a more uniform and, beat-wise, an album that transitions well between songs, despite the sparsely distributed instrumentals and interludes that do not quite fit in â€“ that is not to say the instrumentals are weak, but are just misplaced at times.

Indeed, Black Milk shows his listeners that there is hip-hop in Detroit post-J Dilla; with his own brand of rugged hip-hop soul, Black will make sure of that. However, like many producer-cum-emcees before him, he needs to practice his mic skills â€“ I mean, for every two slick similes Black Milk shares on “Popular Demand,” there is a suspect one to go with it. Still, despite the brash heaps of better-than-you, chauvinistic, unfocused barrage of battle raps, there is serious potential. With more focus, insight and maturity, Black Milk can truly boast to be another gem from the Motor City.