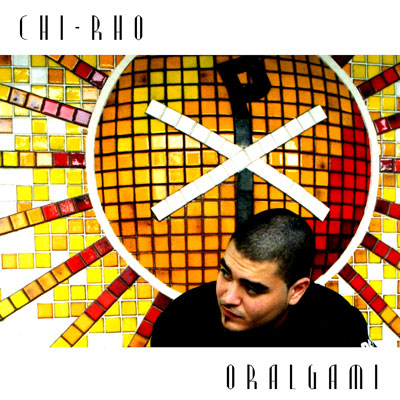 Let’s suppose. Let’s just suppose Chi-rho from the city of Chicago was offered that big record contract. That shipload of money. That world tour. Would he put his John Hancock on the contract? Or would he prefer pursuing his craft of “Oralgami” in the underground, where the art of hip-hop is true?

When Consequence dropped verses on A Tribe Called Quest’s classic “Beats, Rhymes and Life” in ’96, it seemed nothing could get in his way of blowing up. He possessed a tight flow, and was Q-Tip’s nephew by blood. He looked like the perfect man for the job to make the Native Tongues’ next step forward. Eleven long years later, the wait is over. His debut dropped on rising star Kanye West’s G.O.O.D. Music imprint. Consequence’s struggle can be derived from the title: “Don’t Quit Your Day Job.”

“I finally found some time to write
I’m off work, so I’m just going to sit down tonight
Why skip through my beats?
This one sounds all right
It’s like I have been busy for the past thousand nights
I been bound to write, but I have class at 20:10
I have to take them, so it will have to wait
Then there’s homework, I gotta work some more
Then I’m an hour late if I get to work at four
I mean, damn!, it’s been building up inside
Skilled enough to rhyme, still can’t muster time”

After hearing the above quoted “The Torches,” it looks like Chi-rho hasn’t quit his day job either. This MC, whose name is pronounced as Shy Row, is a rookie if you strictly look at his still non-existent recording history. The only thing he can put to the table to date is a successful performance of the song “Art Season” on Comedy Central’s Dave Chappelle Show. After that show “hip-hop fans around the world began a desperate quest to find out who Chi-rho was and how they could acquire his music,” if I have to believe the press kit. I had to shake images of groups of kids with baggy pants and hoodies searching high and wide, far and low; all carrying a copy of the Chappelle DVD in hand and humming the lighthearted piano key beat of “Art Season.”

But, with Consequence’s career in mind, it isn’t fair to only look at what someone has put out. Admitted, with “Oralgami,” he already managed to bring his first exploit to the world. Together with high school friend Blitz, who has chosen the piano as his sample weapon of choice, Chi-rho speaks of dreams, drinks, and ambition. Just by looking at his name, that ambition seems boundless. Chi and Rho are two Greek signs spelling the first two letters of Christ’s name. They spell as X and P in the western alphabet. The complementary symbol, depicted large as life on “Oralgami”‘s cover, was used by the Roman conquerors as a military emblem to strike fear in the heart of their enememies. Believe in me, or die.

“New kid with the right stuff
That lights up when he sits down to write stuff
You might huff and puff: you’re probably wack
A light punch, and chum shall probably crack
And I taught me that, so I learned from the best
You wanna be hot so bad, burn with the rest
They’re all the same; once they get involved in fame
When they got a couple bucks, now they’re sounding awfully plain
You know me better than that: Have I ever been wack?
Don’t answer that
Anyhow, now I got a veteran rap
Putting wet on the map
Go ahead on and clap
I throw my punchlines, trying to put your head in your lap

With that chorus in “So True,” Chi-Rho has me confused. The MC with a raspy-edged voice, who sounds like he is frowning 24/7, tells me he hates jobs and school, because they keep him from writing and performing. He is the “new kid with the right stuff,” and asks people in “Prepare the Stage” to tell everybody he’s “coming.” But in “So True” he says he wants to “rather be real than big,” and “rather mean so much to so few.” Artistic integrity is vital, go ask Consequence, but eleven years of making music without quitting your day job isn’t “true.” It’s just tough.

Chi-rho’s wordplay is enjoyable at times, but his confusing messages got the best of my listening pleasure after a while. Behind the boards, Blitz shows much more consistency. “Without Saying,” the only instrumental track on the album with blue keys and chopped soulful voices was the only song I felt like replaying.