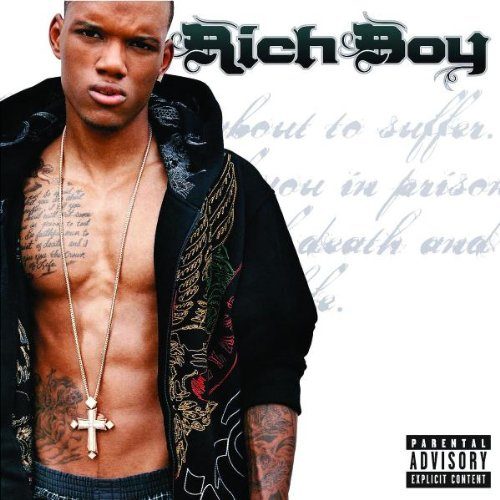 With those words Rich Boy and his partner in crime Polow Da Don gave birth to one of the most infectious hip-hop songs to come along in the last twelve months. “Throw Some D’s” had all the elements one needs to succeed and crossover from hip-hop to pop: a tight track that knocks in any audio system, a catchy sing-along hook that feels rebellious, and the one thing that every kid from urban urchin to John Brown suburbanite grows up dreaming about – one fly-ass whip. If you had the money to do it, why wouldn’t you “ball middle finger to the law” in a car with some shiny new rims on it? And for a rapper who calls himself Rich Boy there couldn’t be any choice other choice for rims other than an old school classic. You can’t put spinners on this man’s Cadillac, you’ve got to THROW SOME D’S ON THAT BICH, the classic Dayton wire wheel. That’s pimp, that’s lowrider, that’s ballin’ like a true player do; in fact that’s so old school the company that makes them used to pimp Ford Model T’s. Even if you hate on him because you can’t afford to roll like that, you can’t be mad at him for showing good taste. In fact Rich Boy showed so much of it that when the song went to the next level in popularity and a remix was called for, a slew of hip-hop all stars from Andre 3000 to Nelly to The Game came in for a Lil Jon “Throw Some D’s” remix:

The Game: “Nah I’m a keep it clean, ball when I hit the scene
Elbow out the window, show ’em how to gangsta lean
Put Cali on the map, Westside on my back
Hometown on my face, forty five on my lap
Twenty in my earlobe, hundred on my neck piece
Just bought a Bentley nigga and I’m a “Throw some D’s on that bitch!”
Pull up at the rim shop and “Throw some D’s on that bitch!”
Might as well cut the top
Let the sunshine in and the bass jump out
Hit the block 15’s vibratin the whole fuckin house”

Now with that kind of anticipation for a debut album, particularly when you’ve conspicuously avoided selling the “Throw Some D’s” single a la carte from any online download services, the first week sales for Rich Boy’s self-titled album are bound to be through the roof. Note the words FIRST WEEK in that sentence. With all due respect to Mobile, Alabama’s own Marece Richards, the “Throw Some D’s” gimmick is about as deep as Rich Boy can get on his album. After listening to his debut a few times through, you realize which of those “must have” elements for a hip-hop crossover hit was the most important – “a tight track that knocks in any audio system.” Polow Da Don wasn’t just the rapper with the funny second verse about how every freak “should have a picture of my dick on they walls,” he’s the musical producer who made the track fat. The problem is there’s a night and day difference on “Rich Boy” between the tracks by Polow that work hard and the ones that aren’t working. “Role Models” featuring David Banner is packed with punchy attitude and a whistling melody reminiscent of Lil Jon without being overly derivative. “Boy Looka Here” will definitely knock some pictures off the wall. “Lost Girls” has the Jamaican riddim and style that will have ladies running for the dancefloor. These songs are surrounded by shit sandwiches like the over-the-top R&B stylings of “Good Things” and “On the Regular,” and even the harder “Ghetto Rich” gets softened up by having John Legend on the hook. Still it’s as close to introspection as Rich gets:

Most of the rest of this album is monotonous thuggery delivered with an excessively thick accent even by Southern rap standards. Rich Boy could have improved his flow with better diction and breath control, but instead seems to have relied solely on the strength of his beats and “representin for the hoods where they feel me at” to get over. This strategy causes Rich Boy to fall flat on his face, especially when Polow starts ripping off other producers blatantly, such as his Pharrell styled “Touch That Ass.” A few guest producers step in to try and save things with mixed results and don’t end up changing this review’s ultimate conclusion: you can “Throw Some D’s” on a hooptie if you have the money but that still don’t make it a Cadillac. If the single and the remix end up being sold seperately now that the album’s in stores, sales are going to plummet by week two.