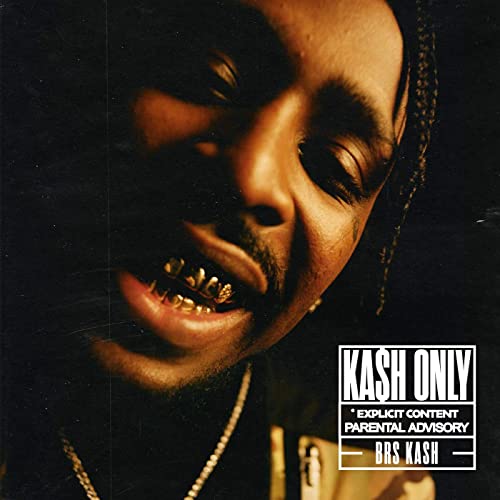 The Interscope distributed LVRN imprint is working hard to establish their presence as a new powerhouse in rap music. They’ve already inked 6LACK, Shelley (f/k/a DRAM) and Westside Boogie (f/k/a Boogie) among others. Their latest signee is another “formerly known as” rapper — BRS Kash f/k/a KashKash out of Atlanta. If I didn’t know he was A-T-L the first thing I would have thought listening to “Kash Only” was that he was from New Orleans. The track “Kash App” featuring Mulatto isn’t just a tribute to Cash Money Records, it’s damn near a cover song. You might think you’re listening to Juvenile’s “Back That Azz Up” when you hear that bounce.

It’s refreshing to hear a modern rapper do a throwback tribute like that, but it’s not his affection for late 1990’s hip-hop that made him famous. Kash got famous for the song “Throat Baby (Go Baby),” an unabashed ode to oral sex and how much he enjoys getting it. There’s nothing subtle about it at all. “Head like that? Shit, pussy don’t need it/When she get hungry she eat my semen.” Even Uncle Luke would be impressed with how frank BRS Kash is.

The viral popularity of the track led BRS Kash to include a remix on “Kash Only” that features City Girls and DaBaby. It also led Kash to assume “if it ain’t broke don’t fix it” and record an entire album of over-the-top sexual escapades. This too is far from subtle. The song titles tell you exactly what Kash is about and what you’re going to hear from him. “Dance on the Dick” is another track that sounds like old school Mannie Fresh, “So Freaky” sounds like contemporary Metro Boomin production, and “Yea” is a carbon copy of any pitch corrected AutoTune currently on the airwaves.

If I said this wasn’t a little disappointing I’d be lying. It seemed like BRS Kash had the potential to be something different in rap in 2021 — a modern day Atlanta rapper who sounded like a N’Awlins retro rapper — but he happily falls into the same tropes as every new artist releasing an album. I’m fine with all the crass sex raps, despite the fact BRS Kash is clearly a receiver and not a giver, but there’s nothing on “Kash Only” other than being a nymphomaniac with a couple bounce tracks to make him stand out from the pack.