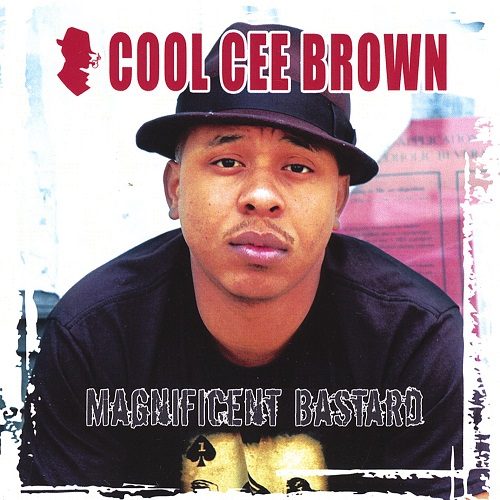 Washington, D.C. is America’s cultural and political center. Well, in all honesty we might have to give New York City the title of cultural center, but D.C. isn’t far behind. With its rich history and attractions such as the Smithsonian, it’s hard to argue D.C.’s importance in shaping and maintaining the culture in America. Yet, D.C. seems stuck in the past when it comes to culture. Nowhere is it more apparent than in the rap game where the city has made no significant contribution. One could try to attribute this to the fact that many people who would have claimed D.C. as their hometown choose to live in the surrounding Maryland and Virginia counties due to property prices. And it is the case that after 5:00 on weekdays there is a mass migration from D.C. outwards. But there also are a large amount of people who call D.C. their permanent home and it’s no surprise that among those are a lot of rappers. Cool Cee Brown is one of the people that remains in D.C. and is also a rapper. Up to this point his music has also been confined to the D.C. area though things will hopefully change after fans tune into “Magnificent Bastard.”

Cool Cee Brown starts things out on the right foot by featuring an appearance from Phonte of Little Brother on “No Fear.” Though the track isn’t the best from either artist involved, it at least gives those hesitant to peep a familiar name to go on. It’s also a good sign when the song featuring the critically acclaimed guest rapper isn’t the best track on the album. Listening to the rest of “Magnificent Bastard” it’s clear why Phonte agreed to feature on the album in the first place. Cool Cee Brown’s music is a mix of gangsta rap and conscious rap that is hard to come by. Cool Cee Brown does tend to sway towards the positive side of things on his music, but it is clear that his childhood growing up in Washington D.C. influenced him. So much like Common and Mos Def, Cool Cee Brown is able to make positive music with a street edge and without sounding preachy. “In the Kitchen (Yayo)” is the perfect example of Cool Cee Brown at his best as he makes a track about his hustle in the rap game. If you want to take it as an inspiring anthem about hustling legally you can do so, but if you wanted to use it as your inspiration for pushing real weight it would serve the purpose just as well. “When The Well Runs Dry” is another track where Cool Cee is able to walk a fine line as he addresses Hurricane Katrina but maintains sincerity and genuineness. “You Don’t Know Me” is the deepest song on the album as Cool Cee takes us through the various tragedies in his life and shows us that just because a rapper is positive doesn’t mean he hasn’t been through the same things so-called “gangsta” rappers claim to have experienced.

Cool Cee can also drops songs about relationships without being cheesy or jumping to the other extreme and being too disrespectful. “Insecure,” “Natural,” and “Because” are all tracks addressed at different aspects of relationships. None of them are dedicated to the good aspects of relationships, and Cool Cee does focus on the negative side of things. But rather than present an image of all women as “hoes” or “bitches,” Cool Cee makes it clear he’s just expressing his recent experience in relationships â€“ let’s just hope he starts having some positive experiences some time soon. The album also contains a bonus track entitled “Hollywood” by Ultrathug and The Shitty Butt Gangstas. It’s obviously a concept track in the spirit of Masta Ace’s “Slaughtahouse” and it proves entertaining for what it is.

In the end, “Magnificent Bastard” was a refreshing and unexpected experience. I have to admit I’m not the biggest Little Brother fan mostly because I think they get too preachy. Fortunately, Cool Cee Brown avoids the pitfalls that stunt the growth of other conscious rappers. He also shows us that you don’t need big name producers to put together an album’s worth of quality music. The only big complaint one can throw out there is the fact that Cool Cee Brown tends to forget positive aspects of relationships when he’s going through drama. Next time around he might want to take a step back and remember the good so he can provide an even more balanced album. Regardless, Cool Cee Brown is definitely someone worth peeping for those who enjoy good rap music. With more efforts like this, it should only be a matter of time before D.C. starts getting some rap respect.